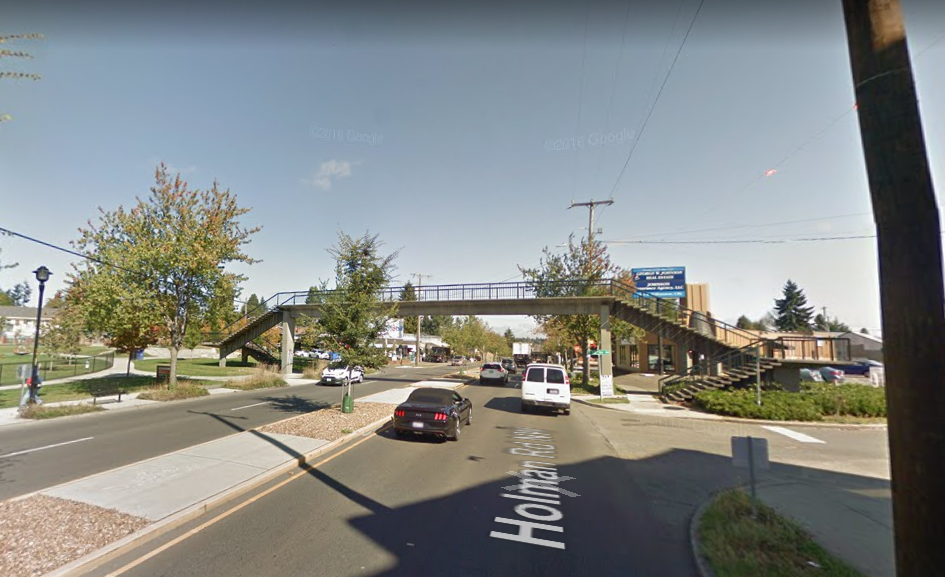 Holman Road is a busy arterial connecting neighborhoods in Northwest Seattle. Stretching from N 105th St in Greenwood to 15th Ave NW in Crown Hill, it stitches together places like Ballard and Northgate to serve as a primary corridor for frequent bus service and freight. In 2016, community members–including members of the Ballard Greenway coalition–came together to develop a plan to address safety concerns for a small stretch for the road. They submitted a Neighborhood Street Fund (NSF) request in 2016 to signalize the intersection of Holman Rd NW and 13th Ave NW. The NSF request was ultimately one of a dozen successful proposals awarded funding and is now going through the stages to full design.

The Seattle Department of Transportation (SDOT) has confirmed that it is ultimately recommending that a signal be installed to support the North Seattle Neighborhood Greenway, which is planned for the area. Signalizing the intersection comes with other interventions to the street design and removal of the pedestrian overpass. The latter, however, has received some criticism from community members who support the continued existence of the bridge for ease of crossing the street. Additionally, many in the neighborhood consider the overpass a unique and recognizable landmark. The overpass is not ADA-accessible, however, and a fully signalized pedestrian crossing would render it obsolete.

As indicated in the recommended design concept plan, changes to the street would include:

However, SDOT is evaluating whether or not the overpass will remain. If it is kept, the design for the new signal would be somewhat different. In an e-mail, SDOT communications specialist Sue Romero said:

There is only one marked crosswalk at this intersection if the overpass remains, so bicyclists approaching from the east would travel to the southeast corner of the intersection and push a pedestrian/bicycle button for detection. However, the signal operation and design will likely be modified from what is currently shown if the pedestrian overpass bridge is to remain so there might be opportunities to have in-street bicycle detections or curb-side bicycle pushbuttons to cross Holman Road.

SDOT plans to provide updated information on the intersection design later this month.

The title image is courtesy of Google Maps.