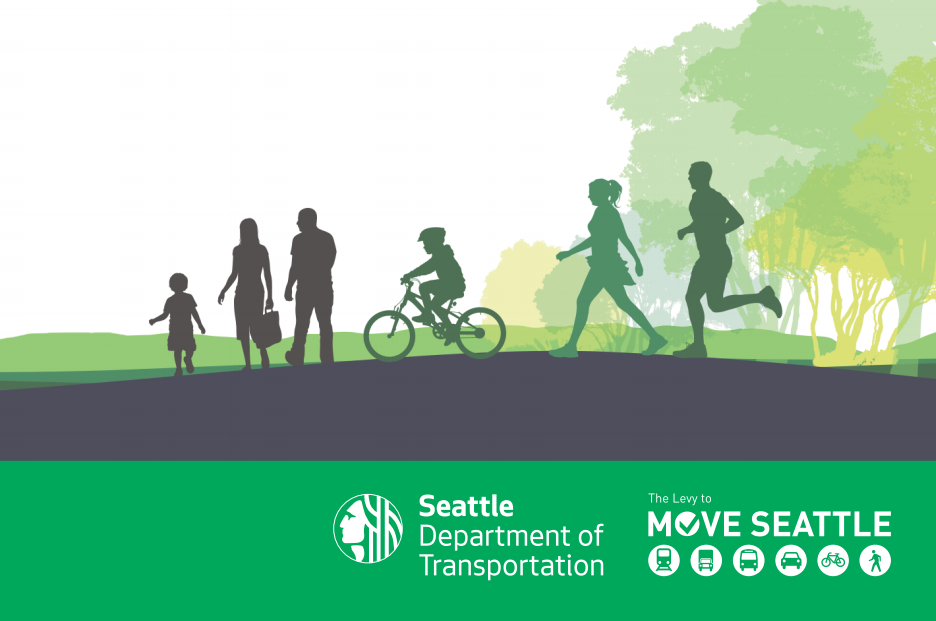 Through Sunday, the Seattle Department of Transportation (SDOT) is offering a survey to get feedback on a concept for the Central Ridge Neighborhood Greenway and associated Safe Routes to School (SRTS) connection. The greenway and SRTS connection are intended to thread together neighborhoods from Judkins Park to North Captiol Hill with a cohesive family-friendly corridor safe for walking and biking. As a greenway, SDOT will focus on street calming techniques, such as reducing posted speeds, adding speed humps, modifying intersection designs, and adding signs, signals, and flashing beacons. SDOT will also sign the corridor to clearly identify it as a greenway.

The proposed 2.5-mile route would largely follow 18th Ave, though portions would jog down E Republican St and 16th Ave. The greenway would splice together other nearby greenways and trails along the route like E Columbia St, Central Park Trail, and future greenways on S King St and 18th Ave north of E Republican St. Within blocks of the proposed greenway, there are many schools and parks as well as significant retail districts, cultural venues, and Swedish Cherry Hill medical center campus. 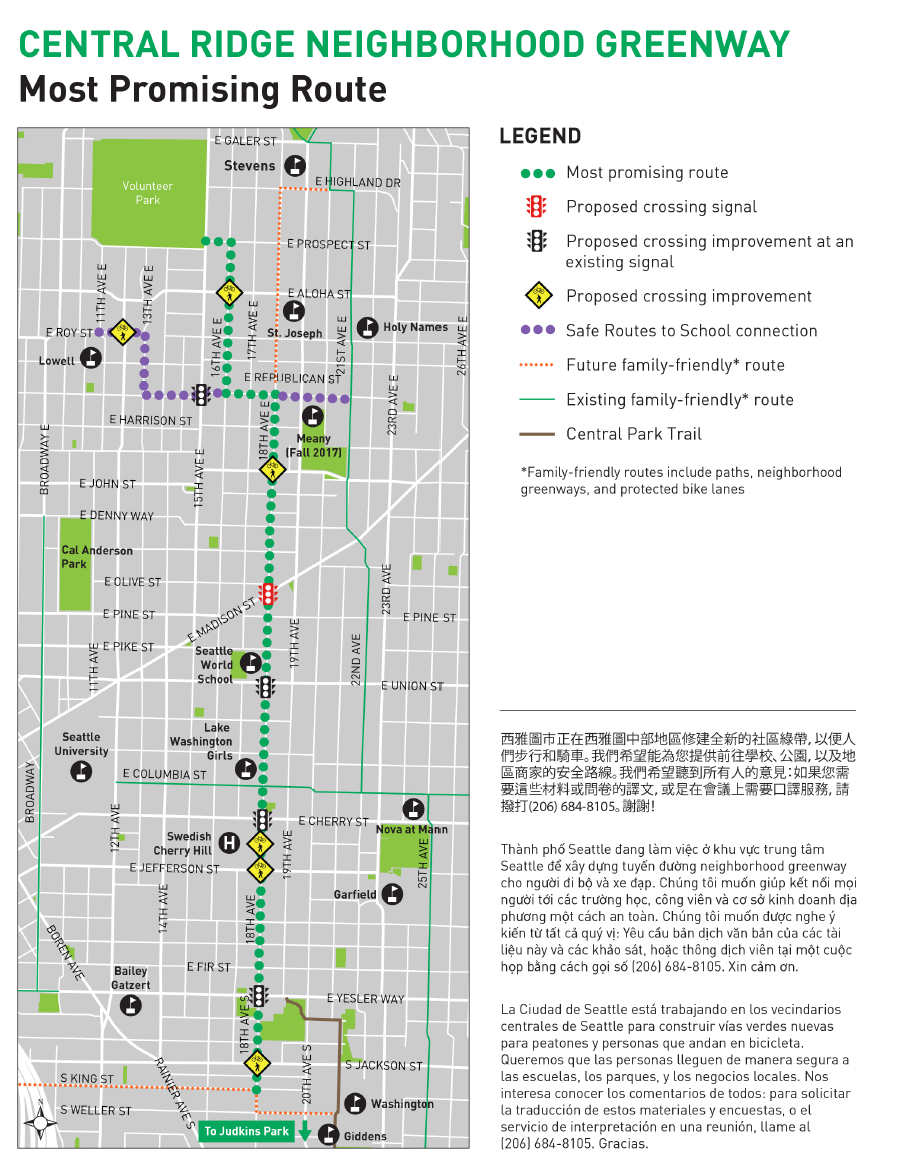 The survey calls out special attention to the intersection of E Aloha St and 16th Ave E. In both scenarios, new crosswalks and speed humps would be added, but the main intersection could either be raised as tabletop with ramps or painted to draw attention to it.

Meanwhile, SDOT wants to know how the community would like bike boxes designed. Using the intersection of E Cherry St and 18th Ave as example, SDOT’s concept show two variants of bike boxes either behind or in front the crosswalk.

Finally, SDOT is soliciting feedback on one of the biggest investments in the project: a signalized intersection at E Madison St and 18th Ave. The proposal would:

Also notable with the Madison intersection is its relationship to the Madison BRT (RapidRide G Line) project. Bus stops for the RapidRide line would be located a half block or so west of the intersection.

SDOT intends to finalize the route this fall and begin formal design in 2018. Construction on the greenway would follow in 2019.