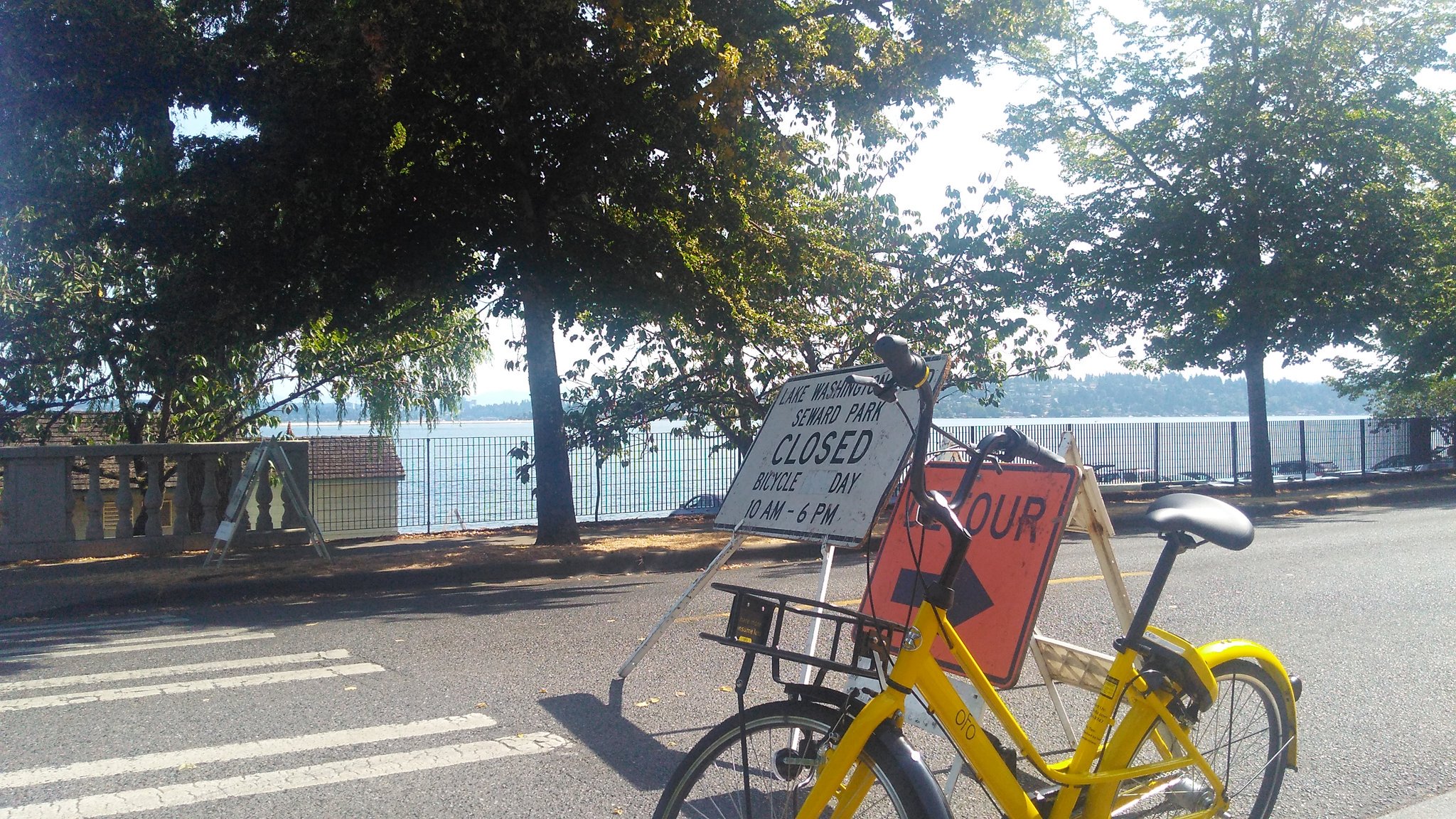 Last week, Chinese bikeshare company Ofo became the third private bikeshare operator to be given the green light to join the pilot phase of Seattle’s new era in bike share, with the Texas-based operator VBikes apparently coming quickly on Ofo’s heels in the next week or so. That brings the total number of possible bikes on Seattle’s streets to 3,000, with the possibility of going to a lot more bikes right after Labor Day as we enter month three of the pilot.

As the pilot continues to ramp up, what isn’t clear is exactly the equilibrium that the city will end up at. What number of bikes distributed across the city will work best for residents and the bikeshare companies themselves? While the slow ramp up has allowed everyone to get used to the new dockless bikeshare situation, complaints have been pretty common: no bikes in certain neighborhoods, bikes that aren’t where the app says they’ll be.

Whether these issues will simply be resolved by adding more bikes is an open question. In six months, when the pilot becomes a full-fledged program and there are (presumably) no caps on total number of bikes, how will the system work? With at least four bikeshare companies, users of the bikes will disagree over which is better, but one narrative that is consistent across town is: this is better than Pronto.

Of course, it’s not fair to compare a city-wide four-company system with a few thousand bikes and counting to a half-implemented public-private partnership that topped out at 500 bikes before the City pulled the plug. But if Seattle is able to implement a full bikeshare program without needing to invest tax dollars, all the better. But the issue of what “success” looks like is going to be trickier to pin down.

The virtues of a stationless bikeshare network are clear: grab from anywhere, go anywhere. The downside to that model is that every trip is equally encouraged, or rather no trips are discouraged, as long as you’re willing to bike the distance. The CEO of Limebike, Tony Sun, asked CNN a rhetorical question as part of their piece on Seattle bikeshare: “Would you prefer to use Uber, which can pick you up at any location? Or would you prefer to go to a bus station, which only has 20 or 30 locations?” With Uber of course, after you’re dropped off at your house, the car doesn’t sit there until someone else comes along to that exact spot for a ride. More about Uber’s idiosyncrasies here.

This past weekend, I took a Spin bike from Pioneer Square to South Park, and was surprised at the number of bikeshare bikes that had been abandoned along Marginal Way in SoDo, or underneath the West Seattle Freeway. I even passed a couple standing next to their newly parked Limebikes who told another cyclist (who assumed they were lost) that they were simply waiting for their Uber: they had ridden from West Seattle for a while and given up. Their bikes, parked next to the Coast Guard base, would not be scooped up by anyone anytime soon. In any sensible bikeshare system, there needs to be a way to discourage this type of trip pairing. If not, then a rebalancing crew will need to work hard making sure that bikes do not accumulate in out-of-the-way areas.

There needs to be some other force countering the bias toward downhill trips, the bias toward trips ending in less dense residential areas, and the bias toward recreational trips that end nowhere. Not particularly encouraging any particular type of trip also becomes problematic when a lot of people want to take the same trip: from a transit stop to Safeco Field, for example, or from Columbia City Station to downtown Columbia City or Hillman City.

The One Center City process has not focused much on bikeshare as a mobility tool, having been mainly concerned with overall bicycle infrastructure Downtown–and even then halfheartedly. But with transit agencies looking to get buses out of congestion by forcing riders to transfer at transit hubs like Montlake and the International District, bikeshare could provide a lot of Downtown workers with an easy solution to their last-mile problem of getting from a light rail station to their office building. This problem will be particularly acute in areas like Belltown, Denny Triangle, and South Lake Union, which are just outside the optimal walkshed of most Downtown light rail stations.

In order for bikeshare to work as a part of the transportation network in this way, it needs to be reliable. Time savings over walking or hopping on a bus can end up being negated by the act of running around looking for a bike, particularly when you’re looking on four separate bikeshare apps.

The Seattle Department of Transportation can help solve this issue easily. It should consider creating bikeshare hubs next to high-demand locations like Westlake Station and Columbia Tower, and encourage partner organizations like Seattle Parks and the University of Washington to follow suit. These could be created out of on-street parking spaces much like regular bike corrals, but they don’t need to have bike racks. The important part is that the bikeshare companies would then add the locations of these hubs to their apps, so users can find them easily. Because this reduces costs for the bikeshare companies who might otherwise have to rebalance a bike, they might also decide it’s in their interest to encourage using the bikeshare hub by offering ride credits to customers who utilize them.

Dockless bikeshare is proving very successful in Seattle. The number of rides alone is proof enough that neither the King County helmet law nor bikeshare as a whole was the impediment to getting people on bikes. But to truly harness the power that bikeshare can provide, that of a reliable last-mile solution that makes car-free transportation easier and more accessible, we need to think hard about what will make bikeshare truly integrate with the transit network and turn our network of private bikeshare operators into a true city utility.

Will Private Bikeshare Poison The Well in Seattle?