In 1960, just several years after the devastation of the Korean War and with 35 years of armed Japanese occupation in the recent past, Korea was in such dire straits that a comparatively wealthy Kenya  extended relief efforts to the peninsular nation. Now, World Bank data puts South Korea at a purchasing power parity adjusted GDP per capita income of $35,750, sandwiched comfortably between Spain and the Czech Republic. Explanations ranging from the existential terror of North Korea to Korea’s lack of natural resources are commonly given as reasons for South Korea’s meteoric rise from poverty; however, often unaccounted for in this development narrative are Seoul’s world class system of mass transit and its dense urban living arrangements.

A recent working paper by Chang-Tai Hsieh and Enrico Moretti from the University of Chicago and Cal Berkeley respectively suggests that from 1964 to 2009 restrictive zoning ordinances may have lowered America’s GDP (gross domestic product) growth by as much as 50%.

This boils down to an issue of supply and demand. By limiting the amount of housing stock that can be built on a given plot of land, local zoning laws have artificially lowered the maximum population density of most major American cities even while demand for living space in these cities has skyrocketed. This has diminished geographic mobility (the ability to easily move from one city to another) and has directly led to needlessly excessive rent and property prices. Exacerbating this problem is strong evidence suggesting that productivity and population density rise in tandem with density exerting a multiplier effect on economic growth.

To better understand how Seoul has managed to evade this problem by achieving a population density twice that of New York City, I spoke with professor of Urban Sciences at the University of Seoul, Shin Lee.

Lee credits much of Seoul’s earlier success to its then authoritarian government. Noting that oftentimes beneficial policies can prove immensely unpopular among entrenched local interests, Lee said, “Authoritarian regimes can make an amenable environment for implementation.”

Lee continued by saying that although a policy may be well crafted, “public acceptability [can] become a barrier to implementation.”

However, Lee went on to state that many of the more recent improvements in Seoul’s system of mass transit, including expansions of regional rail lines and Seoul’s bus fleet, are the product of democratic institutions, particularly Seoul’s mayoralty. Invoking the role of public voice, Lee explained that a combination of strong political will on the part of elected officials and sensitivity to the needs of regular citizens can combine to effect positive change in the public sphere.

While Seattle and Seoul share little common-ground in terms of geography, history, culture, and demographics, there are some areas where Seattle could take a page from Seoul’s developmental handbook. Less restrictive zoning ordinances and a commitment to building dense, mixed use developments would almost certainly provide a boon to housing affordability, geographic mobility, increased use of mass transit, and a lower reliance on personal vehicle ownership.

Regarding mass transit, Lee touted the benefits of improved busing relative to a costly, fixed heavy rail system. In order to reap those benefits, Lee believes that buses will first need to undergo an image overhaul.

Lee noted that by improving the comfort, frequency, and punctuality of Seoul’s bus system, Seoul has been able to lure away a large portion of middle class former single occupancy vehicle drivers. I can personally attest that not only are Korean buses more comfortable and more punctual than their Seattle counterparts, but, on a more personal level, I have never been threatened with physical violence while riding on a bus in Seoul; I cannot say the same for Seattle.

Moreover, Lee pointed out that strongly enforced exclusive bus lanes leading from Seoul’s suburbs and satellite cities into the city center have proved to be a strong incentive in favor of mass transit. The Seoul metropolitan area has nearly 100 miles of exclusive bus lanes and many of these bus corridors have met the internationally recognized standards of the  Bus Rapid Transit (BRT) rating system. By looking at diverse factors ranging from dedicated right-of-way, off-board fare collection, and easily accessible boarding platforms, BRT comprehensively evaluates bus systems for speed, efficiency, and user satisfaction. While Seattle already has a number of bus only lanes and it is on the edge of BRT excellence with its Madison bus corridor, these are currently limited in scope and could benefit from further expansion and refinement.

Fortunately, Sound Transit 3, which is currently being implemented over a 25-year span, promises several BRT corridors to be phased in starting in 2019. While Sound Transit 3 promises significant expansions in light rail and rapid bus service, Seattle still has a long way to go before it can match the inter-connectivity and overall density of Seoul’s transit system.

Of course, mass transit is not cheap and a sudden expansion of Seattle’s bus fleet may be beyond the fiscal means of the city at present. Beginning in the early 2000s, Seoul re-organized a number of privately operating bus companies under the auspices of the Seoul Metropolitan Government. Opening mass transit to private companies and coordinating and enforcing a uniform fare, set routes, and schedules was an incredible but ultimately worthwhile endeavor that Seattle may consider emulating.

Lee also mentioned the importance of congestion charging—a useful tool for accounting for negative externalities inflicted by our current transportation system which heavily subsidizes the true cost of driving. While some may criticize congestion charging for disproportionately hurting low- and middle-income workers, an increased commitment to public transit will greatly alleviate this pressure.

Ultimately, Lee believes that strong political leadership is critical to the creation of any comprehensive mass transit system owing to the fact that, “citizens think individually, not collectively.” However, Lee cautioned against any attempt to copy Seoul’s transit system wholesale. Having lived extensively in Korea, America, and Britain, Lee is no stranger to the importance that culture plays in the role of policy-making. Echoing common sentiment, Lee believes America has a more individualistic culture than Korea, one that may resist heavy, top-down planning. However, Seattle does not need to become a miniature Seoul (nor should it) for it to adopt some of Seoul’s more successful practices.

As of 2017, Seattle is the fastest growing major city in the nation. For Seattle to manage its growing pains, it should take a page out of Seoul’s game book and embrace high-density mixed-use housing developments, invest and expand its current bus operations, experiment with congestion charging in the city center, and possibly open up mass transit to private investment and involvement. The policy changes needed are neither novel nor extreme, but they will require an active, organized citizenry and responsive, strong willed leadership by our elected officials. 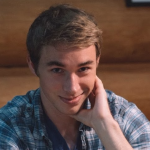 Talon Abernathy grew up in Kent, Washington and attended the University of Washington where he majored in Political Science with a concentration in Political Economy. He currently lives and works in the greater Seoul metropolitan area.