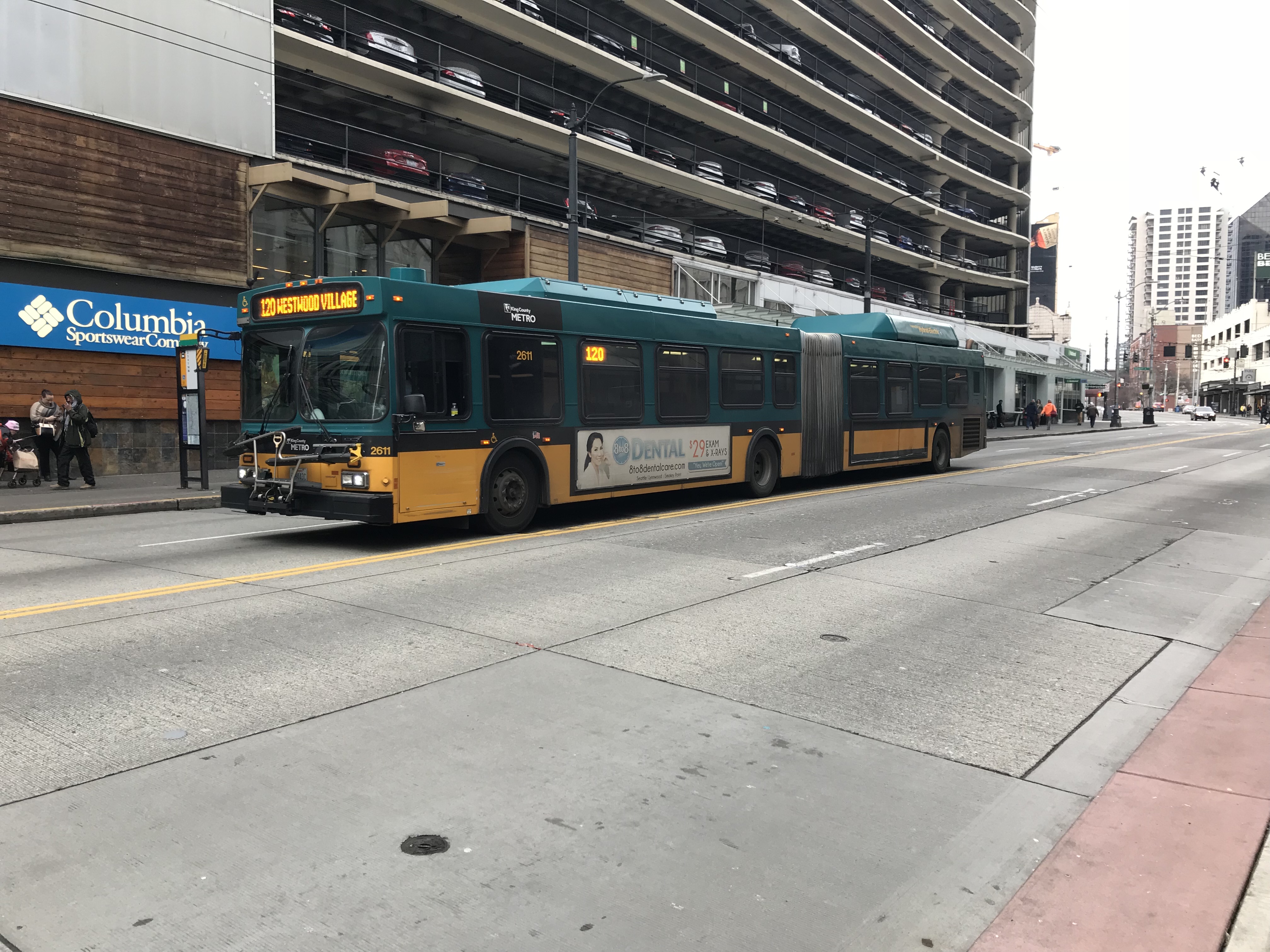 In 2020, King County Metro Transit will relaunch the Route 120 as the RapidRide H Line offering greater frequency, increased span of service, and improved service quality. The route threads together communities from Downtown Seattle to Burien by way of Delridge and White Center on a 13-mile corridor. On weekdays, over 9,200 passengers board Route 120 buses daily at 80 stops. Metro is now seeking additional public feedback on service concepts that would consolidate the number of stops by a third and modify the routing of buses through White Center and Burien. The transit agency also wants to know riders’ priorities, such as security, traffic calming, and pedestrian and bicycle access improvements.

Metro is planning to give Route 120 a big upgrade with an increase of weekday bus trips from 165 to around 230 and standard RapidRide features. Service on RapidRide corridors frequent with buses coming at least every 10 minutes during peak hours and running late into nighttime hours. Bus stops are designed for easy level boarding, off-board payment, real-time arrival information, and higher quality shelter. Buses are uniquely branded, allow for three-door boarding, and have free Wi-Fi. Other standard elements that Metro plans to employ are targeted investments in bus-only lanes, bus bulbs, queue jumps at stoplights, and transit signal priority. Together, these features help keep buses moving and speed up overall service.

The online open house highlights a variety of different topics for riders to weigh in on. These include:

In Downtown Seattle, stop pairs are not proposed to change. However, the terminal of the RapidRide H Line may be further extended north on Third Avenue and could add one or more stops.

Metro is proposing two options for RapidRide H Line routing and stops in each the White Center commercial core and Downtown Burien. In both cases, buses could continue to operate on the existing Route 120 alignment albeit with one stop consolidation on SW Roxbury St and 15th Ave SW each or operate on slightly modified pathways. Should buses be rerouted through the White Center commercial core, Metro would seek to move the RapidRide H Line closer to the retail heart by serving the intersection of 16th Ave SW and SW 98th St; several stops on 15th Ave SW could then be consolidated. Downtown Burien could see buses operate on SW 150th St instead of SW 148th St more directly serving the burgeoning urban district.

Metro is considering a variety of other corridor improvements to help riders have better access to the RapidRide H Line. Changes to street crossing and new bike lanes could be installed to assist riders in accessing bus stops. General traffic calming measures and addition of lighting could also be employed. Metro is looking for feedback on the use and location of different techniques that should be used.

Metro will hold a series of public meetings over the next few weeks for communities affected by the future RapidRide H Line. The meetings include the following:

Alternatively, feedback can be provided via the online open house through January 15th.