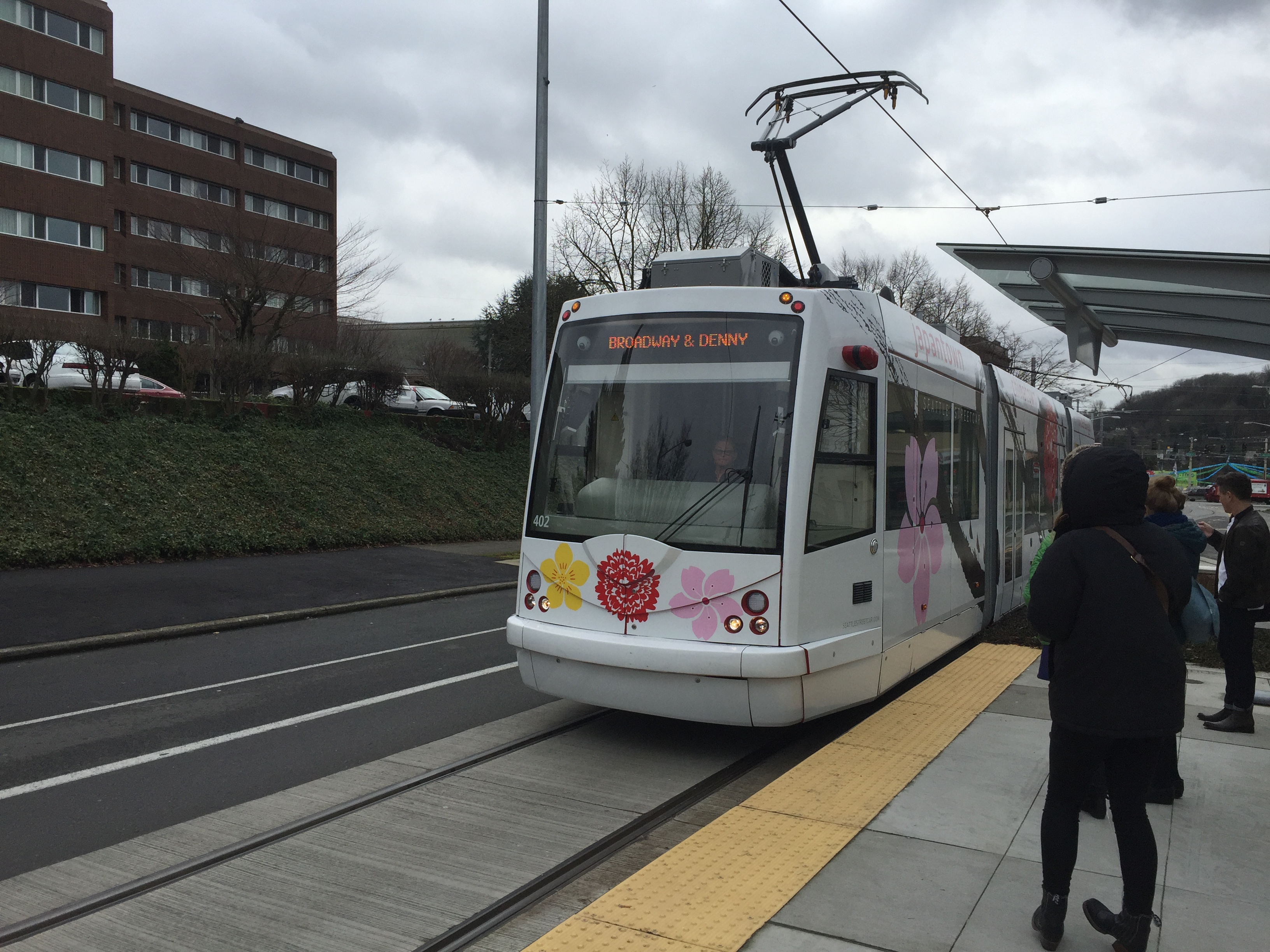 On Tuesday, the Sustainability and Transportation Committee of the Seattle City Council received updates on the downtown circulator and streetcar system speed and reliability improvements. Ben Noble, director of the the city budget office, was also on hand to address operations cost dispute for the Center City Connector project.

Staff from Solid Ground and the Seattle Department of Transportation (SDOT) provided an update on the downtown circulator. The circulator has been operated by Solid Ground since 2012 as a free bus service for low-income riders who need access to health and social services in Pioneer Square, Belltown, and First Hill. The service operates on weekdays at half-hourly frequencies in one direction and is funded by $350,000 in grants annually.

The rider survey was in depth and reached a good chunk of riders. Riders indicated that they were very pleased with the service and greatly appreciated the operators. The average rider used the service five rides per week and found out about the circulator by word of mouth (37.5%), from a service provider (11.6%), or news-flyer (10.3%). That word of mouth is the main advertising may partially explain the drop in ridership. Medical (22.0%), shopping (18.8%), other services (18.6%), and commuting (18.0%) trips were the primary reasons why riders chose the circulator.

Riders indicated a strong preference for riding the circulator over discounted fare services on other transit agencies. A full 53.6% indicated that preference. Riders also indicated ways thought the circulator service could improve, such as adding weekend service (37.6%), expanding the route (24.2%), and extending hours of operation (20.5%).

In considering future actions of how to operate the circulate, presenters suggested three things to evaluate further:

Councilmembers at the meeting expressed support for the program. The service remains funded for the next year.

SDOT provided a general update on the department’s efforts to improve speed and reliability of the existing streetcar network. Some improvements have already been implemented, such as Jackson Street and Yesler Way where transit signals were added and certain on-street parking and turn restrictions were imposed in 2017 to improve speed and reliability on the First Hill Streetcar Line.

SDOT recently proposed additional improvements in Capitol Hill to speed up buses and the First Hill Streetcar Line. Strategies that could be implemented this summer include turn restrictions, re-timed lights, and a new business access and transit lane on Broadway.

South Lake Union is of particular concern for streetcar movements. The area is heavily choked with vehicles at major intersections headed out of South Lake Union and into Downtown. SDOT wants to prevent blocking of streetcars. At Broad Street and Westlake Avenue, SDOT plans to install right-turn restrictions in the peak afternoon. This could also help buses navigating the corridor. At Fairview Avenue, SDOT will eventually install a streetcar-only lane as part of the Roosevelt RapidRide project. And on Terry Avenue, SDOT is considering a streetcar-only lane between Thomas Street and Mercer Street on its northbound circuit. Turning restrictions could also be imposed on Terry Avenue.

During the meeting, Councilmember Rob Johnson lamented that transit-lane camera enforcement bill didn’t pass out of the state legislature. He suggested that segments of the streetcar corridor could have qualified for the pilot enforcement program and helped save streetcar riders time.

The streetcar improvements have varying degrees of impact on speed and reliability. In many cases, the improvements provide the most bang for the buck at peak travel hours whereas others provide all-day improvements. The Broad Street/Westlake Avenue right turn restriction is estimated to cost a meager $5,000 while delivering up to two minutes in travel time savings for the South Lake Union Streetcar Line during peak afternoon periods. These are the kind of cheap investments that can deliver immense benefits.

Installation of the full suite of streetcar improvements is expected by late 2019. The time that they will cut down on trips and improving operations are critical not just for riders today, but also to the eventual rollout of the Center City Connector, which will extend the alignments of the First Hill Streetcar and South Lake Union Streetcar Lines through Downtown Seattle.

City budget office director, Ben Noble, and interim SDOT director Goran Sparrman had a frank discussion with councilmembers about the operations costs for the streetcar system once the Center City Connector is completed. Last week, The Seattle Times published an article that showed King County Metro Transit did not agree with the staffing levels and operations costs that SDOT has estimated to run the connected streetcar system. An internal draft Metro memorandum asserted that SDOT’s business case on operations was off by $8 million and dozens of staff.

Mr. Noble said that his office would conduct a review of the costs as an impartial third-party to review of the streetcar program, including the operations aspect. His office will work closely with the city council and SDOT to conduct fact-finding. A consultant will also be commissioned to assist with the effort. The timing of this, however, is very critical since the streetcar project is already under construction. New trams are set to be purchased in the next few weeks, and steel to begin construction of the rails will be delivered later this spring.

Councilmember Johnson asked Mr. Sparrman about cost sharing agreements like the streetcar and how negotiations might play out. Mr. Sparrman said that parties typically “start at a particular bookend” and eventually meet at a mutual point of agreement based upon various factors. He also said that it’s not atypical for different departments to have very divergent views on costs of a new program, particularly when responsibility for it is shared. Councilmember Johnson also seemed to suggest that this dynamic might be in play with the streetcar operations costs. Mr. Sparrman said that an agreement with Metro on cost sharing was poised to happen in June this year, but with the recent issue coming up it would likely be accelerated.

Whether or not the project will be slowed, or “paused” as Mr. Noble said, is not yet clear. Some timeline aspects of the project could certainly be slowed, but meeting deadlines for federal funding is a critical concern and working within other contractural obligations and cost savings of locking in agreements now will undoubtedly be serious concerns with slowing the project. The budget office will provide its assessment to the city council in the coming months.