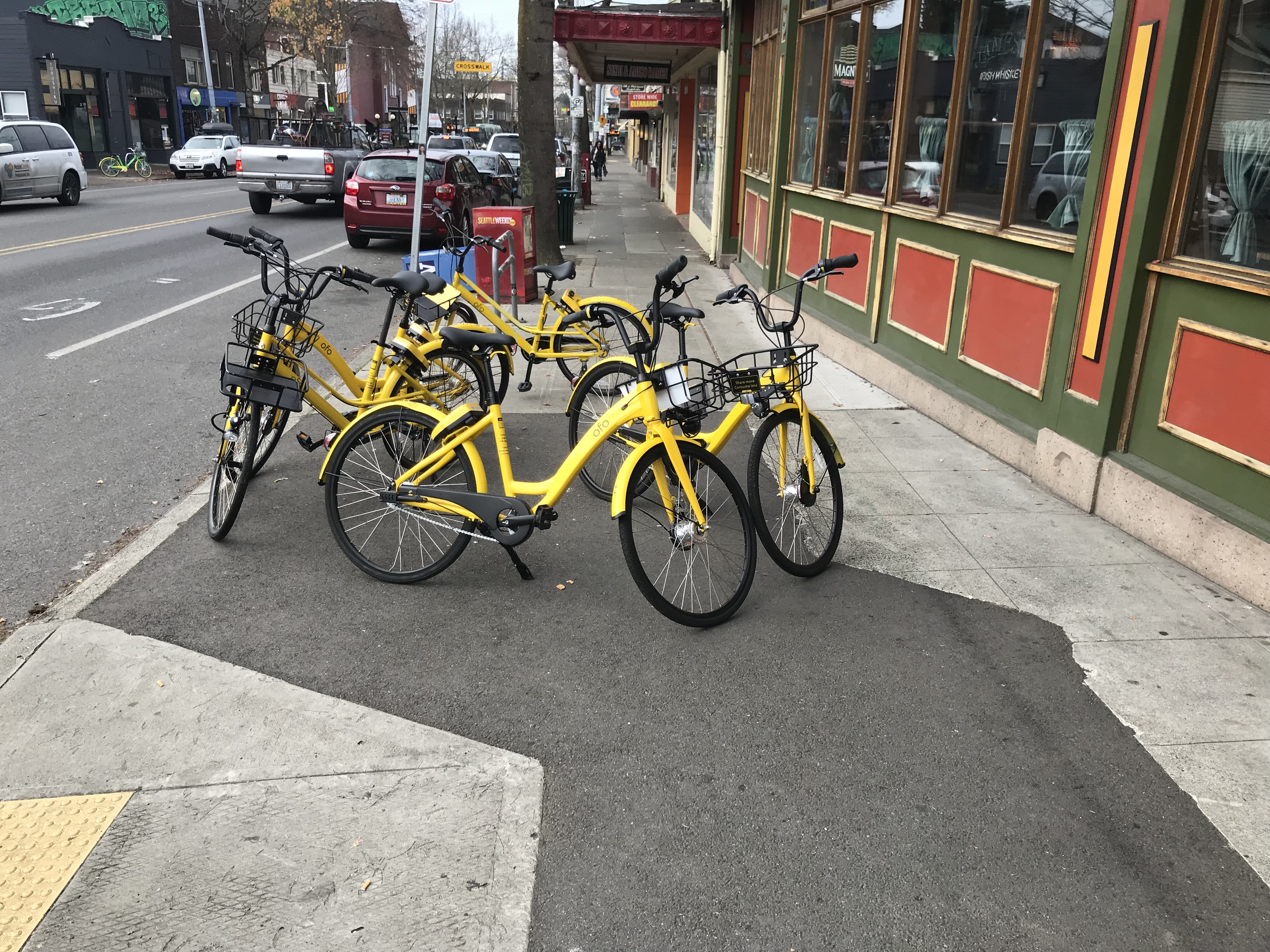 The Seattle Department of Transportation (SDOT) launched a user survey of dockless rental bikes. Since June, several operators like Limebike and Spin have provided “free-floating” rentable bikes to users via a phone app in the wake of SDOT folding public dock-based bikeshare dubbed Pronto. Dockless rental bike companies have been operating under a pilot program and temporary permits until SDOT can draft and finalize new rules for the companies to abide by.

Norm Mah, public relations supervisor for SDOT, framed the dockless pilot as a big improvement over Pronto as he reported operators logged 468,978 trips in the first six months (from July to December 2017) compared to Pronto’s 278,143 trips in 30 months. That works out to 2,572 trips per day. There were 10,000 total dockless rental bikes as of December 2017, Mah said.

It’s not possible to calculate a rides per bike figure like SDOT reported last fall because SDOT hasn’t yet received figures for active bikes per day, Mah said. Apparently, details like that will be released this spring when the University of Washington Transportation Data Collaborative, which is tasked with tracking and aggregating operator data, makes a report to SDOT. That said, given the increase in total bikes, the number would appear to be well under 2.25 rides per bike the program reported in the summer months.

The user survey asks some of the typical profile questions: age, income, zipcode, and frequency of use. The survey also tries to get a pulse for the experiences users of dockless rental bikes have had. Some of these are very pointed and reflect the poorer aspects of the pilot program:

Some questions ask for opinions on the big picture impact of the program. For example, the survey asks respondents if the program reduces carbon emissions and traffic, leaving respondents to make leap-of-faith guesses based on anecdotal rather than empirical data. Some of the questions are also unclear whether as grasping for similar global knowledge but could misinterpreted as directed at just the user. One asks if dockless rental bikes make commuting easier with no “for me” statement, arguably skewing it to a more global response unlike other questions in the section that are about the user themselves.

Questions in the survey indicate that SDOT is thinking ahead about what the program might feature in the future, such as bikes with much more room in baskets for groceries, tandem bikes, adaptive bikes for accessibility, cargo bikes, and allowing users to temporarily stop and lock bikes midway though a trip. Have your say on the survey.