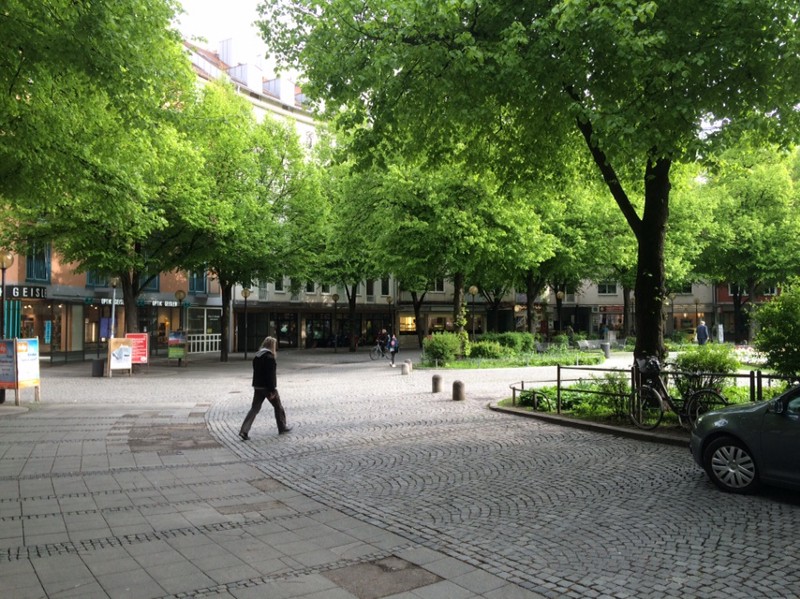 Last October, Seattle Weekly republished an article headlined, ‘Will Seattle Finally Protect its tree canopy’, which was followed a few days later by Seattle Mag’s ‘The Struggle to Save Seattle’s Urban Trees in the Face of Development’. Just the other day, KUOW had a piece on Councilmember Rob Johnson’s proposed tree policies. Trees are the new hot topic as we move on from MHA, and what’s been interesting to observe is homeowners who claim to be environmentalists state that we need to protect trees –but rabidly fight bike lanes and safe streets at every junction. Oh, and housing, too. This oddly aligns with the mayor’s uninspiring ‘EVs will save us’ climate action plan.

Seattle is in the midst of a housing boom that invariably has resulted in the loss of trees. It has also resulted in the planting of new trees, that will require time to grow. This is surprisingly similar to development in single-family zoning, where forests were clearcut for craftsman homes. Seattle is also in the midst of a program to start addressing our housing shortage, the Housing Affordability and Livability Agenda. Some of the people who largely oppose new housing (and HALA) claim that the city forgot the ‘L’ in HALA. They claim that we shouldn’t allow multifamily housing in single-family zones because there will be a loss of trees, a loss of ‘livability’. Seattle suffers from a massive disparity in access from multifamily zones to parks and schools –and many parks and schools were gerrymandered outside of urban villages. What about their ‘livability’? It never seems to be a concern.

With the advent of zoning and subsequent comprehensive plan revisions, huge swaths of the city were prevented from having much (if any) development –pushing new housing into surrounding King County, consuming up massive quantities of green land.

King County’s urban growth boundary, pictured above, much as with Seattle’s zoning, is a bit of a joke. Most of the ‘urban’ growth area’s 460 square miles is zoned primarily for detached single-family houses (although in King County’s original zoning ordinance, single-family zoning didn’t exist – duplexes were legal everywhere housing was legal). Multifamily housing is illegal in all that yellow. King County is three times the area of Vienna, with the same population –we just relabeled sprawl here as ‘urban’ – problem solved!

How many trees did we lose regionally to sprawl just in the last 40 years? You can visualize it. It ain’t pretty. When a Seattle Green Party leader, in an online discussion on infill development, tagged Freiburg’s Green Party Councilor Timothy Simms, he stated this in response to preserving trees over needed dense housing:

As City of Freiburg we will build apartment houses with 4 to 5 storeys. In other communities they still build singe family-houses. So when it comes to environmental issues it’s much better to build a new city quarter for Freiburg: We will build public transportation, shops, schools, a quarter of short distances — whereas in the surrounding communities there will be places where you need a car for everything. So the bottom line is: We save space, we reduce car traffic and we do have a better mix of people and no monoculture of middle-class-family-housing. Plus: We can force the people building there to build in a sustainable way with high energy standards. So I strongly believe that in growing cities the political fight is not for preserving every single tree but for building up public spaces with a high quality in a more dense urban environment.

This was wholly the point of my last piece, and really aligns with my ethos on sustainability and livability. It’s probably not an accident it was heavily influenced by time working in Freiburg.

We can have, nee – we must have –abundant trees and abundant housing in order to solve the livability issue as well as the affordability issue. It shouldn’t be a matter of prioritizing one over the other. In order to do it, we must stop centering land use policy around single-family zoning. Currently, nearly three-quarters of all land were housing is legal only allows detached single-family houses. In the largest city in the Northwest. New multifamily housing will need to be built in more of the city, and there will be conflicts with trees. Want to preserve them? Advocate for reformed policies that would allow reduced setbacks, more height, or more buildable area on parcels that have exceptional trees. We could reserve half a site for trees and open space by eliminating front and side yard setbacks, while increasing height.

None of this is new. Trees and density co-exist all over the world– but not in areas that prioritize low density sprawl. Perimeter block housing forms the backbone of almost every major European city. Stuttgart is roughly the same area as Seattle, with a slightly smaller population. It has both massive urban forests and a strong urban growth boundary. Munich is much larger, but the same story. None of these locations have any single-family zoning. None of them suffer from the massive extents of sprawl. Both have ample open and green space, and large urban forests.

Vienna is 46% forest, green space and parks. It also has no single-family zoning, and has a dense, livable core that goes on for miles. Oh, and it’s routinely selected as the most livable city in the world. I’m just spitballing here, but perhaps there is a correlation?

Given the inequitable open space/park disparity that is heavily tilted against residents in multifamily zones –perhaps this is where conversations around ‘livability’ and quality of life should be centered. Most importantly, with those residents, and not primarily with homeowners who gerrymandered themselves out of urban villages. We need housing options in all parts of the city. Yes, it will result in losing trees in the process–but the earth, and our city, will be better off for in the long run for it. Especially when we convert arterials into lush, non-automobile greenways.

This is a cross-post from Mike’s personal blog on Medium. The previous installment proposed a radical rethinking of open space in Seattle.

The Relationship Between Parking, Urban Trees and Affordability