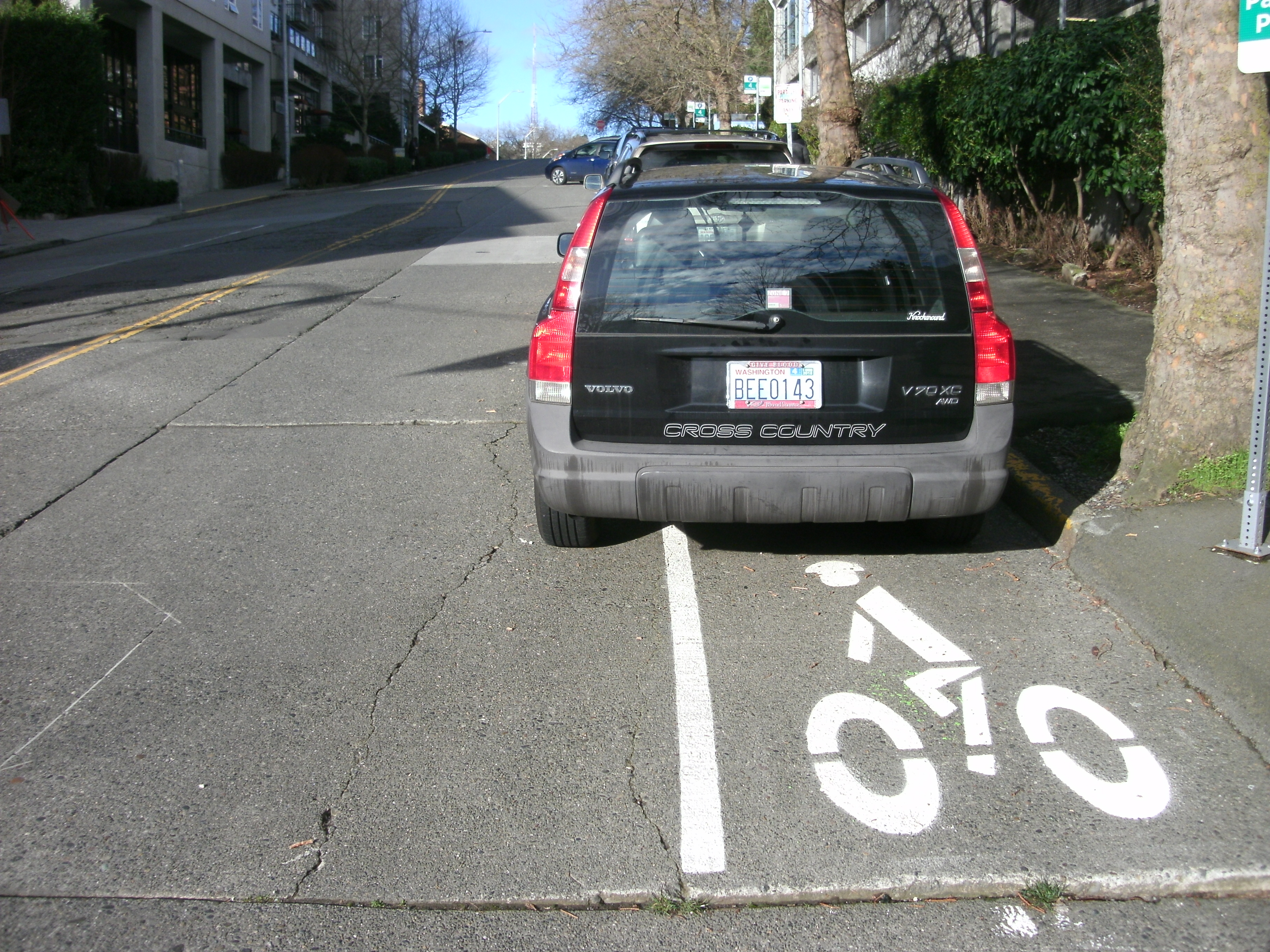 While we wait for the full results of the Durkan administration’s reassessment of spending and deliverables in Seattle’s nine-year Move Seattle transportation levy, details are starting to emerge on where exactly we are in certain programs. Last Wednesday, Interim Seattle Department of Transportation (SDOT) Director Goran Sparrman and key SDOT staff met with the Seattle Bicycle Advisory Board to break the bad news about how off track we are to meet the levy’s stated goal of construction of 60 miles of protected bike lanes and 50 miles of neighborhood greenways.

The board was given an updated budget for the bicycle master plan (BMP) segment of the levy, one of 23 subprograms overall and one of eight subprograms that the department has said is in danger of not being able to meet its levy goals. While some of the subprograms, particularly the multimodal corridor improvements, assumed a level of leveraged matching of dollars that is now being called overly optimistic, the bike master plan’s budget did not. In fact, the updated budget says there’s a possibility that more outside funds in the form of federal or state grants could go toward BMP goals.

The problem with the bike master plan is on the spending side (or perhaps overpromising in the first place). Doing the math on the original $94 million plan, 110 miles of bicycle facilities, again both protected bike lanes and neighborhood greenways, works out to the famous $860,000 per mile figure for bicycle facilities. This is one of the biggest ways in which Danny Westneat’s column was misleading: protected bike lanes were always considered to cost more than that–with the lower cost of a typical neighborhood greenway bringing down the average. Downtown bike lanes with added signals, removal of curb bulbs, and load zone improvements are obviously going to cost even more. That is not to say that it wasn’t a more expensive project than anyone would have predicted going into it. One way costs seemed to have escalated is via unanticipated utility work, the cost of which was lumped together with Second Avenue protected bike lane costs.

Exactly how we got to $12 million (“Actually closer to $13 [million]”, Director Sparrman told the board) for one mile of bike lane on Belltown’s Second Avenue isn’t exactly known right now. Darby Watson, Project Development Director at SDOT, told the board that the department has hired an outside consultant to review spending on Second Avenue, but she also stated that she will defend the decisions made around the project, that she was confident that everything that was done needed to be done to deliver that segment of the center city bike network.

But it’s not just downtown lanes that are coming in over the original estimated costs. In 2016 and 2017 combined, the first two years of levy spending, 10.3 miles of bike facilities were constructed–less than 10% of the way toward the original goal. But during that time, we spent $23 million, almost a quarter of the original assumed BMP budget. It’s not $12 million per mile, but $2.2 million per mile is still way above the $868,000 per mile cost that we need to hit to achieve levy goals. In other words, without additional funding, we are going to need to lower our targets, dramatically. Watson also brought up the possibility of considering alternate bike facilities toward the goal. The levy goals said that projects like trails, buffered lanes or climbing lanes cannot count toward achievements. The suggestion, then, is that we could lower the standards for bicycle projects so as to produce them in the volume promised to voters.

SDOT’s bicycle projects for 2018, 2019, and 2020 are already selected, and their implementation isn’t set to change. We should have an exact project list as soon as the yearly implementation plan is released–it has been delayed this year, likely due to the reassessment of spending. According to budget estimates, which are absolutely not set in stone for most of the projects on the list because they’re still in early levels of design, 30.6 miles of neighborhood greenways and 24.9 miles of protected bike lanes set to be installed during that period will cost $56.4 million, or $1.02 million per mile. Exactly how optimistic this figure is, based on recent spending, isn’t clear.

The most worrying budget revelation is that Seattle will only have $24.4 million for the last four years of the levy (2021-2024) based on estimated costs and what’s been spent already, even with the optimistic per-mile cost estimates used for the overall BMP budget. We’re set to lose momentum on our citywide bike plan just as Northgate Link opens. Even if everything goes according to plan, 44 miles of promised bike facilities will remain to be built with that projected $24.4 million remaining in the coffers. And the current pattern of bike project delays and de-prioritization would suggest it won’t go according to plan.

Last week the national bike advocacy organization People for Bikes released a new ranking system for bike cities across the country. Seattle ranked surprisingly low on the list at 50th between Omaha, Nebraska and Bismarck, North Dakota. Despite ranking sixth overall in the category of ridership and 14th in network, Seattle was way at the bottom of the list on safety and on acceleration, a measure of “how quickly a community is improving its biking infrastructure and getting people riding.” The 0.7 out of 5 score illuminates how Seattle has stagnated in its role as a national bike city. This peek under the hood at our bike budget doesn’t bode well for that path being corrected. Seattle may need to look outside the box if it hopes to change that.