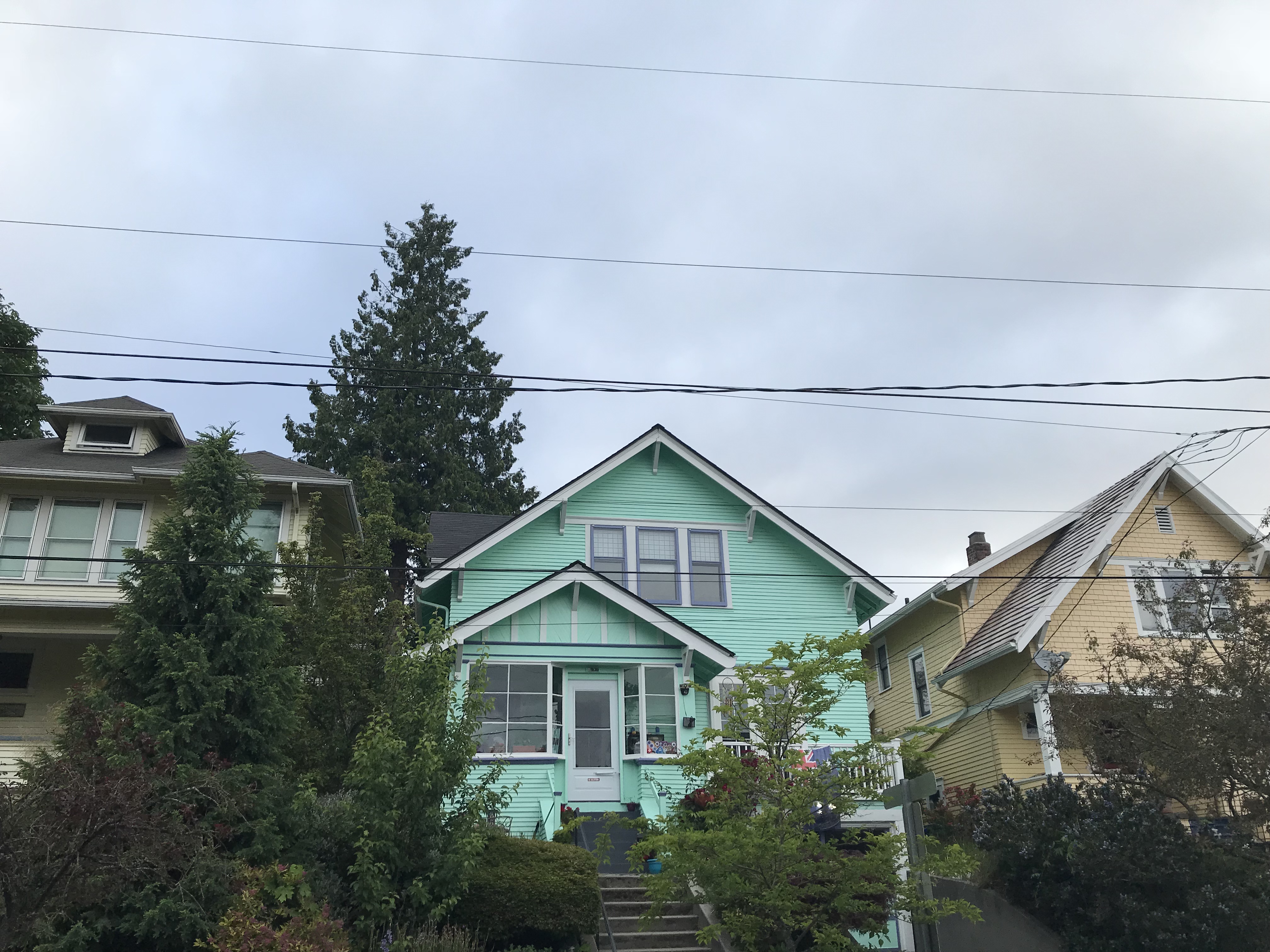 Three years ago, the previous mayor’s Housing Affordability and Livability Agenda (HALA) draft proposal was leaked to the press, which zeroed in on just one of the 65 components, a section on allowing a limited pilot program of more diverse housing typologies in Seattle’s single-family zones–such as duplexes and triplexes. Homeowners who believe exclusionary zoning is sacrosanct went ballistic. Despite the city being majority renter, the vocal minority was able to eliminate one of the more progressive aspects of HALA. This wasn’t the first time the issue came up, and it certainly won’t be the last.

In the late 1970s–after decades of ever increasing downzones and more restrictive land use policies –Seattle was in the midst of a housing crisis. The Office of Policy Planning published a study that looked at allowing low-income missing middle housing in single-family zones. On May 21, 1978, The Seattle Times ran an article headlined ‘city may put an end to single family zoning’  and writing: “Mayor Royer favors scattering low-income housing [emphasis mine] throughout city, particularly areas now without it. Proposed changes would permit duplexes and apartments, particularly if they were for low-income people, in every neighborhood.” Shortly after, the Seattle Times editorial board opined, “if single family zoning were to be de-emphasized, it would open the door to duplexes and apartments in scores of residential neighborhoods’”–the horror!

Heaven forbid we allow housing that touches on more than a twentieth of the city! Heaven forbid we allow housing that those who can’t afford million dollar homes could afford! This sentiment is especially pernicious, as it completely ignores the fact that these forms of housing already exist in areas zoned today to exclude new multifamily housing. Needless to say, the usual suspects (e.g., homeowners and community councils) mobilized, and today we don’t have affordable, missing middle housing in every neighborhood. In fact, shortly thereafter–multifamily land throughout the city was downzoned to single-family zoning. We have more land zoned for the least sustainable, least equitable form of housing today than ever in the city’s history.

The anti-housing folks love to dwell on their belief that the percentage of the city that is zoned single-family is low. They throw in every bit of unbuildable land to deflate the percentage. They’ve published several op-eds, community council board members go on long-winded soliloquies in a desperate attempt to defend the quantity of land zoned to exclude affordable housing. “See? It’s only 35% single-family zoning”– as if 35% of the city excluding affordable housing is somehow a progressive stance.

If you look at the percentage of land where housing is legal–the only metric that really matters, unless we start allowing new housing on rights-of-way, industrial areas, or transit-oriented golf courses– the percentage of land zoned to exclude multifamily and affordable housing is absurdly high. Rachael Ludwick crunched the numbers over on Fancy Beans, and it turns out that over 80% of land where housing is legal is single-family zoning. That is, it’s zoned to explicitly exclude housing for those that can’t afford detached homes , which right now in Seattle, per Zillow, are running a cool $830,000. The Mandatory Housing Affordability program starts to tilt the percentage where multifamily housing is legal in the right direction, but only if it survives the Seattle Process.

Single-family zoning is rooted in racial and class exclusion. The roots of single-family zoning in the United States alone should be reason enough for it to be eliminated. Richard Rothstein’s The Color of Law is eye opening for those unfamiliar with the history of zoning in the United State. We should be addressing this history, and working to rectify it in every way possible.

The country that invented modern zoning doesn’t have single-family zoning. Germany, the founder of modern zoning, does not have any land zoned exclusively for single-family detached houses –and the same goes for Switzerland and Austria. Germany’s land use ordinance is called the Baunutzungsverordnung (BauNVO). The latest iteration of the BauNVO has 11 zoning levels. The lowest zoning level is the Kleinsiedlungsgebiete (small settlement areas). It allows single-family homes outright, as well as shops, bars, and restaurants. Small apartments can be allowed as well as non-disturbing manufacturing. This level is also generally non-existent in major cities as it’s really an agricultural zone.

In addition to these countries, Japan also has no single-family zoning. Japan’s lowest level of zoning is a low density mix. According to Sonia Hirt’s Zoned in the USA, Japan’s national zoning code in 1968 had eight levels– and the lowest code . “The Exclusive ResidentialI zone was restricted to low-rise dwellings (including both detached and attached family houses and multifamily buildings) and small-scale shops and offices that are part of a residential structure,” she wrote.The lowest level of zoning isn’t strictly limited to single-family housing. The zoning levels are effectively the maximum nuisance that is allowed in that zone . They’re incredibly flexible and are all mixed use zones. This is the model code that we need to be aspiring to.

To note ,  Seattle has 21 main zoning levels, three of which are zoned exclusively for single-family detached houses (SF-5000, SF-7200, and SF-9600) and constitute the vast majority of buildable area in the city.

Cities need expanded housing options to address housing shortages. Numerous jurisdictions are now looking at allowing more flexibility in their vast swaths of single-family zoning. Minneapolis is debating fourplexes, the Whatcom Democrats crafted a stunning proposal to expand Bellingham’s infill toolkit to single-family zones, which would allow a multitude of housing typologies (that were once legal everywhere in Seattle and Bellingham), and Portland is in the midst of the Residential Infill Project to do something that is in the same vein. The common thread here is cities looking at expanding housing options in the midst of deep and broad housing crises.

So, what is the correct percentage of single-family zoning?

This shouldn’t come as a surprise , but the only correct percentage of single-family zoning is zero. If we’re serious about being a just and equitable–and most importantly– affordable –city, it’s long past time to eliminate archaic exclusionary zoning –as well as its classist and dated nomenclature.

The overwhelming majority of Seattle’s single-family homes aren’t occupied by nuclear families. Most importantly, preserving single-family zoning does not preserve affordability. In just a single month, Seattle’s median home value rose $43,000. That’s a collective increase of nearly $6 billion dollars for single-family homeowners. This would more than fund the entirety of the housing need identified in the McKinsey report  as well as half of Seattle’s affordable housing shortfall (20,000 of 40,000 units).

We’re growing at a drastic pace ,  but we don’t have the zoned capacity right now for anything other than luxury housing. If we’re going to seriously address our housing crisis , then we should be looking to how Seattle was zoned a hundred years ago when it was growing at a similar pace, not how it was zoned 30 years ago. The city today is majority renter, yet our land use code largely caters to single-family zoning,  which exacerbates our housing crisis. It will take bold leadership and vision, but we can do this, Seattle. Let’s legalize affordable, multifamily housing throughout the entire city.

Map of the Week: The High Cost of Single Family Housing