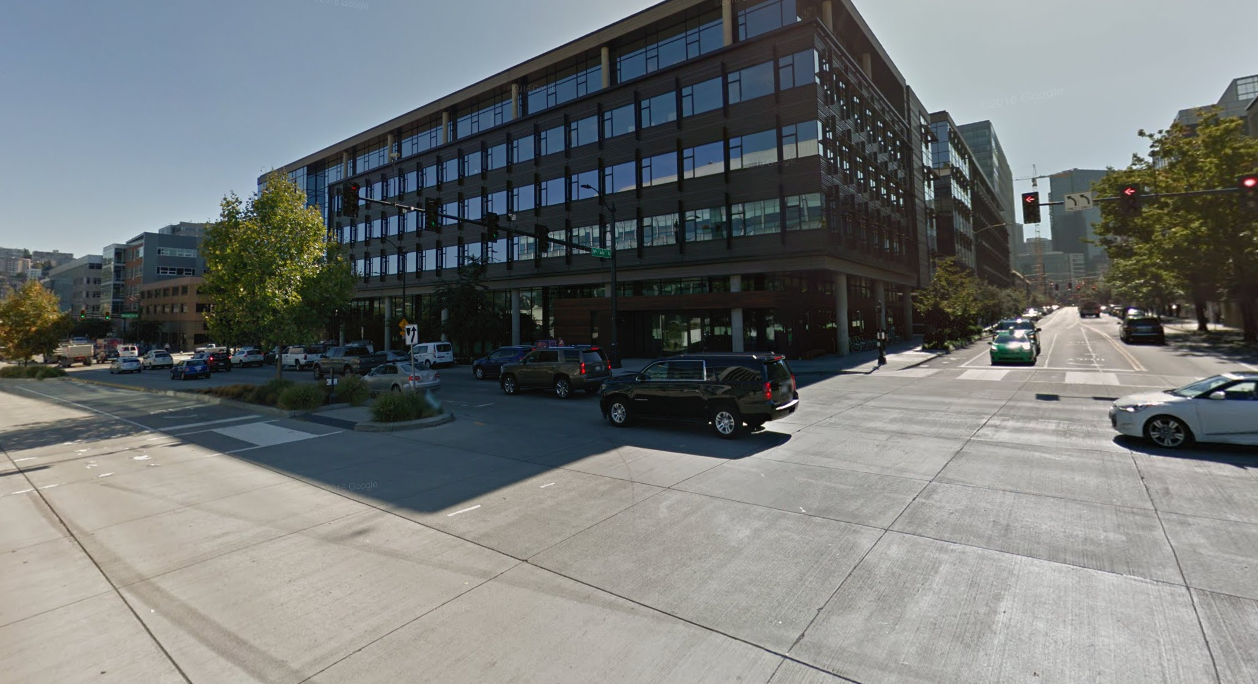 It’s the final round of voting for the Worst Intersection in Seattle.

In the semi-finals, the winning intersections handily beat out the competition by two votes to one. The cluster of Rainier / 23rd Ave S / S Hill St beat out NE 40th St / 7th Ave NE / NE 40th St along the Burke Gilman Trail. Mercer St might have had an unfair advantage as all its intersections went up against 4th & Jackson downtown and won.

Highly-trafficked Rainier Ave is one of Seattle’s most dangerous streets, and the six-way intersection at 23rd Ave S and S Hill St has had over a dozen collisions in the last five years. The intersection was constructed over 100 years ago and is essentially the same today, except with traffic lights and limited pedestrian crossings. In fact, crossing the intersection coming from 23rd to cross to the north side of Hill Street requires walking across five crosswalks. Rainier is a street that SDOT admitted is primarily required to serve traffic to and from I-90, with no bike amenities and regular bus routes that get clogged in the traffic that queues to merge onto I-90. Representative of the lack of investment along the corridor, the intersection has a Burger King, a Grease Monkey, and an abandoned building.

By contrast, Mercer St cuts through an area that in the last decade has seen an influx of millions of dollars and tens of thousands of commuters. Mercer St was re-built in 2012 and had an disastrous adaptive signals project installed last year. However, it’s these two projects that make the series of intersections along Mercer so bad. The construction project was intended to transform a Mercer St that essentially served as a freeway onramp. And, while wider sidewalks and a lane of parking do provide a more comfortable environment for people walking along Mercer, the walk across Mercer is worse than before since Mercer is now essentially a freeway onramp and offramp. Crossing Mercer means crossing 7 lanes of traffic, often around cars blocking the intersection. And, that’s once the walk signal comes on, as the signal cycle times are often exceptionally long. Even when Mercer traffic has a green light, which is most of the time, pedestrians are often forced to wait as a result of the adaptive signals system. Glen Buhlmann’s nomination is worth a read:

They are all of the size that you can see the curvature of the earth as you stand by the beg button looking across to the other side. The signal timings are designed to make people on foot decide to try to cross without waiting for the light, especially during peak while E/W motorists get eleventy-seventeen minutes of green even though at least one direction of motorists (the one SDOT is trying to prioritize) is not moving at all. These cycles that are measured using the Geologic Time Scale also predictably cause motorists to do stupid things because the incentive to put people walking at risk in order to avoid another epoch-sized wait is very high. As a result there are numerous vehicles of all types and sizes blocking not just the crosswalks but often most of the intersection on almost every cycle even outside of peak periods.

South Lake Union has claimed four of the last five “worst intersections”, but could this be the first year for any intersection south of Denny to be chosen? South Seattle has more fatal collisions than any other part of Seattle and Al Dimond makes a solid argument that Rainier/23rd/Hill is the worst intersection in the entire city:

It really has everything:
– The awfulness of Rainier
– The bad part of 23rd Ave S
– An angle that causes extra-long crossing distances, with no mitigation (e.g. moving stop-lines back to create right-angle crossings, median refuges, etc.). It’s 116′ to cross 23rd along the east side of Rainier. That’s like crossing an 11-lane street!
– A third street butting in to make it even worse
– It’s missing a crosswalk, across the northwest face of Rainier.

Cast your vote for the worst intersection in Seattle for walking, biking, and busing.