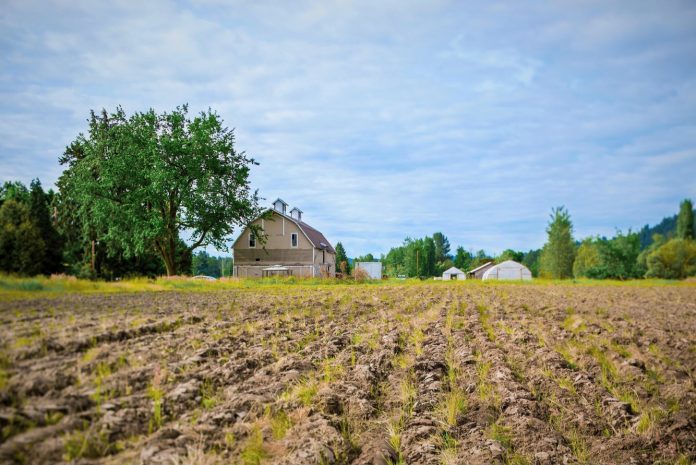 Submit your nominations for the Futurewise Livable Community Awards!

Legal advocacy from Futurewise was critical in reaching today’s outcome. Futurewise identified inconsistencies in the Pierce County Comprehensive Plan that made farmland vulnerable to rezoning and development. Futurewise appealed the plan to a state agency, then worked directly with local partners, community members, and county councilmembers to draft a final policy that balances stakeholder needs.

Suburban sprawl has been a major threat to conserving Pierce County’s agricultural land. Since Pierce County first adopted its current agricultural land designation criteria in 2004, Pierce County has lost 7,987 acres of protected agricultural land. As the Fresh Look study found, “[f]armers further from urban centers are also feeling pressure of development on their operations. Even in the south end of themcounty, where livestock production (mainly beef cattle) is the primary agricultural activity, residential growth is challenging to farmers and ranchers.”

While protected farmland has declined, demand for farmland has increased in Pierce County. Between 2007 and 2012, the land in farms in Pierce County grew by four percent or 1,800 acres. In that five-year period, the market value of food and other agricultural products sold by farmers and ranchers increased by nine percent. In a recent three-year period, the local land trust has heard from over 45 farmers who are looking for land and are interested in starting or expanding their farm businesses in Pierce County.

Yet the Pierce County report, Preserving Farmland and Farmers: Pierce County Agriculture Strategic Plan, concluded that one of the barriers to economically viable agriculture in Pierce County was the need to maintain “[a] critical (minimum) threshold amount of land and number of farmers …; otherwise the industry loses options to sustain itself and grow.”

If no improvements to the county plan were made, Pierce County would lose another 13,313 acres of working farmland. Instead, the new policies approved by the Pierce County Council will stanch these loses, designating over 22,000 acres of protected farmland, removing the designation criterion that allowed the continued farmland losses, and including policies to better protect working farms.

Futurewise is serving on the Advisory Committee for the Ultra High-Speed Ground Transportation Study–a Washington State Department of Transportation effort to investigate intercity passenger transportation system traveling at speeds of 250 mph or more between Vancouver, British Columbia and Portland, Oregon (with several possible stops in between). The committee includes a mix of local, state and international leadership, including legislators and representatives from the Governor’s office, and the office of the BC Premier, and will be meeting over the course of the next year to provide guidance and feedback. While this concept has been around for at least a decade or more, the most recent effort was given new life by interest from the private sector, including Microsoft, who are participating in the study phase of the project funding.

Broad strokes on many of the study’s focus areas were presented at the first meeting in July–primarily by the WSP consulting team–including the corridor planning, ridership analysis, governance models, economic analysis, and financing.

However, there was one important point that was not mentioned in the presentation–although it was highlighted by Seattle Chamber of Commerce CEO Marilyn Strickland and Futurewise–which was the project’s equity and social justice considerations, particularly the impacts on jobs, housing, and displacement. There was a lot of discussion of project benefits, but almost no discussion of who benefits from the project. The consultant team was careful to point out that the study being undertaken did not include a “local” analysis of housing or growth impacts–but that doesn’t mean that it couldn’t. Moving forward, Futurewise will advocate for more comprehensive analysis of who benefits from high-speed rail, with a focus on impacts on housing.

On July 26th, the Sound Transit Board voted to offer priced monthly parking permits. Futurewise testified in support of this initiative, while offering recommendations to improve the program.

Overall, the Paid Parking Program is a positive step for Sound Transit. Offering priced monthly permits for Park and Rides will help to achieve more reliable parking capacity while also reducing early morning stress for riders who struggle to get to lots early enough to find a parking spot.

However, Sound Transit has room to make equity improvements in this policy. Most importantly, Sound Transit could further reduce the permit price for ORCA-LIFT users. Riders that are eligible for ORCA-LIFT have very low-incomes that already make living in our region difficult. The current reduced price may be too high for low-income riders to utilize the convenience of a permitted parking spot. The performance-drive price adjustment strategy is a good start; Sound Transit could improve by also evaluating the price-effectiveness specifically for ORCA-LIFT users and consider further reducing the cost.

Another way to improve the program? Make residents living outside the Sound Transit service area eligible to purchase a parking permit. These restrictions have insufficient rationale and create an inequitable system where non-resident users are able to utilize these lots for free, but are not able to choose to pay for a permitted parking spot. We would like to see this restriction lifted and the ability to purchase a parking permit expanded to any user of Sound Transit. Doing so provides equal opportunity access to our transit system to all users, regardless of their address.

Overall, the Sound Transit Paid Parking Program is an important first step in parking management for our region. Implementing the above recommendations would improve the program by increasing the accessibility of parking permits.

Wonkabout Washington: Seattle Has Too Much Parking and Olympia Expands Missing Middle Housing