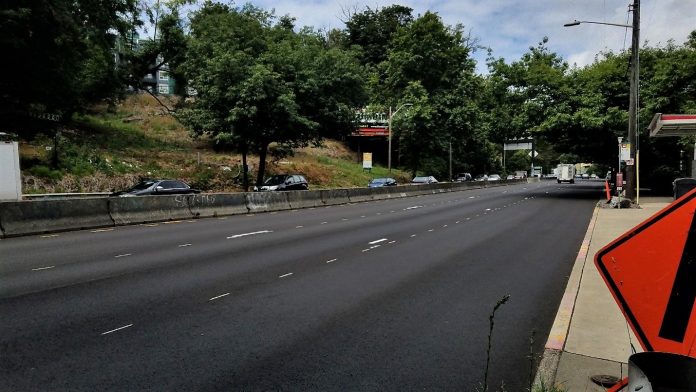 Every fall, the Federal Highway Administration (FHWA) traditionally allocates unspent highway funding among all the states. In late August, the FHWA announced that the 2019 “August redistribution” would total nearly $4 billion dollars, of which Washington State will receive almost $59 million. While this is nothing compared to the nearly $500 million Texas will receive, it’s still an unanticipated cash injection into the Washington State Department of Transportation’s (WSDOT) coffers. And while it does happen every year, it’s worth asking what the best use for the funds would be.

WSDOT will likely absorb this money into its highway expansion budget like most other states, but it should consider utilizing it for the emergency currently happening on streets around Washington: the pedestrian safety crisis. In 2010, there were 63 pedestrians killed on Washington’s roadways and by last year that had nearly doubled to 108. This trend mirrors nationwide data showing large gains in roadway safety being erased.

If WSDOT was going to allocate this extra cash infusion for improving safety, investing at least 22% on pedestrian and bicycle safety projects seems like the least that they could do: that’s the percentage of overall fatalities on Washington’s roads last year that pedestrians and cyclists made up. That’s nearly $13 million, not a huge sum statewide but a large cash injection compared to the state’s current spending on bike and pedestrian facilities.

The idea to allocate funding proportionally based on who’s getting hurt by our current roadway designs came originally from safety advocate Don Kostalec. Statewide transportation spending has a very long way to go to catch up to the reality that so many fatalities is not something we need to accept. Washington State was one of the first states to adopt a goal of zero fatalities on our roads, back in 2000. But the numbers have gone in the exact opposite direction.

Even here in Seattle, WSDOT could make a little investment go a long way by partnering with the Seattle Department of Transportation. Pedestrian lanes and bike lanes on NE 70th Street were recently completed, but WSDOT was a hindrance to that project moving forward as quickly as possible, not a partner.

The map of where people are getting hurt on Seattle’s streets also highlights how much of a hotspot WSDOT-controlled Aurora Avenue is. Just last night, another pedestrian was seriously injured on that street near a crossing at Green Lake, and just last month a pedestrian was killed not far from there. WSDOT is repaving this stretch of State Route 99, but safety improvements getting added at the same time? Not so much.

The Washington State Legislature should do everything it can to prioritize safety and take the public safety crisis on our streets seriously when they consider their new transportation package next session. But advocates are not holding their breath for that to happen, and in the meantime the agency now nearing the end of its second decade of having a goal of zero fatalities on our streets should act.