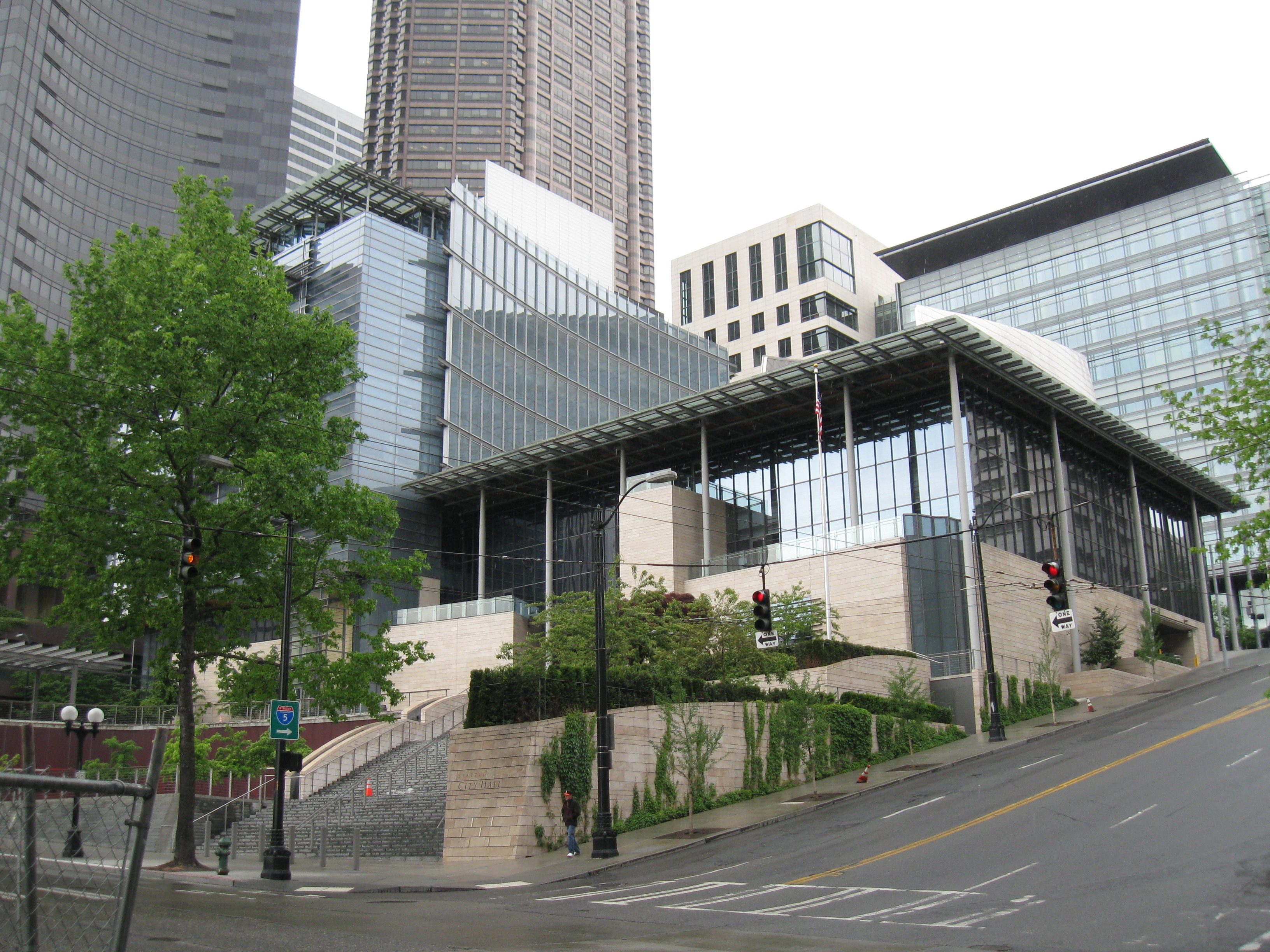 Paper is compostable.
Bad opinions are not.

Oh, for an easier assignment than to address the flubs and follies of Councilmember Alex Pedersen’s Seattle Times op-ed about the challenges facing Seattle’s next mayor. With a weak sauce open letter format followed by four strawman questions followed by a listicle, his piece is not so much a coherent article as a messy stack of room temperature scrod. And just like fish left to slowly fester on the counter, his clarion call for the next mayor to kiss the ring of commerce should be kicked to the curb. After a year like 2020, we deserve better.

To be honest, Pedersen’s listicle forgets that half of 2020 happened. Pandemic and racial justice take a distant back seat to straight up cash. The virus only shows up to justify another lost year of the Durkan administration or putting women back to work. Similarly, Pedersen speaks of race only in economic terms. Race is a platform for addressing the “expensive” police union contract. Marginalized communities are only talked about in terms of jobs. The dogwhistle “urban problems” is repurposed as a pitch for some tech savvy entrepreneur to develop an app.

Admittedly this is on brand for Pedersen, since it was Chamber of Commerce money that bought his council seat. But his call for “common ground at City Hall” is the howl of a self-appointed victim whose voice is overwhelmed by a vicious liberal majority. It’s also quite false. The narrative that City Hall is irrevocably divided ignores that there were only 29 times the Council voted non-unanimously out of the 580 votes they took in 2020. Eight of those non-unanimous votes had Pedersen as the sole objecting vote. On the other hand, Councilmember Kshama Sawant was the sole objection on 11 votes. By that scale, if we’re truly talking common ground, there should be a stronger shift to the left.

After his revanchist call for common ground, Pedersen tries to base his remaining points on a report from The Brookings Institution. Saying its smart strategies come from “outside our City Hall bubble,” Pedersen gears up his list of market-driven priorities. But a reading of the actual Brookings reports show Pedersen dropped the link without getting past the titles.

Even with metrics heavily tilted towards economic activity, the Brookings authors go headlong into leading rebuilding with racial equity. “Rebuilding better, with a commitment to quality and equity suffused throughout state and local recovery strategies, can help communities begin to transcend the weaknesses that plagued their economies before the crisis and restore faith in the public, private, and civic institutions that steer places through both prosperity and adversity.” The first Brookings principle for action is “set goals to increase prosperity and racial equity” followed by establishing a framework to test success and failure. Pedersen’s list of challenges skip that part.

If we look at the top 40 words Pedersen used in his 1000 word article, race doesn’t even make the list. Chamber interests like business, companies, and employers dominate. The counclmember appears to have lived through the 2010s and is headed straight back to 1980’s Reaganomics.

Perhaps history is the place where we have to start in order to see the actual challenges that the incoming mayor faces.

Let’s start with the 1930’s redlining map that drew economic walls around Black and immigrant communities. Every zoning law that is on the books as well as the layout of Seattle’s highway system and the location of industrial pollution is based on that map. By 2024, the city will create a new Comprehensive Plan that must decide whether it will break with segregation or double down.

Let’s go to the 1940’s where Seattle’s wartime boom and forced relocation of Japanese Americans was met with the city’s initial forays into public housing. That produced Yesler Terrace and defense worker housing in Holly Park. And then we pretty much stopped. Small, scattered developments of public housing grew across the city. Or parts of the city. Or selected locations that were not objectionable to single-family homeowners. This played out again and again, most recently with the Mandatory Housing Affordability rezone debate. The new mayor faces the challenge of building housing, not just depending on a market to magic it into existence.

How about the 1950’s where the construction of Interstate 5 and Interstate 90 in Seattle displaced 40,000 people or 10% of the city’s population at the time. But today the removal of trees for an extension of light rail warrants Dewey Defeats Truman size headlines in the local fishwrap. There’s no question that the same publication printed Pedersen’s trash editorial.

On the subject of transit, let’s also pick up the pieces of the failed 1968 and 1970 Forward Thrust initiatives. They set up Seattle’s feast or famine pace of transit. The next four years will see the opening of 24 new light rail stations. And then famine as progress stalls until some time in the 2030’s. It does not have to. We all saw how uneven transit in this city allowed expensive light rail to run virtually empty while we cut routes and frequency for the buses that carried essential workers to our hospitals and grocery stores. The mayor has the chance to make sure the next wave of light rail and streetcar and RapidRide expansions are financed, equitable, and completed soon.

And, of course, we’re still going to be cleaning up 2020. Even with herd immunity, there will be years of operating vaccine clinics, shoring up hospital capacity, and potentially tamping down new variants of the virus. At the same time, the institutional fallout is only beginning. Clunky response to emergencies has put Seattle Department of Transportation on notice that their processes and priorities are going to change. The uneven reaction of the Seattle School District (and heavy-handed overreach of neighbors) has many questioning why the state has 300 school districts (hint: racism). And unequivocally, the new mayor must continue the fight to defund Seattle Police Department (SPD). This is not a question of rebuild or reset or any of the other light adjustments that Pedersen talks about. Institutions that have failed will be disassembled. The new mayor will lead their replacement.

The dumbest strawman that Pedersen throws out is that an incoming mayor must “admit government can’t do it alone.” Since no one actually makes that argument, it can only be understood as an attempt to sucker punch some effigy of democratic socialism and Councilmember Sawant. Prioritize common ground, indeed.

“To deliver upward mobility and a deeper stake in the community, a mayor can incentivize the rapid creation of condominiums in all neighborhoods with transit to enable thousands of Seattleites to become homeowners. Let’s incentivize larger Seattle businesses to buy more goods and services from women-owned and minority-owned small businesses. Let’s incentivize local universities to expand efforts to incubate new microbusinesses owned by people of color.” -Alex Pedersen

But it is going to take government standing at the front to actively and forcibly root out the segregationist causes for inequities and institutional failures. It will be painful, messy, and difficult. And the City will often appear alone, which happens when you’re at the front. That means you’re leading. Being alone versus being a leader is a difference that Pedersen does not appear to understand.

The reason rooting out racism must be done is glaring in the unstated parts of Pedersen’s listicle. Wage gap, digital divide, uneven recruitment, failed infrastructure. Charging ahead on these issues under a “common ground” banner only serves to paper over the reason these inequities exist. Our system, working as it was designed, produced them. We can add as many market-driven bandaids as we have in the box, but the wounds will never heal without rooting out the infection and building anew.

Every mayor sits at some sort of an inflection point. Whether it’s apocalyptic bust or more catastrophic growth, there’s the possibility for every mayor to make an indelible mark on Seattle. The current one had countless opportunities handed to her, but is only crawling to the finish line in a cloud of tear gas while mumbling about pandemic. She has only herself to blame.

That leaves the bar fairly low for whomever comes next. The challenge, then, becomes whether they will take Councilmember Pedersen’s advice and capitulate to another lost mayoral term. Or the next mayor can clear the 20th century debris and set the city on course for the next hundred years.