The latest reports from the United Nations International Panel on Climate Change (IPCC) Sixth Assessment are out and their findings on cities are simply grim. Roughly a billion people residing in coastal areas are threatened by sea level rise and an increase in rainfall and cyclone storm surges. Already-warm urban centers are experiencing more severe heat waves. We’re rapidly heading towards 2 degrees of warming, a scenario where 410 million additional people will be exposed to water scarcity. Now, more than ever, we all need to do our part, and urban professionals must play a special role in responding to and mitigating this crisis.

Take it from us, as co-founders Cities Working Group under the United Nation Framework Convention on Climate Change (UNFCCC) Official Youth Constituency, we led two groups of eight academics, urban planners, and transportation experts to review and provide over 160 comments on the draft chapters on cities — and we were all shocked at the breadth of the crisis. These new IPCC reports are a wake up call to the uncertain reality of 4.2 billion people currently living in cities across the globe.

All urban professionals stand to benefit from reviewing the IPCC reports as the climate crisis increasingly consumes our work. The information in them presents the opportunity to learn about how other disciplines impact urban systems; the reports also present case studies across the globe that show us how we can better tackle this crisis together. This is code red for humanity; the better informed and connected we are, the better we can effectively respond to the climate crisis.

If there is one thing urban professionals know, it is the need for cross-disciplinary studies. Cities are where everything comes together — people, infrastructure, technology, and finance. Resource management and planning in cities requires perspective from multiple disciplines. The two reports released this year, Working Group II (WG II) and Working Group III (WG III) examine the cross-disciplinary nature of climate adaptation and mitigation, how to adapt to our new climate crisis reality and to reduce further warming. In fact, the IPCC 6th Assessment Report is the first report to include Cross-Chapters Papers (CCP) with both WG II and WG III having a dedicated chapter each addressing more than one discipline. Among the topics covered in a cross-disciplinary fashion are coastal urban developments, energy, and transportation infrastructure.

Another value add from these reports is the breadth of case studies featured, which showcases the reality of complex urban challenges, note learnings from completed or on-going projects, and highlight existing gaps in the application of adaptation and mitigation efforts. The arguments presented are grounded in hard hitting science and include examples of implementation. As urban professionals, we are always looking to learn from what is already built or being planned, whether in our neighborhood or on the other side of the globe, and these case studies provide a truly valuable resource.

The international perspective of these reports offers the ability for cross-regional and cross-discipline learning. Our review groups alone were composed of reviewers based in India, Philippines, England, Trinidad and Tobago, Italy, Germany, and the United States. We came from a range of backgrounds, including PhD candidates, international organizations, government, think tanks, and transportation start-ups. Considering that, listening to everyone’s perspective gave us valuable insight into different fields and what each field emphasized when it comes to achieving sustainability.

Notably, the reports also highlight gaps in collective knowledge — particularly the need for more consistency on important climate terms. Our review groups often came across phrases or words in the text that could have been interpreted in different ways depending on where you are in the world or which discipline you belong to. Though an obvious point to raise, definitions of grounding terms are fundamental to the response they get. A more cross-disciplinary approach also means that we need to arrive at a consensus on defining important terms and approaching the interrelatedness of climate hazards.

For instance, the terms ‘urban poor’ or ‘informal settlements’ don’t have an internationally accepted definition. These terms refer to different demographics in different parts of the world. As a group with varied professional backgrounds, we also unanimously agreed that phrases such as ‘complete urban advantage’ or ‘women’s collective empowerment’ need to be better defined since these can be interpreted in different ways depending on the field you belong to. The need for on-going collaboration to arrive at a consensus of how terms are interpreted is important as we are dealing with a global issue that requires local action to bring about the tremendous change required to address the crisis.

To be sure, reading these reports is not a quick endeavor. The WGII is a whopping 3675 pages and WG III is 2913 pages. As a review group, we were only able to comb through one chapter from each report despite being a group of eight. Our suggestion for urban professional is to skim the Summary for Policymakers and then check out the executive summaries and case studies in the chapters that draw your attention. And this doesn’t have to be immediate — these IPCC assessment reports, which are published every 5 to 7 years, will remain great reference documents for our on-going work for years ahead.

Mayors, city based organizations, NGO’s and urban practitioners have also highlighted the vital role cities play in mitigating emissions and adapting to climate change going forward. These groups have called attention to the importance of what the IPCC report means for cities, resulting in the special report titled The Summary for Urban Policy Makers that was released after the last IPCC 5th Assessment Report.

The 6th Assessment Report of the IPCC puts it plain and simple: we are now living in a climate crisis. An additional 2.5 billion people are expected to live in cities by 2050 and with such dire projections for our cities, cities need to develop plans that align with delivering on global climate goals. Urban professionals in the habit of incorporating multiple perspectives in planning and design. This cross-disciplinary, collaborative approach should be leveraged to address climate vulnerabilities in cities. We urge all urban professionals to lean in to combatting the crisis. This work can start with looking at the latest science and expertise laid out in these recent reports and emphasizing collaboration as we take action. 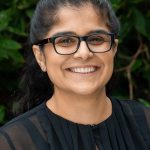 Karishma Asarpota is a co-founder of the Cities Working Group under the United Nation Framework Convention on Climate Change (UNFCCC) Official Youth Constituency. 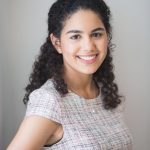 Michelle Hernandez is a co-founder of the Cities Working Group under the United Nation Framework Convention on Climate Change (UNFCCC) Official Youth Constituency.