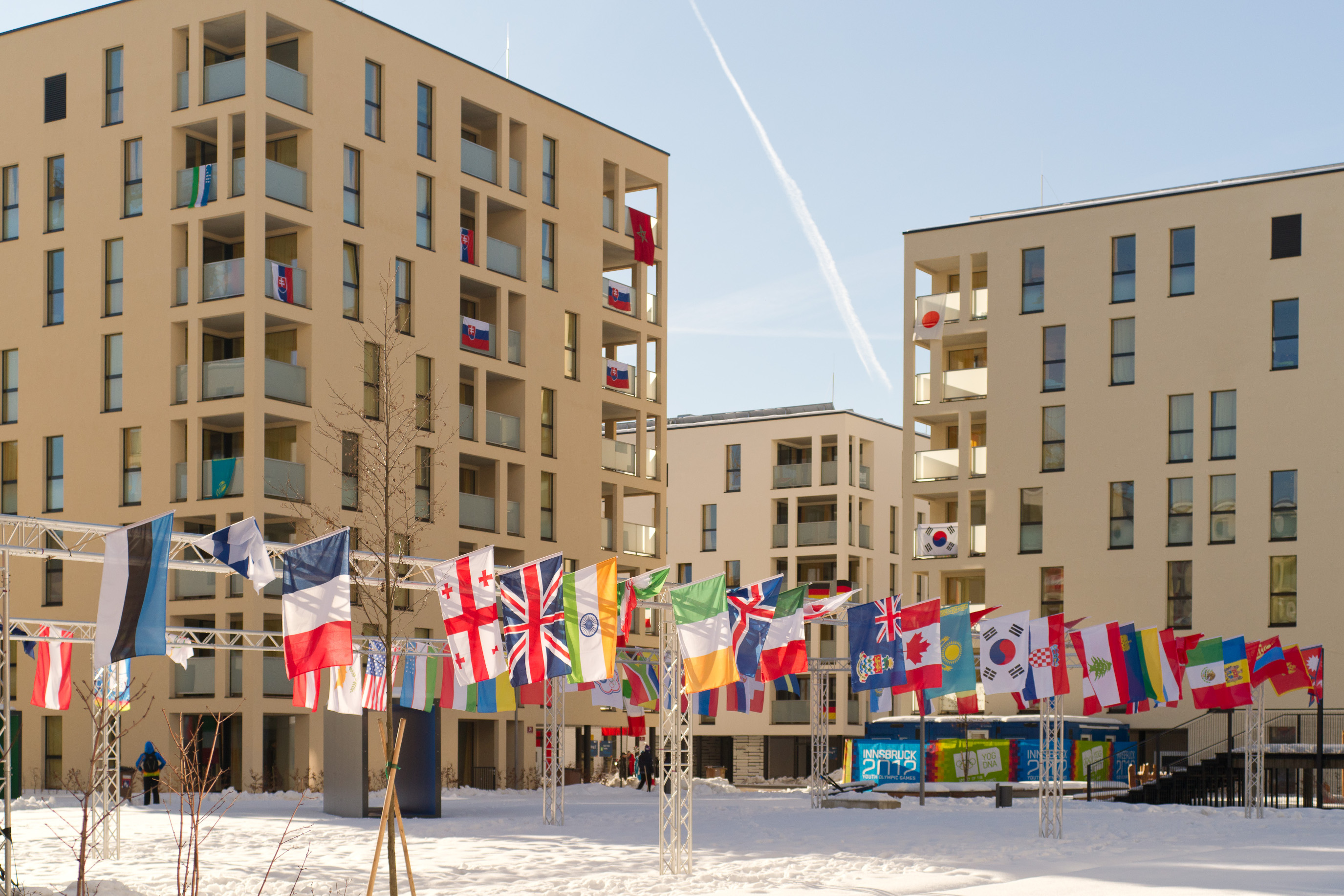 It should be painfully obvious by now that a ‘free market solution’ to low-income housing (and at this rate—even quality, affordable housing) in Seattle is getting further and further from reach. Seattle’s Office of Housing is doing what it can, spending roughly $34 million in 2012, with much of that stemming from the 2009 housing levy. While this is a good start, it falls well short of the critical need, and a large portion of that funding was loans to non-profit developers.

But what if we, the enlightened denizens of Seattle, pushed for the City to take on a greater role in the development of affordable and low-income units? Could the City itself become a non-profit developer of sorts, taking on construction, development and funding of large scale affordable housing projects? Could we position ourselves as a leader in addressing critical housing shortages while at the same time pushing innovative, high-quality, low-energy buildings for low-income residents? If this region ever decided this was a viable option (and I’d posit that it is), then perhaps Neue Heimat Tirol (NHT) could be a solid role model.

Neue Heimat Tirol is a non-profit developer jointly owned by the Bundesland of Tirol and the Tyrolean capital, Innsbruck. Founded as a for-profit venture in 1939, by 1968, after post-war construction slowed, the organization’s nearly worthless shares were picked up by the State and City. Today, NHT is one of the largest housing suppliers in Western Austria—providing attractive, clean and affordable social housing. NHT develops, rehabilitates and manages a variety of projects—rentals, condos, and elderly residences—with many incorporating secondary functions, such as kindergartens, schools, and community centers.

Lest you think I’m pulling this organization out of thin air, I do have some rationale for my choice. Presently, Innsbruck’s median condo cost/square foot prices are comparable to Seattle’s (approximately $340/sf for both). Tirol’s population (714,500) is also comparable to Seattle’s. Tirol also happens to have a phenomenal wood-based, low/mid-rise, digital fabrication and high performance building sector which should really be reason enough to imitate. Furthermore, the geography and labor costs are also comparable to our region. Over the last decade, NHT has seen tremendous growth, presently managing nearly $160M of construction per year—both in new projects ($120M) and energetically-focused rehabs ($40M).

More below the jump.

NHT‘s projects seem to have a ripple effect, providing an upward pressure on the housing market, pushing market–rate units to be competitive and planners/developers to be innovative in normalizing costs. The sheer volume of construction means NHT brings a number of intangibles to the market.

Energy
NHT is committed to building some of the most environmentally friendly buildings possible, with several meeting or exceeding the strict Passivhaus standard. Passivhaus is an ultra-low energy standard developed in Europe, built upon research undertaken in North America and Europe in the 60s and 70s. Passivhaus ensures building durability, a high degree of thermal comfort, high indoor air quality, and significantly reduced heating bills. This is especially important given the budgetary restrictions/poverty insecurity issues for elderly and low-income residents. This effectively future-proofs their buildings, as well as buoying residents and tenants from energy price spikes. NHT has built the largest multifamily Passivhaus estates to date, and has been able to do this for under $200/sf.

Employment
During economic downturns, when the free market isn’t in a position to build, the quantity of construction NHT oversees provides valuable and needed jobs for the region. Seattle would have greatly benefited from such a program. Can you say multiplier?

Flexibility
All new construction is largely designed as barrier-free units. Rehab’d projects incorporate new elevators for elderly residents. There is a diversity of unit-types (e.g. 1/2/3 BR units), renters and owners end up in the same buildings, and many buildings are multi-generational—housing families, singles and seniors.

Significant cost savings
The unit pricing for NHT‘s developments isn’t determined by supply and demand, but rather the recovery of costs for funding the project. Over the long term, projects are self-funded through company-held equity, with construction loans financing the building process. This ensures continually low prices, which are then paired with strong tenant protections. This combines well with the nearly non-existent heating bills of Passivhaus, and positions NHT to offer 500 square foot units, in a city like Innsbruck, for less than $400/month. Including parking. The introduction of super-low unit rates also reduces the burden on overtaxed subsidized housing programs. By law, NHT is limited on the profit it can carry, so proceeds are re-invested for future development. This results in strategies such as obtaining enough land to ensure there is enough work for several years into the future.

Think something like that would have a positive effect on Seattle’s housing market?

Prefer some examples/numbers?
NHT manages over 32,000 units—17,000 of which are apartments, housing 1/20th of Tirol’s population. NHT is planning on adding 1,500 units this year—Seattle has only averaged 3,500 new units per year over the last decade. NHT has 700 Passivhaus units in construction, and planning underway for another 500 or so. To get a better sense of the scope of NHT’s work, the organizaton has put a great presentation on what they do.

The 444-unit Olympic Village in Innsbruck (pictured above)—presently the largest Passivhaus complex in the world—consists of 13 residential buildings varying from 5 to 8 stories tall. Construction costs came in at approximately $190/SF for everything (except taxes). Rental prices in the estate are approximately $400 for a 540 square feet apartment, and this includes parking!

At the time the 354-unit lodenareal estate was completed in Innsbruck, it was the largest Passivhaus complex in the world. Awarded via competition and designed by din a4 and team k2 architekten, the project pairs ‘el’-shaped buildings bounding courtyards. Private loggia provide additional exterior space, as well as protect units from overheating in summer. The cost increase to meet Passivhaus was just 5%. Power is offset with a large PV array, and the rarely-needed (in-floor) heating is provided via pellet boiler. The superinsulated façade and triple pane windows not only ensure comfortable interiors, but also a solid acoustic buffer to the everyday noise of urban living.

Baumschlager & Eberle’s wohnen am lohbach (2000) is an absolutely stunning collection of buildings on the outskirts of Innsbruck, which was completed for roughly $180/SF (2014 USD). The project consists of underground parking for all units, 101 apartments and 197 condos including 16 elderly units. It received numerous prizes, and was NHT’s first big foray into (and a major benchmark of) ultra-low energy housing. It also happens to be a terrific example of affordable, high-quality midrise construction (definitely in my top 5).

Let’s do this!
Now is this something that could be done in Seattle? Not only could we, but I believe it is an imperative. It would easily become a national model for innovative social housing. We have some of the brightest construction nerds, a blossoming cross laminated timber industry (underway on the other side of the 49th parallel), and a fast growing Passivhaus community in North America (NYC has us beat, but only because energy costs are significantly higher there). Freeing up thousands of affordable units a year would actually increase filtering of units in older buildings. It would also push aging buildings to be rehab’d or torn down for a net increase in housing. I think this could be a win for nearly everyone if the funding issues could be sorted—good jobs, desperately-needed housing, and spurred innovation. If Sound Transit can pull off complex, billion dollar transit projects on time and under budget, surely the City can pull off social housing that will have a lasting legacy for our region.

Mike Eliason is a certified passivhaus designer, energy geek, and design nerd with an almost fetishistic interest in prefab wood buildings, low-energy architecture, social housing, and all things German. He has lived in Fremont for nearly a decade, and wants Seattle to become a greater version of Freiburg so his wife doesn’t force him to return to live in Vauban.