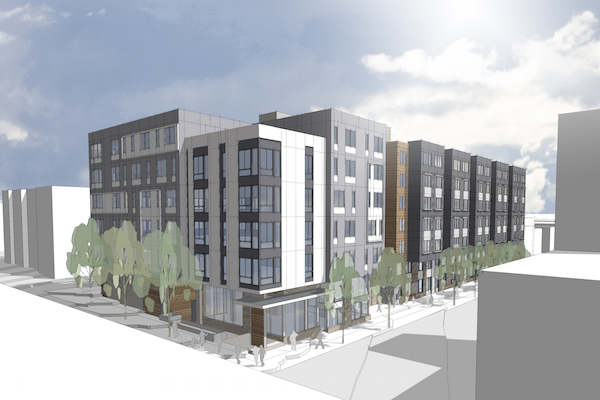 Seattle’s Office of Housing is set to make the largest annual investment to affordable housing in its history, as Mayor Ed Murray’s office announced via this press release.

The 2015 award is the largest ever annual investment in affordable housing by the City. Last year, the Office of Housing awarded $22 million. In his 2015 State of the City address, Murray pledged $35 million to support the recommendations of Seattle’s Housing Affordability and Livability Agenda (HALA) advisory committee.

Mayor Murray credited developers for allowing the city to surpass his pledge by $10 million.

This year’s extraordinary funding level is due to significant contributions from developers who have benefited from the recent building boom. Developers who participate in Incentive Zoning provide payments to the City’s affordable housing fund, which the Office of Housing uses to leverage other state and federal funding.

It’s a nice sentiment that developers, the city, and housing advocates are all working together. That said, developers certainly acquired a benefit for themselves through incentive zoning programs. It’s not exactly charity. Still, kudos to them for participating.

Murray said the $45 million investment would create 809 affordable apartments. That works out to an average cost to the city of $55,624.23 per unit. The city is not the exclusive source of funding on these projects. Some cities have done a lot worse—Chicago Housing Authority comes to mind—in efficiently administering their affordable housing programs.

Mayor Murray has promised to build 20,000 affordable homes over the next decade—that’s 2,000 per year. At a 809 home per year pace, incentive zoning programs alone aren’t a strong enough funding mechanism to get to Murray’s goal as currently devised. That’s why the press release segued to the need to renew the Seattle Housing Levy:

The Seattle Housing Levy remains the most consistent and important funding source for affordable housing in Seattle. Starting in 1981, voters have approved one bond and four levies for a total of $388 million dollars. These funds have been instrumental in providing more than 12,000 income- and rent-restricted apartments in Seattle. The Seattle Housing Levy is up for renewal in 2016.

The levy is the backbone of affordable housing but the city has already looked to put more meat on the bones. Last month in an unanimous vote the city council passed for the framework of the “Mandatory Affordability Program,” which is the official name of the commercial linkage fee program. The Urbanist delved into that program here. To summarize, the city allows commercial developers to build a few stories higher by easing zoning restrictions (upzones) in exchange for either directly building affordable housing or paying into the affordable housing fund.

Potentially, the Mandatory Affordability Program could create a substantial amount of affordable housing once it goes into effect, which is whenever the city council passes the upzone for the respective neighborhood. I will let our resident urban planner Stephen Fesler explain the legalese:

As it is devised, the Commercial Linkage Fees will only become effective when formal changes to increasing zoning or development capacity in a targeted area directly refer back to the Commercial Linkage Fee ordinance (Chapter 23.58B), or are subject to certain contract rezones. South Lake Union and Downtown Seattle are the first likely locations where the this would be instituted, and according to Councilmember Mike O’Brien, that’s slated to happen in the first half of 2016.

The city is celebrating a success with incentive zoning securing $45 million for affordable housing through private development, but much works still needs to be done. First, the city council needs to pass upzones in South Lake Union and Downtown before the commercial linkage fee will go into effect. Second, the Seattle Housing Levy needs to be renewed and hopefully expanded in 2016. Third, we need to continue to innovate and come up with new solutions to tackle Seattle’s affordability crisis.