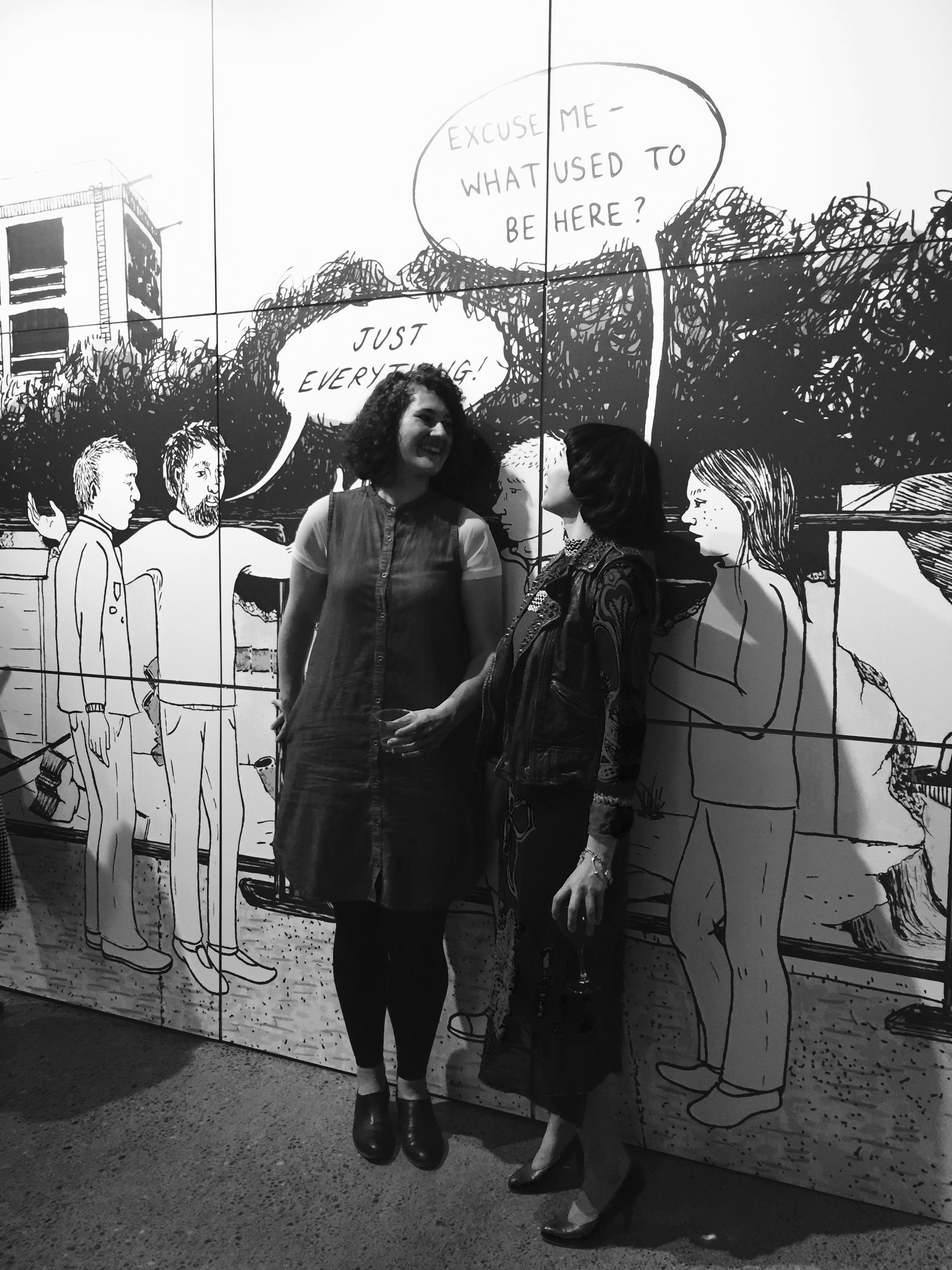 At the BOOM: Changing Seattle exhibition Seattleites interested in shaping Seattle’s future began by looking backward. Rapid change is nothing new to our city. The Urbanist checked in with three Seattleites involved in the must-see exhibit. Together, they have made connections that will appeal to a broad swath of Seattle communities. This exhibit has the potential to critically inform future decision making around land use policy.

Aletheia Wittman wants Seattleites to have a sense of the language of design. She wants Seattle Architecture Foundation (SAF) to lead better civic engagement with ongoing discussions about growth and development throughout our city. Aletheia is the Exhibit and Public Programs Manager at SAF & co-curated the exhibit. S. Surface, Design In Public, understands exhibits like BOOM will enable citizens to become more engaged in the design process.

The impacts of past waves of displacement shape our current conversations around land use, housing policy, and design guidelines. The Invisible Seattle archive is being exhibited for the first time. (Click here for this cool yet unrelated video about the Invisible Seattle collective). Whitney Rearick, Seattle renter and Executive Director of Housing Resources Bainbridge, attended the opening reception. She explained how the Invisible Seattle archive demonstrates that Seattleites have been discussing “the death of Seattle character for decades”. Attendees are encouraged to bring an item that reminds them of Seattle to contribute to this shrine of objects. Paper and pen are provided if you’d prefer to illustrate your memories.