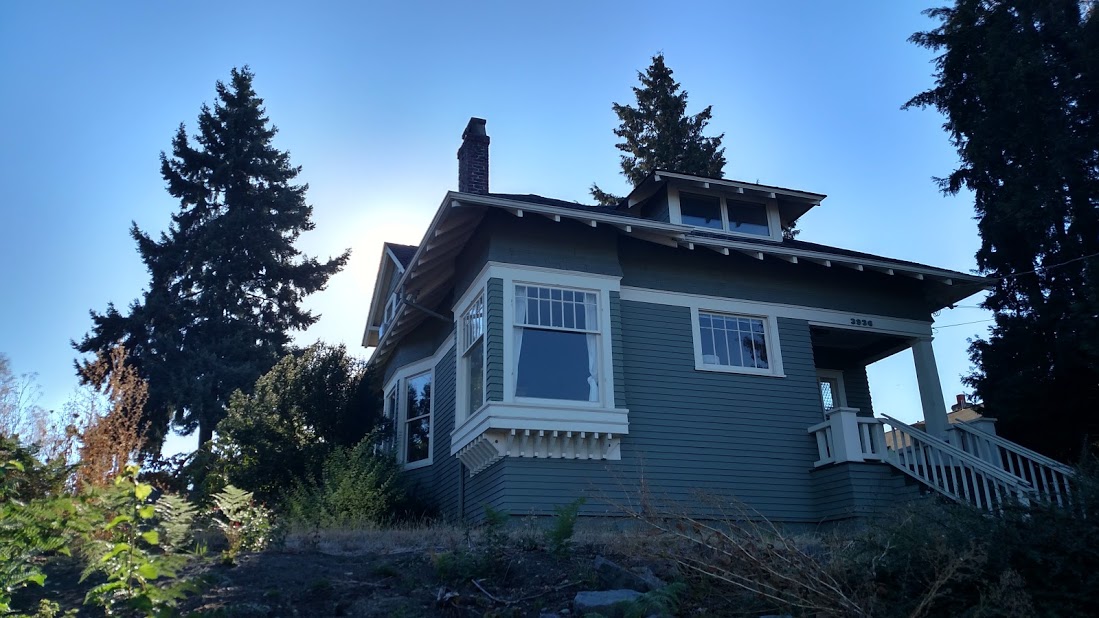 First of all, Seattle simply lacks the space to add new single-family homes in sufficient numbers to meet demand. Secondly, the high cost of both land and construction makes a single family home an expensive thing to build no matter how much we wail against developer profiteering, and owning one will remain out of reach for low income residents, and even those making the area median income (AMI).

Nonetheless, Dudley branded himself and like-minded Seattleites as the true progressives in a holy war with…well, progress. Dudley issued a call to arms: “Progressives should be especially wary of the proposal by Mayor Ed Murray and City Councilmember Mike O’Brien to allow Seattle’s single-family homes to be converted to investor-owned, multifamily rentals.”

This warning is misleading on many levels. Demonizing “investor-owned” aspect of rentals overlooks how many single family homeowners treat their homes as investment as well, but we don’t treat that as evil. Moreover, the final Housing Affordability and Livability Agenda (HALA) committee report actually didn’t recommend doing anything to most of Seattle’s single-family zoned land, in other words leaving half the city untouched. Dudley is sharpening his pitchfork for a fight that doesn’t seem imminent. That single-family homes are in peril is a lie that’s been planted and nurtured by Seattle Times columnists for more than a year. In July 2015, The Urbanist‘s Owen Pickford reported:

Much of the opposition was based on inaccurate fear-mongering that began with Danny Westneat’s column claiming the HALA recommendations would eliminate single-family zoning. This narrative was based on a small portion in a leaked draft of the recommendations that didn’t make it into the final set of recommendations. Even though the ultimate proposal didn’t include this detail, the narrative had wings.

Thanks to the Westneat-stoked backlash, that idea was shot down before it could even be formally proposed. Both Mayor Murray and Councilmember Mike O’Brien backed away from such far-reaching zoning reform. What the HALA committee did propose was changing the zoning in single-family zones within urban villages, but this land within urban villages represents a small fraction of the vast amount of Seattle land zoned single-family (more than 60 percent of the city overall). And let’s note the possibility of living in the vicinity of a duplex or rowhouse was hardly Armageddon in the first place.

Charles Mudede had an excellent rebuttal titled “Seattle’s Homeowners Will Not Save The Poor” in which he pointed out homeownership is largely unobtainable for the 50 percent of Americans who’ve accumulated almost no net wealth. No wealth means little prospect for a down payment, an even bigger problem in Seattle’s superheated market where buyers often have to offer cash above listing price to even get considered.

Mudede points instead toward the oft-overlooked solution of social housing:

In 1930s, when the construction sector was in a deep slump, no end of the slump was in sight, there were two ways to revive it and get people working again: build government housing for the poor or set up a financial structure that would stimulate growth by protecting banks from bad loans and offering low-interest long-term loans to those who could not afford homes otherwise. The market encouraged the latter solution and did everything in its power to destroy the former one (which completed directly with the interests of investors and land speculators). To this day, no one, and certainly not our dear Mr. Dudley, would dare to take the first option seriously. Such was not the case for many Americans in the year that gave the developers and bankers the backdoor socialism of the 30-year mortgage.

So while banks and homeowners get backdoor socialism, the poor are left with the hollow promise of homeownership in a county where the median home price last month was more than half a million dollars. Even if some low-income (below 80% of AMI) folks luck out and find an older home priced well below the median, say around $350,000–rare in this market–they’d likely still be left with a monthly mortgage payment beyond their means. And good luck saving for a down payment while paying Seattle rent.

So, we cannot reasonably rely on homeownership to save our working poor. In fact, lower-middle class homeowners, and particularly minorities, were hit hard by 2008 financial crisis and many haven’t recovered. Many black households in particular saw their wealth evaporate. In his 2014 Slate article, “The Crisis in Black Homeownership,” Jamelle Bouie reported:

By the official end of the recession in 2009, median household net worth for blacks had fallen to $5,677—a generation’s worth of hard work and progress wiped out. (The number for whites, by comparison, was $113,149.) Overall, from 2007 to 2010, wealth for blacks declined by an average of 31 percent, home equity by an average of 28 percent, and retirement savings by an average of 35 percent. By contrast, whites lost 11 percent in wealth, lost 24 percent in home equity, and gained 9 percent in retirement savings. According to a 2013 report by researchers at Brandeis University, “half the collective wealth of African-American families was stripped away during the Great Recession.”

Thus, for Seattle’s low-income families, it’s not as simple as finding a home, snagging a mortgage and settling into the American dream. Things don’t often go that smoothly and a crisis can turn what seemed an asset into a burden, as the 2008 housing crash showed. Obviously, many people would choose to buy a home if they could afford it. But until either home prices come way down or the City, the County and/or the Federal government somehow offer massive subsidies, homeownership won’t be a viable, widespread solution for Seattle’s poor.

And maybe it’s not the right solution anyway. Some have even argued homeownership can actually exacerbate inequality. What’s clear is we need to build lots of housing to keep more and more people from being displaced as wealthier people move in to take advantage of our high quality of life and robust job market. We can’t waste time quibbling over whether that housing is detached from other housing and attached to garages.

Note, Dudley’s non-solution for housing Seattle’s poor has come on the heels of his similarly inequitable transportation vision predicated on car ownership, which costs an average of $9,122 per year according to AAA. Like the cost of a mortgage, car ownership is a big burden for cash-strapped Seattle families; we should be planning a city that provides more transportation and housing options than the tired old rambler with a two-car garage cliche.