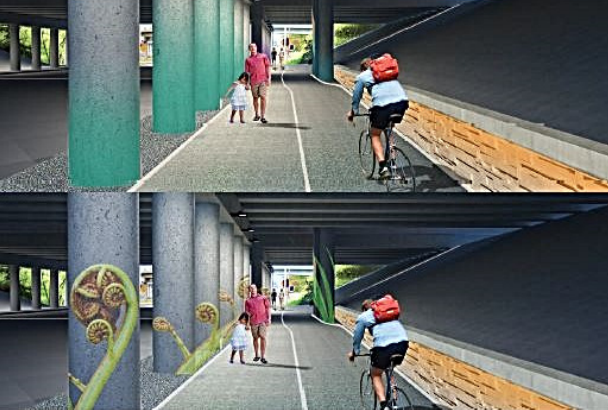 On Thursday, the Puget Sound Regional Council released a slate of proposed bicycle and pedestrian projects for public comment that the agency plans to fund. More than $17.5 million of federal funding will be dispersed across 12 projects in King, Pierce, Snohomish, and Kitsap Counties. Dozens of applications were submitted to the PSRC for funding. It’s possible that additional federal transportation funding could become available in the future, in which case the agency would dole out extra dollars for projects next up on the priority list.

The types of non-motorized projects that PSRC plans to fund are broad and include trails, bridges, bike lanes, sidewalk construction, and public realm improvements.

In the Parkland, $1,017,325 would be earmarked for a streetscape improvement project spearheaded by Pierce County. Improvements would widen sidewalks and fill in gaps near the transit center. Other improvements would include new LED lights, signed and striped bike lanes, landscaping and planter strips, and a new crosswalk.

In Redmond, $2,318,683 would be earmarked for a trail extension project that would link the Redmond Central Connector with the East Lake Sammamish Trail using former railway right-of-way. The trail is planned to be 16 feet wide with the paved portion being 12 feet wide. The total trail would be approximately 1,750 feet and pass under the SR-520/SR-202 interchange at-grade. The project also has a relationship with the planned Sound Transit light rail extension and would support the future urban village near Marymoor Park.

In Seattle, $2,409,859 would be earmarked for seismic retrofits to the Cowen Park bridge on 15th Ave NE. Retrofitting will involve overall structural improvements to piers, columns, and crossbeams.

In the White Center area, $951,631 would be earmarked for pedestrian and bike improvements near the future corridor of King County Metro Transit’s RapidRide H Line. New sidewalk would be constructed to fill in gaps. Other safety improvements for pedestrian crossings and bike lanes would be provided.

$1,550,888 would be earmarked for non-motorized mobility improvements between SE 54th St and SR-900 on Newport Way in Issaquah. The project includes aesthetic improvements, new stormwater facilities, and improved crossings. The objective of the project is to facility new regional employment and population growth near the city center.

$2,201,474 would be earmarked for complete street improvements in Tacoma’s brewery district. A mix of improvements would include new bike lanes, upgraded crossings and signals, curb ramps, pedestrian refuge islands, and mid-block crossings.

In Bainbridge Island, $878,320 would be earmarked for a pedestrian and bicycle project on streets leading up to the ferry terminal. Most of the improvements would be concentrated at the key intersection of Winslow Way and Olympic Drive SE (SR-305). In-street bike lanes would be installed making it safer to navigate the uphill/downhill intersection. Off-street bike lanes would also be installed for a small segment of Olympic Drive SE. The pedestrian environment would also improve with wider sidewalks and accessibility features. 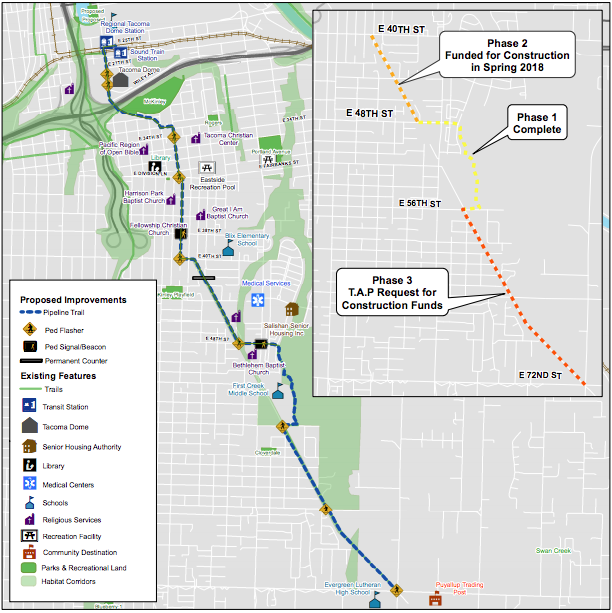 In Tacoma, $1,936,057 would support construction of a 1.4-mile segment of the Pipeline Trail. The trail is already partially complete between E 48th St and E 56th St. Another segment will begin construction in 2018 linking up the trail at E 48th St with Tacoma Dome Station in Downtown Tacoma. The PSRC funding would take the trail as far south E 72nd St just outside of the Tacoma city limits. The trail will be paved with a minimum width of 10 feet and an additional two feet of gravel on each side. Other improvements include signage, benches, access control, light, and pedestrian-activated signals. Eventually, the Pipeline Trail is planned to stretch 14.5 miles providing regional non-motorized access in Pierce County. 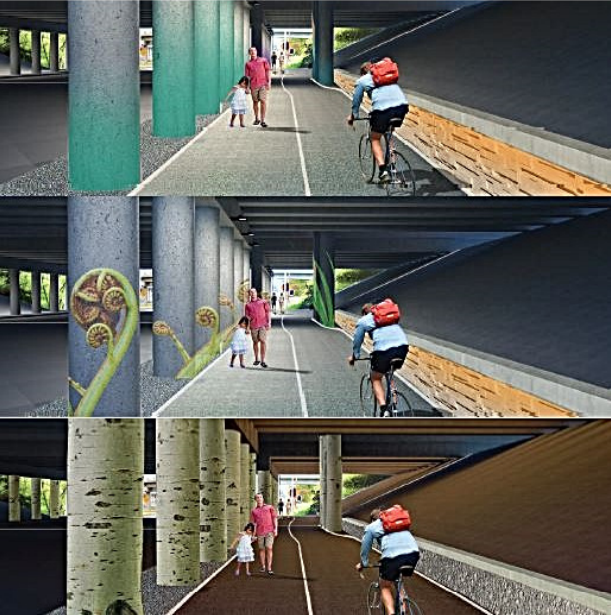 In Lynnwood, $255,672 would be dedicated to improving an I-5 underpass for people walking and biking. The underpass is located on 44th Ave W which is near Lynnwood’s burgeoning city center, the Interurban Trail, and future light rail station. The project would help construct a shared use path, add lighting, and improve crossings. Public art would also be installed to create a welcoming environment.

In Sultan, $2,500,000 would be earmarked for pedestrian and bicycle bridge over the Sultan River. This would link the two sides of Sultan itself and provide a safe, accessible means to get across the river. The bridge would be located adjacent to US Route 2. The project would include 10-foot wide pedestrian and bicycle facilities spanning more than 600 feet in length.

$153,412 would be earmarked for accessibility improvements at the Bremerton Transportation Center. Improvements would be focused on widening sidewalks, elevator replacement, detectable warning mats, curb ramps, and modifying the load/unload area at the ferry and bus terminal.