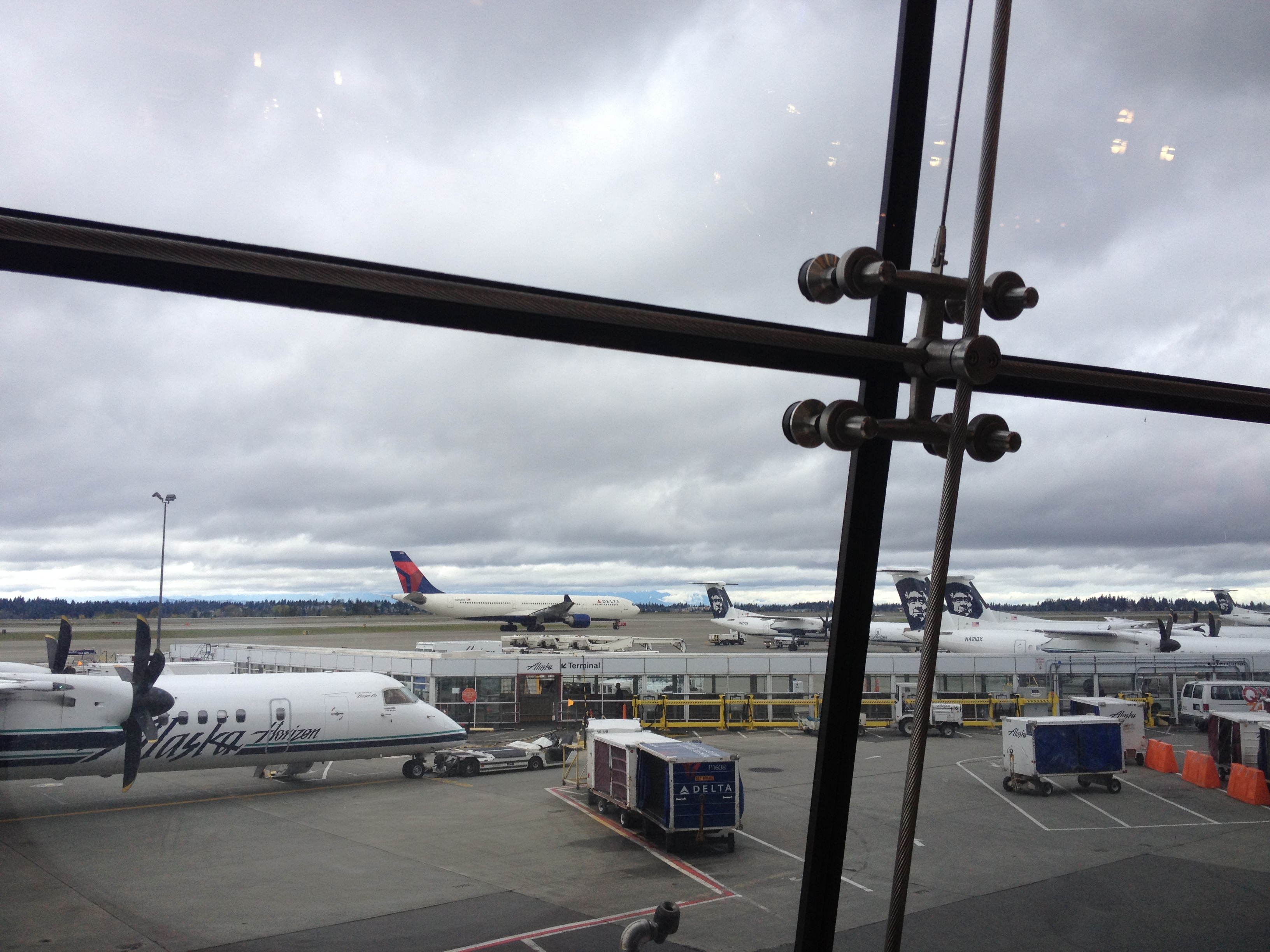 Earlier this month, the Port of Seattle Commission was briefed on an update of the Sustainable Airport Master Plan (SAMP) for Sea-Tac International Airport. It was the first briefing on the subject in a year and a half. A lot has changed in the direction of the plan, according to project managers. The project was originally scoped to look at 20 years worth of actions; the slow progress has shortened that window to 16 years. The new scope of the plan, however, takes a closer at near-term actions so that they can begin the planning process and break ground successively.

In a memorandum to the Port of Seattle Commission, airport staff explain why the process has experienced such significant delay. “There are two primary factors which have contributed to schedule delay and the increased cost of analysis, documentation, project management, and other soft costs of the SAMP,” the memorandum states. “One factor is extensive airside modeling and coordination with the [Federal Aviation Administration (FAA)] experts to test the ability of development alternatives to meet near-term and long-term demand and to determine a two-step approach to advance SAMP. The other primary factor is additional analysis and documentation required due to the identification of alternatives involving one [versus] two terminals–i.e. accommodating forecast demand within the existing terminal with significant redevelopment/expansion versus accommodating future demand with a combination of a second terminal and less expansion/modification of the existing terminal.”

During the presentation, airport planners talked about an “unconstrained” growth scenario to 2034 where demand for airport would grow to 66 million annual passengers; nearly 47 million passengers passed through the airport last year. Demand for air cargo services would also grow over that time horizon. The number is important because the airport would ideally meet the demand. “Unconstrained” in this context means if the Port of Seattle had unlimited resources to fully implement all projects necessary to meet the demand. It’s not clear, at this point, if the airport does given site and funding constraints.

Arriving at the “unconstrained” growth number is fairly complex and involves multiple sources. The include a model from the Federal Aviation Administration (FAA) that can be checked against for consistency. Other data points come from forecasts by the airlines and local growth projections from the Puget Sound Regional Council (e.g., demographics, per capita spending habits, and population growth). Another key factor, aside from landside and airfield facilities, that can constrain capacity is airspace. Increasing demand for limited airspace could pose a challenge in future years. However, the FAA continues to work on programs such as NextGen to improve predictability, efficiency, and capacity.

Looking at a shorter timeframe and less demand, planners have identified several key projects that can head off massive delays to airport operations for the projected 56 million passengers in 2027. The projects largely incorporate existing capacity investments, such as the International Arrivals Facility, expansion of the North Satellite, and building the new Concourse D Holdroom and hardstand facilities. Other projects will be necessary to realize a new terminal entirely. The planned location for such a facility with 19 gates would be north of Concourse D.

To ready the new north terminal, planners have prioritized companion projects that must be completed to allow for a new terminal to be operational. Those priorities include:

The north terminal would be designed that future expansion further north would be feasible, which ultimately could end up in a “U” shape. Landside services, such as baggage, check-in, and parking, are expected to be provided on the east side of the expressway. The main challenge with the north terminal is room to create comfortable corridors, waiting areas, and retail options.

The plan still considers improvements that will likely need to be made through 2034. In the later years of the plan, cargo areas north of the terminal will need to be improved and in some cases moved to an area south of the airport, further expanding the north terminal, and taxiways near the runways will need substantial expansions. The plan anticipates adding a new expressway south of the airport, too.

To continue with the planning process, airport planners will need authorization for more funding, approximately $800,000. The consultant will finalize the planning documents to start the environmental review process.