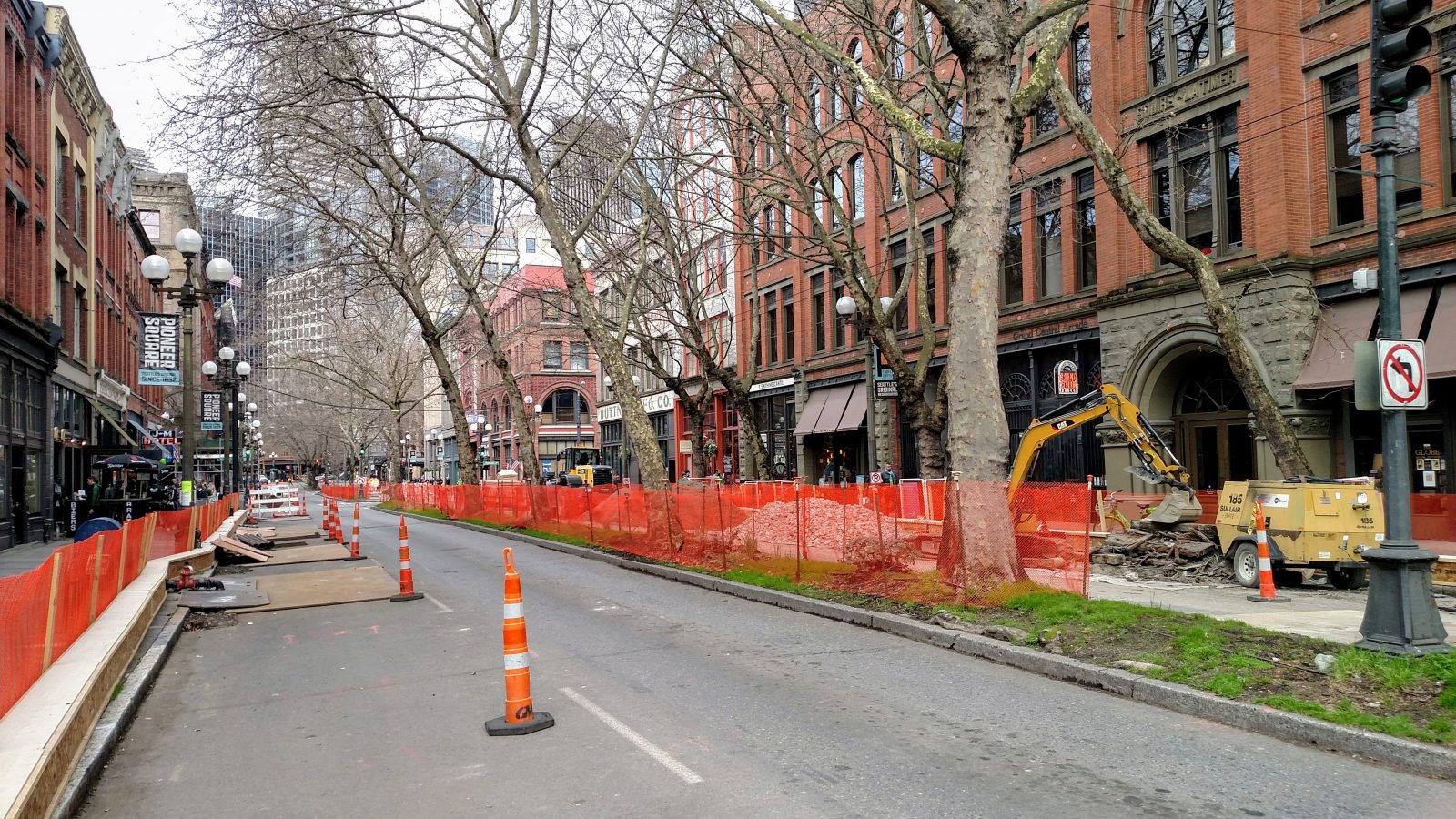 In a surprise move, Seattle Mayor Jenny Durkan halted construction work on the Center City Connector streetcar today. She cited rising costs and an error estimating the cost of streetcar vehicles to justify her pause and reassess move.

“There are too many questions about the true costs of this project and the risks to taxpayers, which is why we must put the brakes on this project,” Mayor Durkan said in a press release. “As your new Mayor, I will continue to scrub our budgets and act to protect taxpayers.”

In a letter to the Seattle City Council, Senior Deputy Mayor Mike Fong revealed the review had already unearthed that the project to connect the First Hill and South Lake Union streetcar lines had increased to more than $200 million in capital costs and had a $23 million budgetary shortfall based on the previous $177 million cost estimate.

“The mayor has directed an immediate ‘stop work’ order for this project,” Senior Deputy Mayor Fong said. “No steps will be taken to move the project forward until: both outside technical review and the project management investigation are complete; all issues regarding the accuracy of operating and capital costs are resolved; we understand what additional financial resources would be needed be complete and operate the project using accurate projects; and we collectively determine that the project still makes sense financially and from a mobility perspective.”

Councilmembers Sally Bagshaw and Mike O’Brien signed on Mayor Durkan’s press release, signaling their support for pausing the project during the review. Councilmember Lisa Herhold, who had been highly skeptical of the Center City Connector, issued a press release thanking the mayor.

“This step is necessary to ensure that the independent review ordered by the Mayor is meaningful. Had work proceeded as scheduled-especially in awarding a construction contract–it would be more difficult to integrate the results of the independent review, or delay or stop the project. I had begun working on legislation to cease spending until the after the review was complete; with the Mayor’s executive order, it appears that won’t be necessary,“ Councilmember Herbold said. “I remain concerned about potential unsustainable operations shortfalls, which could be millions annually, even under the most optimistic ridership and farebox recovery scenarios.”

The Center City Connector is projected to bring the streetcar system’s ridership to 20,000 by 2020 and to about 35,000 by 2035. For comparison Seattle’s highest ridership bus, the RapidRide E, manages about 17,000 on a much longer route that stretches to Shoreline. The Center City Connector has figured as a major part of the One Center City plan to keep people moving through downtown after buses come out of the transit tunnel. By providing a dedicated transit lane on First Avenue, the connector promises to increase transit throughput in Downtown given bus congestion on Third and Fourth Avenues. With this announcement, both the streetcar and One Center City have an uncertain direction, which has cast serious doubt that the city is prepared to take action to avoid transit gridlock during the “period of maximum constraint.”

Although construction work for the streetcar extension will stop, utility work in Pioneer Square to replace a water main under the streetcar line will continue since the seismic upgrades were deemed necessary regardless. If the project does not move forward, the City of Seattle would have to forfeit $75 million in federal grants it received. That forfeiture, if it happens, could jeopardize Seattle’s place in line and standing on other transit projects seeking federal grants, including Sound Transit light rail projects, as Councilmember Rob Johnson has pointed out. It’s not clear how much money could be recovered from contracts canceled this late in the process.

When former SDOT Director Scott Kubly was brought aboard, he was billed as the “streetcar czar” for his role managing Washington DC streetcar projects. The Center City Connector was supposed to be right in his wheelhouse, but the project that could have been his legacy appears in jeopardy as serious questions have surfaced regarding how it was managed. It seems steadier leadership could have more gracefully navigated the project through the stormy waters it has found itself in.

Senior Deputy Mayor Fong said that SDOT Director Goran Sparrman and Budget Office Director Ben Noble will be available for questions at the full council briefing on Monday. I’d wager the councilmembers will have plenty of questions to go around.