In 2015, the Seattle Department of Transportation (SDOT) rechannelized a two-mile stretch of 35th Ave SW in West Seattle from SW Roxbury St near Seattle’s city limits north to SW Willow St. The corridor, which has been referred to as “I-35” for many years, was designed to move as much traffic as possible via two travel lanes in each direction, and move it did: a speed study in the middle of the corridor prior to the redesign showed that 67% of northbound drivers were driving over the 35 mph speed limit. As of 2016, 35th Ave SW as a whole ranked #4 in the city of Seattle in fatalities as a result of traffic collisions over the previous decade.

The change, which converted the two lanes in each direction to one, with the addition of a center turn lane, is one that the city has made on several high-collision corridors in recent years, including Nickerson Street in Queen Anne, and NE 75th St and NE 125th St in North Seattle. Rainier Avenue (#2 in fatalities during the same period I referenced) is currently having the same treatment phased in along much of its length, and serious injuries have precipitously declined there where it’s been done.

SDOT planned the 35th Ave SW segment from Roxbury to Willow as phase one of the project from the beginning, with initial plans for phase two proposed in 2016 that included rechannelizing some of 35th north of SW Morgan St to match the southern segment already completed. That stretch includes SW Graham St, where there have been two fatal collisions in recent years, one involving someone on foot and one involving someone on a bike. During a 10-year period that SDOT examined in its review of the street, there were 255 collisions between SW Morgan St and SW Alaska St, including 21 pedestrians hit. 10 of the pedestrian-involved collisions occurred at SW Morgan Street. 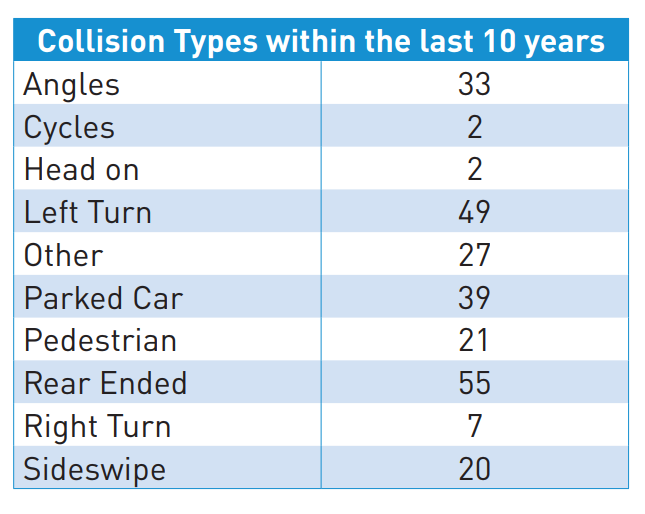 This past week the West Seattle Blog has broken the news that SDOT is not planning any changes to the roadway lanes north of Morgan for the immediate future.  “We’re not rechannelizing the northern section at this time. That doesn’t mean we’ll never rechannelize it,” said Jim Curtin, head of Vision Zero at SDOT.

SDOT’s 2016 presentation on proposed changes for phase two notes that on the northern segment “the majority of drivers still travel at nearly 40 mph and nearly 1000 drivers per day travel at speeds of 45 mph or higher. Speed is the critical factor in collision severity and 40 mph is deadly for vulnerable users. Speed-reduction techniques will be applied in Phase 2.”

But it’s not clear exactly what the speed-reduction techniques will be if they do not come in the form of lane changes. The northern segment of 35th is the segment of the corridor with the highest traffic volumes, but the fact that traffic speeds along that segment remain high suggests that outside of peak hours, demand is still underneath what the street was designed to handle.

Without moving forward with lane changes, SDOT is proposing crossing improvements at Graham–the planned crossing point at 35th for the West Seattle neighborhood greenway–that include a signal to stop traffic, as well as a full signal at SW Dawson, which is the entrance to Camp Long, a Seattle Parks facility. The southern segment had its speed limit dropped to 30 mph from 35 mph when the changes took place. Two additional lights along the corridor may have an impact on traffic speeds, but without a rechannelization occurring, further speed limit reduction is unlikely–and even if it occurred it is unlikely that actual traffic speeds would drop accordingly.

SDOT’s presentation materials in 2016 clearly showed a huge need for significant traffic calming and crossing improvements on 35th north of Morgan–the outstanding question is: what changed? We can look elsewhere in the city for a possible clue.

The clear retreat on any lane changes for the remainder of 35th Ave SW by SDOT is just another in a series of decisions coming during the first months of Mayor Jenny Durkan’s term in office that suggests that the incoming administration does not take the Vision Zero commitment announced by former Mayor Ed Murray seriously. With serious injuries and fatalities on our streets not anywhere near on track to meet the goal of 0 by 2030, rechannelizing out-of-control streets like 35th should be an obvious choice for a transportation department to make. Scaling back changes on Fourth Avenue that would improve safety for pedestrians and cyclists, allowing SDOT to put the Fauntleroy Boulevard project on hold, staying silent on 35th Ave NE, and doing the bare minimum in changes on Rainier Avenue all signal a mayor who values political expediency over making tough decisions that Seattle committed to in signing on to a program like Vision Zero.