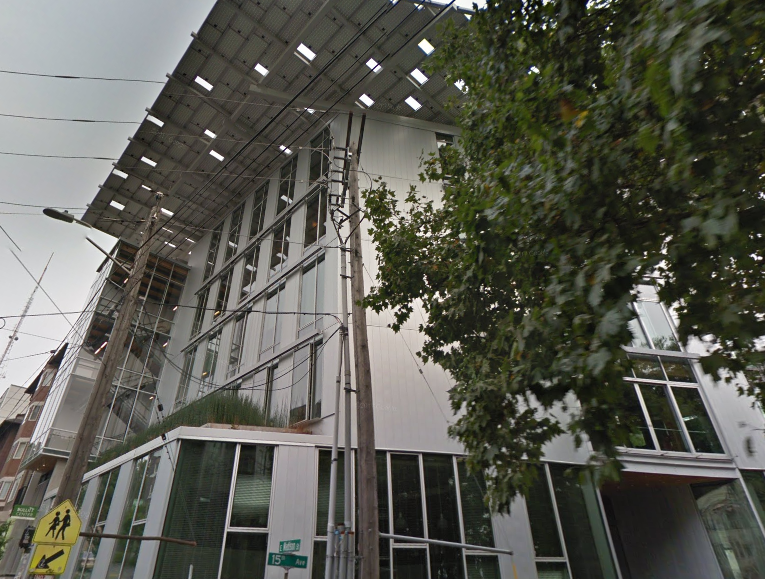 The city council approved significant revisions to the city’s high performance building incentive program. Currently, the program is tailored to the Living Building Challenge–a deep green building standard–offering extra floor area and building height as well as exemptions from the Mandatory Housing Affordability program in exchange for long-term commitments to attaining sustainable buildings. The program authorizes up to 20 projects to participate in the pilot program. However, only one project, the Bullitt Center, has been built under the program in its nine-year life, although a new development in Fremont may follow to become the second.

In response to this, the program is getting another overhaul with updated incentives, standards, and enforcement requirements. Additionally, a new pilot program will be created as a result of recommendations from the Seattle 2030 District so that existing buildings can participate in the incentive options if retrofitted. The two programs will be structured very similarly, though there are some exceptions.

The 2030 Challenge High Performance Existing Building Pilot Program will only be available within urban centers and comes with several key eligibility conditions:

To qualify for either green building program, several new standards will apply to projects:

New incentives will include:

For both programs, prescriptive standards will be codified for fining non-compliance with water, energy, and transportation (in the case of the 2030 program) standards after a project is completed. Incremental penalties will be imposed by the type of non-compliance and divergence of the required baseline standard. Penalties derived from this will be used for program that improve energy and water efficiency and reduce greenhouse gas emissions in buildings across the city. The hope is by establishing these standards, developers and financiers will be more comfortable moving forward with projects under the programs since they will have certainty in their responsibilities if subject to fines.

Finally, full design review will apply to all projects participating in the 2030 program in addition to the Living Building Challenge.

Additionally, SDOT will able to spend an additional $2 million for the STBD this year than had been originally budgeted for 2018.

A fifth major policy, however, was stripped from the final legislation after concerns boiled up over equity, labor practices, privatization, and utility of contracted private microtransit services. SDOT had proposed creation of a pilot program to allow the city to enter into private contracts for microtransit services (i.e., minibuses and minivans operated by private entities, not King County Metro Transit) that would travel across the city and address challenges with first-mile and last-mile transit gaps.

The city council approved a temporary right-of-way easement and agreement for the Washington State Convention Center (WSCC) expansion. WSCC will be responsible for temporarily shifting Olive Way north between Boren Avenue and Ninth Avenue so that traffic can continue to operate on the street while construction at the convention center expansion site happens. Olive Way will become a curved street for the several years before moving back into its old right-of-way alignment. Meanwhile, Terry Avenue will be fully closed until restoration of Olive Way is completed.

Olive Way continue will move traffic westbound and include a bus-only lane. On the north side of Olive Way, a sidewalk will be constructed and provide a connection to sidewalks on Howell Street since the two streets will essentially abut. Crosswalks at either end of Olive Way will be adjusted, often is awkward fashions. Major concerns, however, remain over general pedestrian and bicycle access around the convention center construction site. Staging schedules that have been released to date suggest that people walking and biking will have to endure severe disruptions in the area for the next few years in ways that motorized traffic will not.

The parking payment code received some small updates by modernizing language and providing flexibility for the future with the city council authorizing the changes.

Over the past decade or so, SDOT has been gradually adopting new parking payment options. In 2004, the city transitioned away from traditional parking meters to pay station kiosks, allowing people parking to use the pay-and-display method instead. In 2012, the city then added a new option of payment by phone.

The legislation goes a step further by allowing pay-to-park signage to simply be the regulatory measure for payment of parking. While each block with paid parking currently has a pay station present, it’s conceivable that the could change in the future with pay stations being further consolidated or eliminated as mobile payments–which account for 29% of all payments today–continue to rise.

Another transportation-related ordinance also passed, which will authorize SDOT to acquire several small parcels of land to facilitate the rebuild of the Fairview Avenue bridge. The new bridge construction will mean a year or more of local transportation disruptions, particularly to be people walking, biking, or taking transit. But in the long-run, it should result in a better facility with more sidewalks, a protected bike lane, and new viewpoint opportunities for Lake Union. Pre-construction on the bridge will begin this winter.

Title image of the Bullitt Center courtesy of Google Maps.