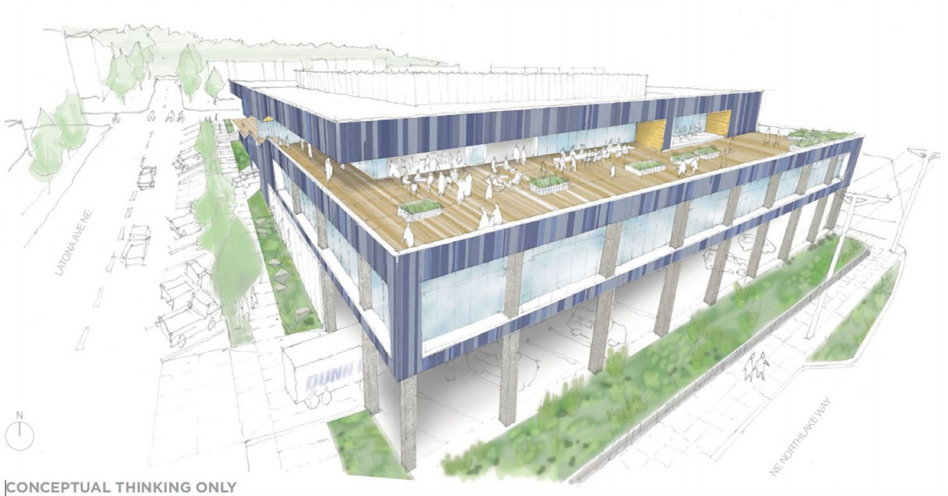 On Monday, the Seattle City Council approved disposition and sale of a City-owned brickyard (3819 4th Ave NE) next to Dunn Lumber in Wallingford. The property is currently owned by the Seattle Department of Transportation (SDOT) and zoned Industrial Commercial with a 45-foot height limit, which allows light industrial and commercial uses but not residential uses. Under the terms of the deal, the city will receive $2.575 million in payments that will go into the general transportation fund. Other departments did not express interest in acquiring the property.

On Wednesday, the Planning, Land Use, and Zoning (PLUZ) Committee will convene for a packed meeting agenda. Councilmembers on the committee will have an opportunity to discuss the University of Washington Campus Master Plan, which is slated for approval later this year. As a major institution, the University of Washington gets to initiate its own master plan and participate in a process outside the City’s normal neighborhood planning system, but it still needs council approval. Several substantial amendments to the recommendation from the Hearing Examiner are under consideration, including:

The PLUZ will also discuss key policy issues for an in-development bill to reform the city’s regulations for tree preservation and tree canopy. No changes have yet been made to the draft released in August, but councilmembers and members of the public identified several areas worth additional consideration prior to introduction of a formal bill.

The PLUZ will likely vote on an extended moratorium on heavy commercial uses in the Aurora-Licton Urban Village. The moratorium extension would run another six months so that zoning changes in development can run their course. A public hearing and possible vote is schedule for technical amendments to pedestrian access and circulation requirements and updated South Lake Union Design Guidelines may move out of committee.