South Korea’s capital city of Seoul recently unveiled plans to become the first major city government with a solid foothold in the metaverse. Both a result of increased natural telecommunication due to social distancing and solution to combat bureaucratic red-tape in the highly populated city, Mayor Oh-See Hoon hopes that by the end of 2023, residents will be able to participate in a metaverse communication ecosystem for filing civil complaints and consultations at the municipal level.

Already a very tech-savvy city — estimates show that about 95% of Seoul residents use the internet — these novel plans are of larger 5-year agenda with multiple phases that cuts across the public and private markets, and economic, tourism, and culture sectors.

Often a buzzword in today’s times, the metaverse is an augmented reality sphere that combines internet technologies, like 3D, with the physical world with the hopes of allowing people to participate in virtual governments, virtual economies, and to visit historic sites from the comfort of their own homes. To get the most accurate portrayal of a metaverse city think of world-building video games like Fortnite or Animal Crossing, but instead of on a screen, it’s fully immersive, and the avatars aren’t arbitrary characters but your neighbors, public servants, and government officials.

Additionally, in a recent report released by the Shanghai Municipal Commission of Economy and Information, it was revealed that it is too engaging in metaverse exploration in accordance with a five-year development plan. A CNBC translation of the Chinese documents quotes the report as “encouraging the application of the metaverse in areas such as public services, business offices, social entertainment, industrial manufacturing, production safety, and electronic games.”

Outside of Asia, the island nation of Barbados has acquired “land” in Decentraland — a 3D virtual reality meeting space — with plans to open the first embassy in the metaverse.

On a more local level, Boeing hopes to build a digital replica of its next airplane model in the metaverse to correct design and structural flaws in real-time.

Down the coast, in Santa Monica, the FlickPlay is allowing residents and tourists to get a taste of metaverse cities with an interactive map that lets people collect coins on street corners and in front of local businesses.

It seems that urban life in the metaverse is truly closer than it’s ever been, leaving many, including policy graduate students like myself, wondering are metaverse cities worth it or are they too much science fiction dystopia come to life?

A glaring issue faced by the metaverse is its tether to cryptocurrency. The idea behind modern life in the metaverse is that individuals ought to be able to travel between various iterations of the metaverse with a form of currency that easily travels between each and holds its value. It’s analogous to a videogame where there are multiple worlds or universes, but the gold coins needed for upgrades or new tools stay the same between the various realms.

From Bitcoin to Ethereum, cryptocurrency has emerged as the most obvious suspect to make this possible, and how-to-guides to invest such electronic currencies in the burgeoning metaverse have begun popping up. An ongoing battle has already started to determine which variation of crypto will take primacy in the metaverse.

However, it doesn’t take having an economics degree to know that using and basing entire markets and livelihoods off of highly unregulated and fickle forms of currency is not the brightest idea.

Not to mention the inequity aspects of it. Something is definitely wrong when millionaires are buying insanely expensive VR yachts with cryptocurrency, and a lot of everyday people can’t even afford the rising cost of living in the cities in which they work.

Crypto criticism aside, it helps to remember that the metaverse hasn’t truly come to fruition yet. Even South Korea’s Metaverse Seoul plans which are amongst the most concreate of its kind are considered emergent at best by most authorities, with many questions left to be answered.

For example, Kim Sangkyun, an industrial engineering professor at Kangwon National University and metaverse researcher told the Washington Post that he is wary of unforeseen accessibility, security, and affordability issues that await city planners as they take on the metaverse.

On a more hopeful note, Sangkyun believes that the metaverse can be a place where solutions to target urban tension come to life. “We still live in a physical world and will continue to do so. Having said that, we can turn to the metaverse to discover various ways to enhance values in life. I hope to see a more shared, connected, and expanded Seoul through the metaverse in the near future,” said Sangkyun in a lecture he gave at the 2021 Seoul Design International Forum.

Sangkyun speculates of a Seoul where sharing urban spaces will be less combative in the high-density city, as metaverse capabilities can allow individuals to know of real-time capacity constraints in a venue or form of public transportation at a moment’s notice.

In the most promising sense along with allowing individuals to access much-needed government services to visiting much-lauded tourist attractions from the comfort of their own homes, some academics believe that the metaverse is a second chance to get it right. Urban planning and life that is.

For example, urban planning scholars have theorized that metaverse cities can be models of resilience and societal harmony for their physical counterparts due to tools for instantaneous feedback from residents that are not feasible in the making of physical cities. Additionally as futuristic as the metaverse is, it can also operate as a window to the past through the recreation of unreachable and culturally significant heritage sites in the metaverse.

On the climate front, geo-engineers and architects hope that immersive virtual reality games that mimic the potentially devastating impacts of climate change can help insight collective action, and foster solution-making for the future of cities amidst the worsening climate crisis.

A particularly relevant benefit of the metaverse may include the elimination of work-related travel altogether. There’s no point in commuting from Seattle to Tokyo for a face-to-face meeting when technology allows you to do just that without going anywhere. Not to say that all travel or public transportation will be completely eliminated, it won’t and the kind that exists will be more efficient, thanks to digital twins in the metaverse.

Ultimately, if you ask me, these are all fascinating possibilities, and some are even noble, but as far as we know we only have one planet to inhabit and there are many cities on this planet that demand solutions and soon. These are solutions that ought to take place in the real world and not the metaverse, and if denoting time and resources to one means taking from the other, amidst time-sensitive quandaries, such as the climate crisis and widening income inequality then the answer is pretty clear.

Maybe let’s not go chasing gold coins in metaverse cities. At least, not in this lifetime. 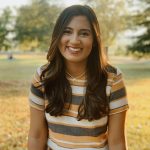 Maryam Noor is an MPA candidate at the Evans School of Public Policy and Governance, and has previously received bachelor’s degrees in Economics and Journalism from the University of Washington She is passionate about ongoing solutions to mitigate the climate crisis, and believes sustainability in urban places can a play a large role in that.