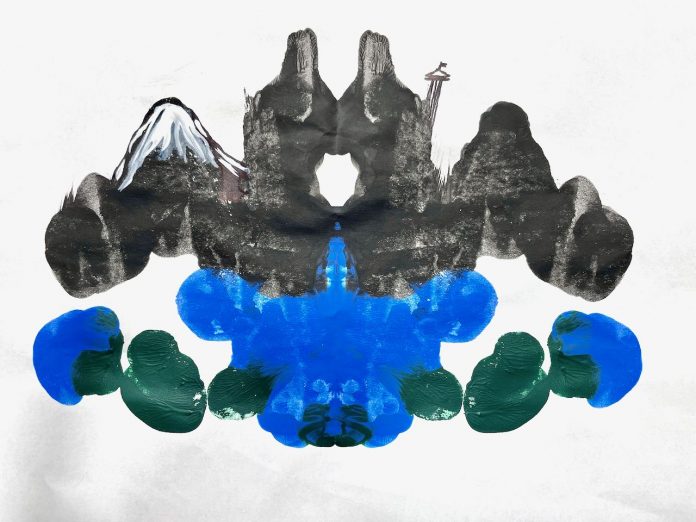 The City of Seattle requires your comments on its upcoming Comprehensive Plan Environmental Impact Statement (EIS) by next Monday, August 22. As Natalie Bicknell Argerious ran down in July, there are very good reasons to do so. And The Urbanist is generally on the record loudly and repeatedly asking everyone to have their voice heard in these sessions. And the many EIS comment periods like it. You should do the same again right here.

The problem I’m having is that commenting on this Comp Plan EIS feels like playing a game. Maybe it’s Whack-a-Mole with the hammer covered in pizza grease. Maybe it’s Monopoly with half the pieces coming from the Parcheesi box. Regardless, it’s a losing game, and that’s not healthy.

Reviewing the City’s documents about this comprehensive plan is an exercise in futility. The text is a meaningless mix of buzzwords. The “One Seattle” title is stale nonsense from the last election. The graphics are literally colored blobs. Everything presented for public review could mean absolutely anything or utterly nothing. They could be psychological tests and we’re all the rats.

It is a dreadful starting point for something as important as a Comprehensive Plan. This document is supposed to guide the city’s development for the next twenty years. When it operates in concert with the zoning ordinance, both documents are stronger. If a Comp Plan includes meaningful objectives and measurable goals, the zoning ordinance can be concise and focused because the courts give the cities wide deference when documents are in order.

Unfortunately, when the Comp Plan is amorphous ink blotches and pedantic koans from which anyone can draw their own conclusions, the zoning ordinance blows up to thousands of pages and home prices go through the roof. Comprehensive plans need specifics. That is not the path of these concepts.

The very good folks who work for Seattle’s Office of Planning and Community Development have spent a lot of time this summer reminding everyone that these conceptual plans are just that: conceptual. They had to make strategic decisions about what ideas to put out and whether to pin those thought processes about access or connection or OMG density to a specific place. While we feel for our colleagues who have to navigate public sector politics, there are some deep problems with basing a comprehensive plan on ambiguous blotches.

Let’s start with the fact that it’s impossible to tell what size these diagrams are. Many of us have read these lines and blobs as the city’s main arterials connecting neighborhoods. However, they could zoom in and the diagram suddenly represents density and zoning in a single neighborhood. Or, zooming out, it could represent the Puget Sound region in its entirety. In blob diagrams, space is untethered.

Such uncertainty is asking for fights were neighborhoods can contend they “met the concept” by focusing their allotted density into a single tiny blob or cluster. This ambiguity is how a city gets 3,500 pages of neighborhood plans and 1,400 pages of zoning. Also, this kind of passing the buck is what’s happening among cities in the region as some municipalities lean on unclear standards to opt out of providing development space.

It is not just scale where these diagrams are meaningless. Seattle has very specific geographic features that don’t show up in these concepts. Start with the big one: water. No current urban village connects directly to water.  Waterfront property is only available to single-family detached houses, industrial land, and Port facilities. These Comp Plan EIS concepts only show polluting roads. By failing to show any water, the Comprehensive Plan locks in that disparity and everything that goes with it.

Through the offered Comp Plan text, access to parks and schools is only spoken in the most general terms. Exposure to pollution and racial equity are referred to other documents and toolkits. Water is just one piece omitted from these concepts, but Seattle’s other painful divisions are absolutely linked to locations on a map. Here are seven different maps that illustrate those divisions. The city’s north-south segregation is poured in concrete that no conceptual blob can overcome. Without directly addressing such hard divisions in these concepts, there is nothing One Seattle about this plan besides the title.

So, how am I going to respond to this EIS? As much as I want to call these concepts malpractice, they are what’s on the table. And to reserve one’s right to complain later means engaging the process at each step. Send in your comments. These are going to be mine:

First, add industrial lands and water. The concepts need to show that the Comp Plan applies to a real city in a real space. That city has real issues with access and segregation. This Comp Plan update cannot back away from allowing dense neighborhoods to access water, parks, and public resources. Keeping these concepts floating in space just locks in Seattle’s north-south divide.

Second, simplify the goals and drop the buzzwords. The text of the concepts throw out phrases like “shape a Seattle that is more equitable, livable, sustainable, and resilient.” It’s these strings of concepts that sound less like attainable goals and more like a shopping list where it’s okay to let one drop. Oh yeah, I know we said salt, but we can go back for that next time. Oh yeah, I know we said sustainable, but we’ll get that on the next re-write. Even at this stage, the concepts should define the words they use and give each important concept appropriate emphasis. If it’s not important enough to stand alone, don’t use it.

Third, the most important word should be abundance. To obey my own directive, abundance means having a large enough quantity of something that its cost is about its production and maintenance, not its scarcity. An abundance of housing gives everyone a place to live close to their work and community. An abundance of access means we’re not limiting clean air and green space to gated communities. An abundance of growing neighborhoods means that people are not being unfairly displaced from homes they don’t want to leave. Abundance is choice.

This Comp Plan update comes after two years of pandemic and five years of the fake “Seattle is Dying” narrative. It would be easy to draw those trends out as a flat line. It would also be wrong. Without abundant housing and jobs, we do not have a viable path to equity, livability, sustainability, and all the other buzzwords in this current comp plan iteration.

In one way, the One Seattle Plan’s amorphous blobs serve a real purpose. They are a cognitive test for what kind of future we can see for Seattle. The challenge is letting ourselves look past these meaningless ink spots. Let’s leave behind the Rorschach Plans, and build a Comprehensive Plan for an abundant future.