As a bustling region that over four million people call home, central Puget Sound deserves a high-quality transit system to move us around safely and sustainably. In turn, our region deserves a high-quality agency to manage this system’s operations and its ongoing expansion. At Complete Streets Bellevue and Move Redmond, organizations that advocate for people walking, biking, rolling, and taking transit in our respective cities, we share King County Council Chair Claudia Balducci’s disappointment in the announced delay of East Link light rail to 2024.

As organizations dedicated to ensuring that residents, workers, and students in Bellevue and Redmond can get around, we are incredibly excited for the improved mobility that Line 2 will bring for thousands of people on the Eastside. Put simply, light rail will be a game-changer for Eastsiders — not just in how we connect with the wider region, but also in how we get around our own communities. That’s why we strongly urge Sound Transit to listen to Council Chair Claudia Balducci and do everything in its power to open light rail service across Eastside stations in 2023.

Even without direct service to Seattle as construction work continues along the I-90 corridor, delivering on-time light rail service between South Bellevue Station and Redmond Technology Station would improve mobility for thousands of Eastsiders. Workers at our region’s top employers, like Microsoft, Amazon, and Meta, would have more direct access to their offices. Our cities’ residents would be able to take a direct train to Overlake Medical Center, improving access to all the medical services housed there. A partial opening of light rail would help familiarize Eastsiders with the wider transit system and develop a loyal rider base who will be excited to take the full system when it connects with Seattle in late 2024.

Running an Eastside light rail system that’s temporarily isolated from the rest of the network does present technical challenges, but we believe that Sound Transit is well-resourced to be able fulfill this vision. The agency’s Operations & Maintenance Facility East (OMFE), centrally positioned north of Bellevue’s Spring District, can service Eastside track and vehicle stock without needing access to facilities west of the lake. Bus routes like the 550 could be shortened and restructured to terminate at South Bellevue Station, providing connections to Seattle that are akin to shuttle buses that the agency runs during station closures. By shortening routes to better connect with the open light rail stations, the agency would also free up resources to be able to run these stopgap shuttles more frequently.

When voters approved Sound Transit 2 package in 2008, the measure that brought light rail to the Eastside, they were aware of the technical undertaking that would be required to realize the vision. After all, building light rail on a floating bridge has never been done before, and it was understandable that certain technical challenges might arise. However, voters were not prepared for the agency’s lack of transparency that has obscured construction issues that were known about since 2019. Maintaining an opening date of 2023 for Eastside stations can go a long way towards restoring public trust in the agency at a time when it is deeply needed.

Our organizations are also looking towards Bellevue, Redmond, and King County to continue investing in station access projects for people who walk, bike, and roll. Critical transportation projects, like Eastrail expansions into Bellevue and the Overlake Village station bridge in Redmond, will greatly improve connections to the light rail stations and should open as soon as possible.

However, it’s crucial that we think of “station access” as extending beyond the immediate area around light rail. Through upcoming work in the Overlake and Wilburton neighborhoods, our cities are each poised to make significant improvements to their bicycle networks centered around these stations. Many projects have already started, like the 156th Avenue NE cycle track and a multi-use path on NE 40th Street in Redmond, and there is a great opportunity to improve a whole neighborhood’s mobility by continuing to enhance station access outside of the immediate station area.

The sheer scale of our region’s transit expansion is sincerely exciting, unprecedented, and worthy of celebration. Construction difficulties certainly pose legitimate challenges to this expansion, but we hope that incoming Sound Transit CEO Julie Timm recognizes this opportunity to restore public trust and pursues an on-time opening of Eastside stations with all available resources. This would then challenge our cities to keep up by continuing their investments in safe and accessible transportation infrastructure. Our vision is that, in this race to build a better and more multimodal transportation network, Eastside residents will end up as the biggest winners. 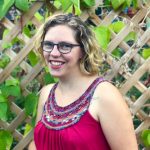 Kelli Refer is Move Redmond’s Executive Director. Move Redmond is a Transportation Management Association based in Redmond, Washington that advocates for safe streets, trails, and transit access. Kelli also serves on The Urbanist's Executive Board. 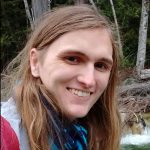 Chris Randels is the founder of Complete Streets Bellevue, an organization helping to ensure that our streets are safe for people walking, biking, rolling, and taking transit. Chris is also a Senior Eastside Reporter for the Urbanist.