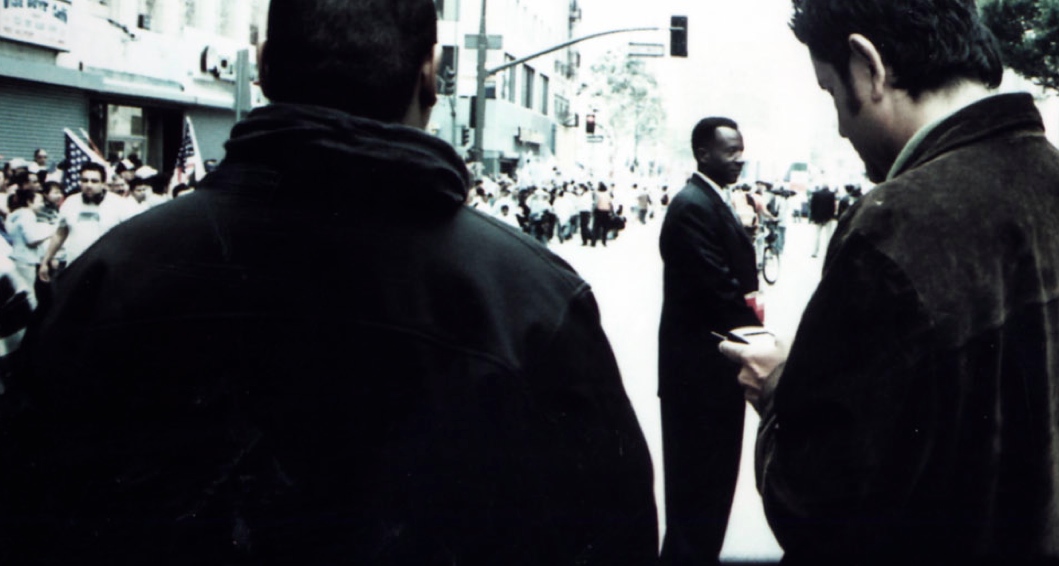 Residual fallout from my Paris situation continues to make itself known on the bus. Yet another passenger informed me that her bus also erupted into cheers when the announcement went out that I was alive– I now learn it was not just a text message to drivers, but an announcement inside the buses themselves. I find this humbling beyond belief. They never say stuff like that! I won’t go into the details of her recollections or what the operator of her bus said about me– I can only blush so much– but I’ll simply say thank you, thank you, thank you to all the generous souls out there. Even more mind-blowing was an older Asian man at the bottom of Rainier Valley, nice fellow but by no means a fluent English speaker, who last night said,

I was incredulous. Way out here, underneath a streetlamp at 12am, on the wrong side of town. I tell people that the impact they have always extends further than they’re aware, but I forget the mantra also applies to me. It’s all a bit much to handle, though.

Equally invigorating is to simply drive around picking people up who have no idea what I’ve just been through, to see faces happy and angry, thankful, spoiled, excited, tired… no better way to get out of one’s own head.

In such a manner I was talking to passenger Alex about all manner of non-Paris concerns. I don’t even remember what we were going on about. Something about youth shelters, and then his theory of how there’s two types of bus drivers, those with power and control issues who therefore find difficulty serving others and those who think the act of serving others is a worthy thi–

“That guy’s so awesome.” I just had to interrupt.
“Really?”
“Not to interrupt. But yeah, the guy getting off with the bicycle. He has pretty severe case of OCD,”
“Oh,”
“And when he gets on he….”

​I began to relate our encounter. Thirty minutes ago I knew nothing of the man’s condition. He was simply an extremely standoffish fellow at Rainier and Holden with an intimidating look. Dressed in black, big tonight, capable looking guy in layered clothing, the impression of mud and grime and dark recesses, multiple pockets, unzipped coats, concealed items, his eyes averted beneath the shroud of his bandanna and skull cap. He struggled with putting his bike on the bus rack, and when I went outside to assist he sprinted about twenty feet away and stood quivering, watching until I retreated back inside the bus; then raced thirty feet away to a hiding place and withdrew several stuffed, tattered garbage bags before diving into the bus, making a beeline for the deserted rear seats.

He stood back there, not sitting, glancing around furtively, trying to keep a six-foot radius between himself and any other passenger– difficult in the limited space. Subsequently he flew back up to the front, ignoring any greeting of mine, and placed a dollar bill on the farebox, withdrew it, placed it on the farebox again, withdrew it, repeat, then the dollar in the bill slot. The same thing again with the second dollar– three feints, then in; and now the coins; he accepts the transfer before hurtling to the rear again.

It’s the least populated part of the bus, but others are coming aboard now, and three teens go back there and crowd him. His moving away from them strikes them as comical, confusing, and then offensive. They ask what his problem is, what he doesn’t like about them, the whole bit. It’s odd, seeing scrawny teenagers ganging up on a guy who looks like a mashup of Jean Valjean and Bill Sikes. Magpies haranguing a golden eagle. He is silent, a caged animal looking for his own corner. They lose interest after a time. They’re not so bad.

At Seneca, he catapults himself out the rear doors and sprints past the front to his bicycle on the rack. In the moment of his passing the open front door, we make eye contact for the first time.

His eyes are brown and kind, with the hesitant shyness you find in the lonely. The purpose of his glance is to alert me to his stepping on front of the bus to remove the bicycle; I give him the upward nod in return, acknowledgment and respect in one twitch of a muscle. After he’s retrieved his bike, he looks at me again, safe now on the other side of the glass windshield. He waves. There’s a tentative friendliness there, a hopeful twinkle peeking out beneath the grime and heavy gear.

His expression is uncannily like a high school memory of mine, when a new quiet friend across the cafeteria waved at me, haltingly, hoping I was indeed smiling at him and not someone right behind.