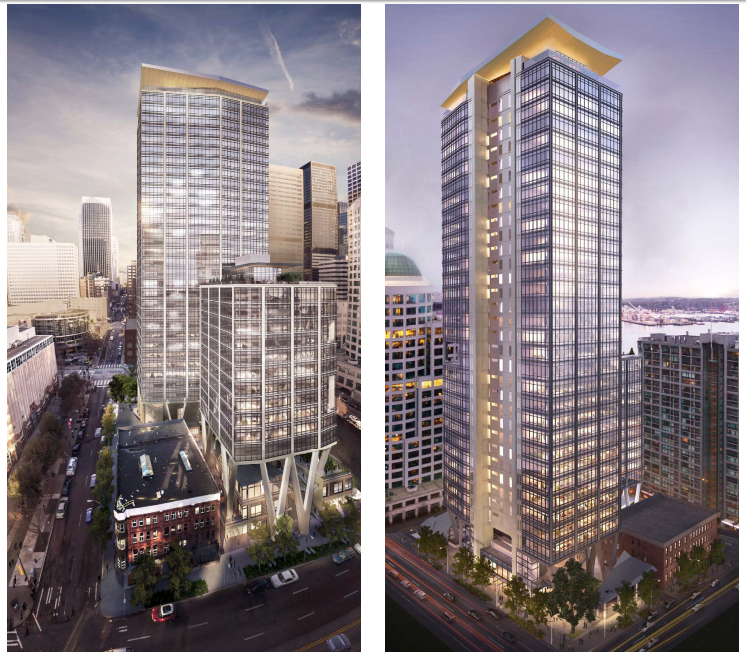 Monday was a somewhat unusual meeting for the Seattle City Council. Leading off the proceedings was Mayor Ed Murray who delivered his remarks on the proposed 2017-2018 budget and transmitted his proposal to the City Council. The lion’s share of his speech focused on Seattle’s homelessness and affordability crisis. His sober account of the crisis indicates that he grasps the depth of problems and that solutions to them will be hard fought, requiring cooperation from many partners within and outside of the city. The mayor referred to the year ahead as the “year of good governance”.

Turning from this, the City Council convened their regular meeting and faced an incensed crowd frustrated by having been closed out from the Mayor’s budget address, which was only open to City staff and to the press. After hearing from the public, the Council approved a full slate of land use and transportation ordinances and resolutions at the meeting, including two unfinished business items from last week.

Last Tuesday’s meeting of the Seattle City Council’s was cut just a bit short due to protestors who sought to shut down proceedings over the King County youth detention center rebuild proposed for the Central District. A contract rezone on the edge of the Central District was partially approved, but the zoning map amendment and Property Use and Development Agreement hadn’t been passed. Council made right on that yesterday, paving the way for a 144-unit, five-story mixed-use project on the corner of 23rd Ave E and E Union St. The City will also get about $60,000 in affordable housing payments as part of the rezone due to proposed commercial component. The developer acknowledged that the Mandatory Housing Affordable-Commercial requirements applied to the rezone.

The Council also authorized the Swedish Medical Center-First Hill skybridge right-of-way use petition and supplementary public benefits. The deal would allow Swedish to use the air rights above Minor Avenue for 10 years in exchange for an annual fee and could be extended further under the terms. Swedish will provide a variety of public benefits, including: intersection improvements at Columbia Street and Minor Avenue, streetscape improvements on Minor Avenue, development of a new public garden near the skybridge, and two pieces of public art.

In addition the the skybridge over Minor Avenue, Swedish Medical Center is actively pursuing a tunnel under Minor Avenue in nearly the same footprint of the skybridge. Councilmembers were briefed last week by City staff on the proposal. Swedish hasn’t completed their formal petition to construct a tunnel below the street, but City staff wanted to get a concept approval from the City Council before moving further on developing cost estimates for bonding, insurance, and an annual permit fee to use the City’s right-of-way. Council gave their consent on the concept proposal yesterday.

Skanska USA is proposing to construct two towers and a series of podium structures on a Downtown block. One tower would would rise 41 stories while the shorter of the two would reach 20 stories. Called 2+U (1201 Second Avenue)–named after the streets Second Avenue and University Street–the project would require an partial alley way vacation between First Avenue and Second Avenue to become a reality. That’s because the towers would straddle over the alley and the podium structures. A total of four buildings would be demolished on the block–two buildings each on First Avenue and Second Avenue–to make way for the development. However, the Diller Building, one of the first buildings built downtown following the fire of 1889, will remain on the block.

Skanska has designed public space into the project concept. Between the podium structures, Skanska would provide permeability for public across the site with welcoming features. Instead of just an alley, a diagonal through connection would reach from First Avenue to Second Avenue from the southwest to the northeast. Another through connection would snake behind the planned retail on Seneca Street while an open connection would be just south of the Diller Building. One-third of the alley would remain in place from University Street to provide emergency and service access to the center of the site; the alley will essentially operate like a woonerf. To add open space and views, Skanska would develop an overlook on the Seneca Street side with level access from Second Avenue.

Skanska will spend over $12.25 million in public benefits as listed in the table below:

Exceptions will apply to arterial streets outside of the Center City, but more than 2,400 miles of city streets will get the lower speeds. The proposal unveiled by the Seattle Department of Transportation (SDOT) earlier this month ahead of the legislation and has wide community support. The lower speed limits are only one portion of the City’s toolkit in advancing Vision Zero, the program to improve safety and reach zero deaths and fatalities by 2030. Lowering speed limits will not only encourage drivers to slow down, it will also allow SDOT unleash significant redesigns of streets that will further improve safety.

A long-standing pocket park (2701 E Harrison St) in the Madison neighborhood is now becoming a formal city park. Located at the corner of E Harrison St and MLK Jr Way E, the 11,290-square foot park is named after Julia Lee Roderick Knudsen. Mrs. Knudsen’s husband C. Calvert Knudsen dedicated the property as park in memorial of his wife in 1993. The Madison Valley Park Foundation (MVPF) acted as the primary caretaker and owner of the site after ownership was transferred. Now MVPF is turning the property over to the Seattle Parks and Recreation. Known as a peaceful place, the park has an Italianate garden and wooden benches welcoming neighbors.