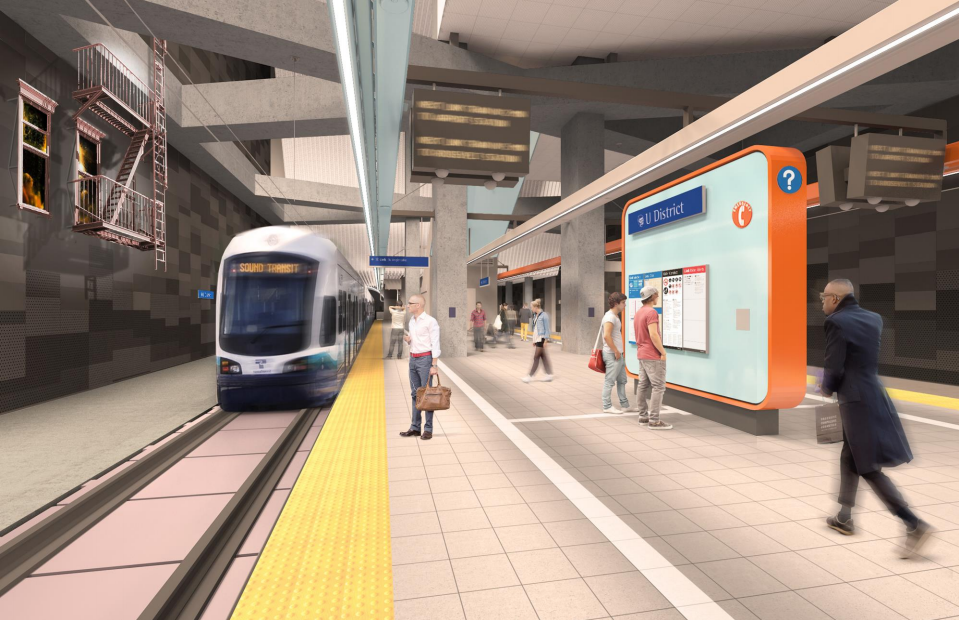 A 25-year investment in high quality transit is a big commitment to make, but the Puget Sound Region just made it after last night’s ballot drop showed Sound Transit 3 (ST3) with an insurmountable 55% to 45% lead. The Sound Transit taxing district has an estimated population of 2.8 million and covers most of the Seattle-Tacoma metro area (excluding some suburbs like Marysville and Arlington).

The campaign against Sound Transit Proposition 1 (ST3) was robust with The Seattle Times leading the way with its editorials and the slant its editors wormed into their coverage. The state Republican party and most of its candidates, from gubernatorial candidate Bill Bryant on down opposed the ballot measure. Bellevue real estate mogul Kemper Freeman largely bankrolled the opposition. His money amplified opposition voices but ultimately proved inadequate.

Puget Sound voters who would not let perfect transit be the enemy of good transit ruled the day. The measure passed by a wide margin in Seattle, as expected, and is sitting at 58.5 percent King County-wide.

The careful listening Sound Transit did to Snohomish County leaders seemed to pay dividends with the measure earning a 51.6 percent majority in the district’s northernmost county. Paine Field alignment gave many urbanists heartburn but it helped ST3 earn a majority of Snohomish County’s votes.

Running light rail all the way to Tacoma may have seemed foolish (BART-like even) to some, but it will be interesting to see city by city results because it’s likely ST3 won in Tacoma to help keep the percentage from getting out of hand in sprawled out Pierce County, where it’s sitting at 44% of the vote.

Now, as exciting as this investment in Seattle’s transit future is, the mood at the ST3 victory party at The Crocodile in Belltown last night was soured by the crushing defeat Hillary Clinton sustained nationally. And, to add another wrinkle for a city already rattled by the election of an open bigot and misogynist, that defeat means greater uncertainly for federal transit grants, as The Transport Politic‘s Yonah Freemark pointed out. But the silverlining is that Trump’s presidency can last only a fraction of ST3’s 25-year investment. Hopefully just four years!

Even with the presidential surprise, early ST3 projects should still mostly be on track, such as delivering what could be the region’s first true bus rapid transit (BRT) line with the Madison BRT project in 2019. Two larger BRT projects on I-405 and SR-522 are expected in 2024. Unspecified improvements to the RapidRide C and D are also due by 2024 in the plan. 2024 is also the expected year of Central Link light rail extending to Federal Way Transit Center and East Link extending to downtown Redmond, building on the big ST2 buildout due in 2023.