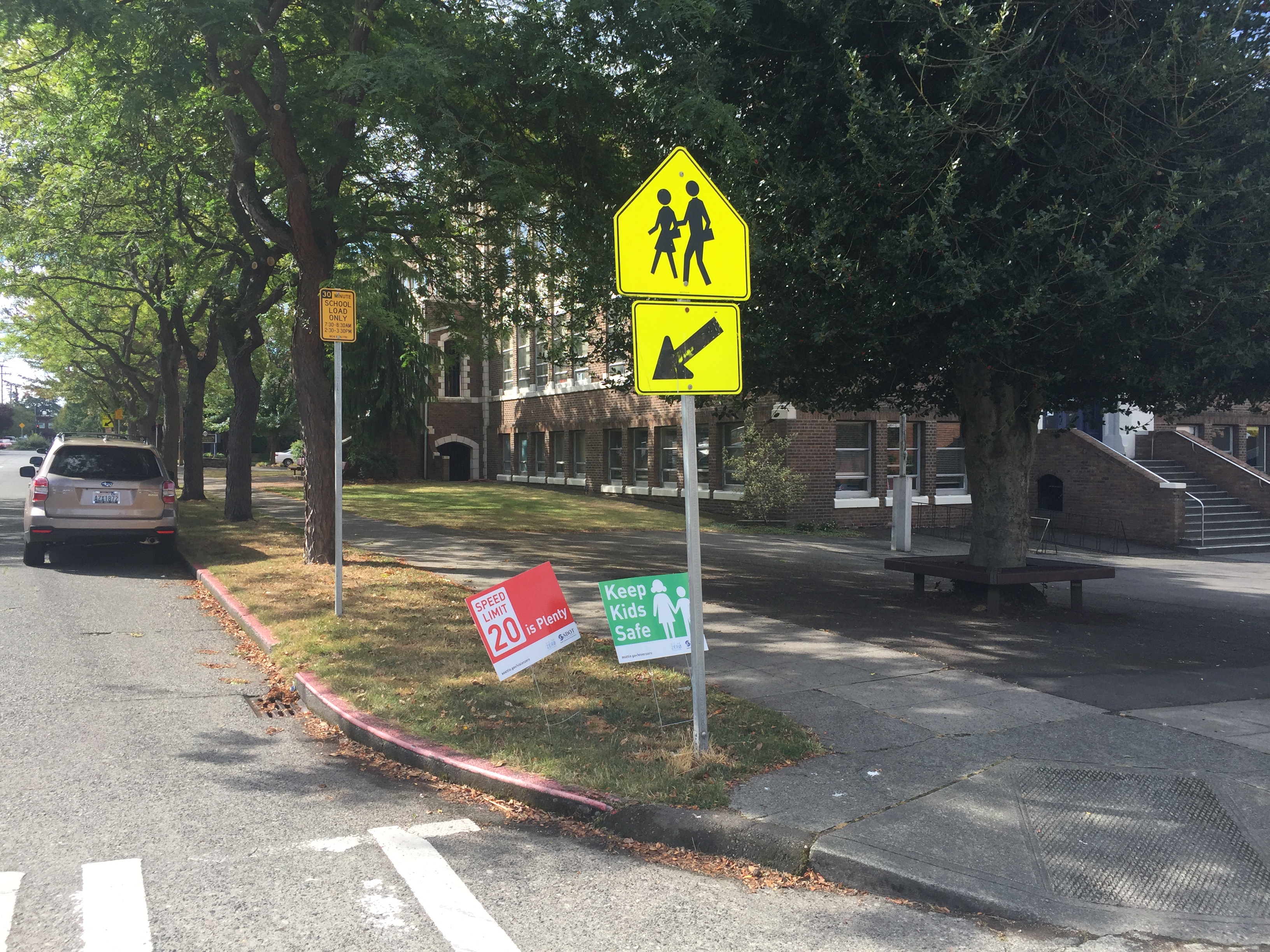 Most streets in Seattle officially had 5 mph knocked off from their speed limits yesterday. Non-arterial streets dropped from 25 mph to 20 mph and arterial streets near Downtown Seattle (see map below) dropped from 30 mph to 25 mph. Slower speeds in Seattle are one part of the City’s Vision Zero efforts to eliminate serious injuries and fatalities on city streets by 2030.

The speed reductions can go a long way toward making streets safer. A pedestrian that is hit by a vehicle traveling at 30 mph has a 50% chance of surviving whereas that risk is reduced substantially to a 90% chance of surviving if hit at at 20 mph. Of course, the City would rather not have pedestrians or cyclists hit or killed at all. Slower speeds means that motorists have more ability to react and avoid collisions, and likewise, gives pedestrians and cyclists a chance to get out of harm’s way. Lower street speeds allow the City to make easier changes to street design that can create safer environments for all road users.

Motorists will see new signs posted around the city indicating the policy change on speed: