We wanted to remind you that our September meetup next week will be headlined by Teresa Mosqueda, our endorsed candidate for Seattle City Council Position 8 (at-large). She comes to the race with a long history of successful union organizing and social justice advocacy (such as her leadership of the campaign to raise the state minimum wage) and an impressive coalition backing her from across Seattle’s political spectrum.

Our monthly meetup is free and open to everyone and each month features an opportunity to meet urbanists and hear from a speaker making an impact on Seattle. We’ll be at the Elephant & Castle Pub on Tuesday, September 12th, 5:30-7:30 PM. You can find us in the billiards room on the lower level.

We hope to see you there! You can optionally RSVP on Facebook.

We’re looking forward to hear Mosqueda’s pitch less than two months ahead of Election Day. If you doubted Mosqueda’s dedication to urbanism, go back and watch Growing Seattle forum in which she gave a shout out to Barcelona’s pedestrian superblocks. She will expand on the finer points of her campaign platform and take questions from the audience. Mosqueda, if elected, would be the only renter on the Council–renters’ rights just might come up. 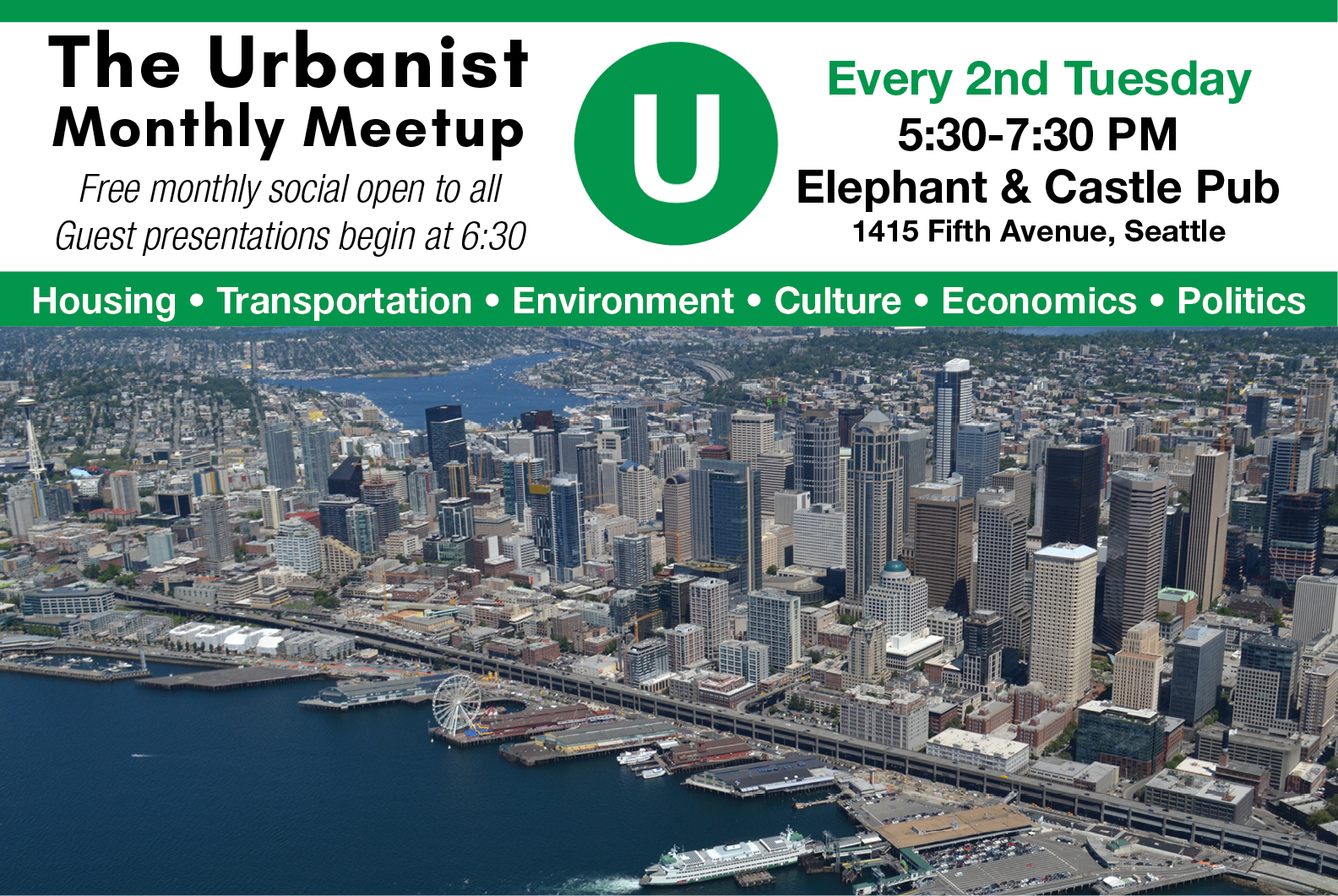