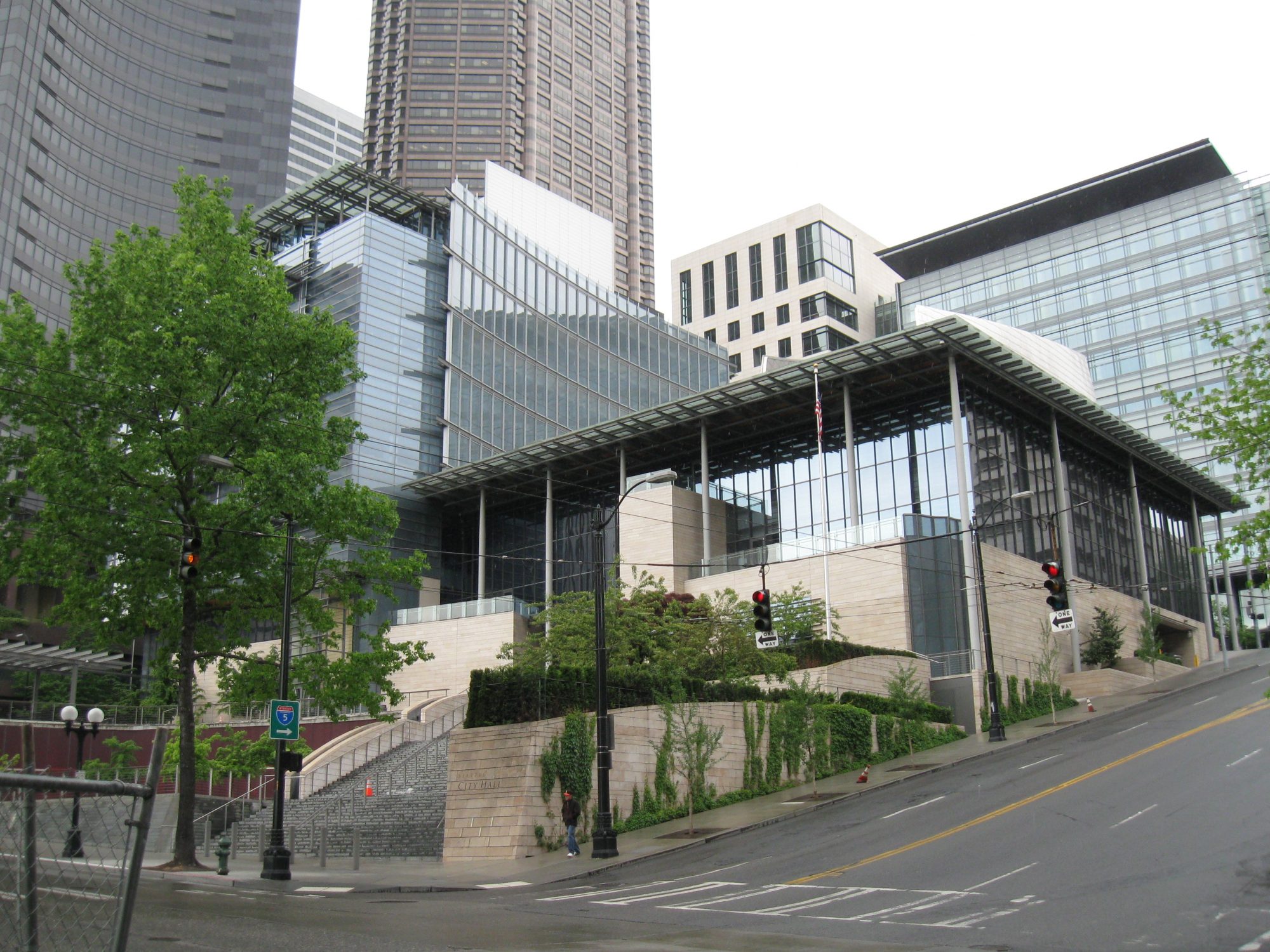 On Monday, the Seattle City Council adopted several pieces of legislation related to land use, housing, education, and the environment. While the education levy proposition is undoubtedly the marquee headline from the meeting, the city council approved more funding–though temporary–for homeless emergency services and housing that could benefit hundreds of individuals living on Seattle’s streets. The city council also adopted a 167-page omnibus Land Use Code bill and legislation to make it easier to fine noise violations by motorists.

Following closely on the heels of its move to repeal the head tax‘s $47.5 million per year stream of funding, the city council made a consequential commitment to people experiencing homelessness in Seattle for the remainder of the year. The bill authorized $6.32 million in budgetary spending to help implement the Bridge Housing Investment Strategy and added four full-time staff to the Human Services Department rosters. Funding comes from existing city reserves.

The Bridge Housing Investment Strategy increases bridge housing and shelter by 25%. That translates to about 525 more people who can be provided with shelter each night in Seattle and keeps 163 basic shelter beds operating that would have gone offline. The investment break down into:

Over the next several months, more shelter spaces will open up across the city to individuals experiencing homelessness. City hall will provide 120 additional beds by month’s end followed by 80 beds by expanding existing shelters in July. The city also expects to add 30 homes at the Yesler Tiny Home Village by mid-August and 75 “bridge housing” beds at Haddon Hall in late August. The city council also restored funding to three DESC shelters, which will keep 163 beds open. These DESC shelters had lost funding because they didn’t score well in the new metrics suggested in the Poppe report that emphasized rate of success in getting people into permanent housing.

The bi-annual omnibus Land Use Code bill was passed. The bill generally makes technical corrections, such as fixes to errors and omissions to recently adopted ordinances, improves readability, and harmonizes code citations and formatting. However, the bill invariably involves some policy changes.

The city council deliberated over some significant policy adjustments, such as design review exemptions for rowhouses, additional non-residential square footage in the DOC2 zone above the ordinary maximum height limit, and calculation of tower separation in a limited circumstance:

To give a sense of some policy changes made through the omnibus bill, here are four examples:

The city council acted to abate noise from vehicle exhaust sources. The primary purpose of the law is to discourage cruising with amplified and unusual noise from vehicles. For instance, some motorists choose to modify their mufflers to produce loud combustion noises, which are highly disruptive and harm people with hearing sensitivities.

Traffic noise citations have been falling for the past seven years, but not because violations are actually going down. Enforceability is the problem. Current law only allows citation if a vehicle exceeds 95 decibels. Police must use devices to measure the noise level, which makes it difficult to cite offenders. New city law will allow police to cite drivers who produce audible motor sounds 75 feet away or more from the roadway. The law will be enforced actively in Alki through the local community policing plan. Whether or not the law will be implemented citywide is still unclear.

The city council approved a proposition to reauthorize the citywide Families, Education, Preschool, and Promise (FEPP) Levy. The levy provides for in-school healthcare programs, free two-year community college tuition for graduating public high school students, additional public school programs, and free preschool for qualifying families and early learning programs. The levy would raise $637.9 million from 2019 through 2026. A corresponding resolution dictates several line-items on how revenues should be spent and the actions to be taken by the Mayor and Seattle Department of Education and Early Learning: