In the past two decades, development in and around Northgate has, for the most part, been a bit sleepy. Every few years a new project would complete, but in 2019 three apartment buildings opened. With the Northgate light rail extension to begin service on October 2nd, several projects are currently underway, and many more are in the planning and permitting process.

Long anchored to the first of its kind Northgate Mall, the area is warping with the old mall property. The diffuse neighborhood has long been standard suburbia defined by single-family homes and strip malls. Changes coming to the Simon-owned mall property signal the start of a possible transformation of Northgate with dense residential and commercial development. The introduction of light rail service and a new transit center offer many transit-oriented development opportunities, albeit the development is being artificially limited by neighboring I-5. Upzoning and the significant publicly owned lands in the area will provide an influx of both market-rate and affordable housing options.

Most of this change is happening within a couple of blocks of the dismantled mall. Outside of the obvious mall cluster, Northgate’s urban village jumps across I-5 to capture some of Haller Lake and Licton Springs. I’d also include North Seattle College, and capture the upzoned strips in Pinehurst and Maple Leaf into Northgate Urban Village’s orbit. Other nearby non-single-family zones are captured by the Lake City Way corridor, two Aurora Ave urban villages, and the Green Lake/Roosevelt urban village.

“Northgate’s position for an explosive economic recovery [and development] is no accident. It results from years of preparation to sustainably add density and invest in big infrastructure projects, like the light rail, to attract partners like OVG and NHL Seattle. The NHL’s new training facility alone will bring an additional 80,000 visitors to the area annually. Northgate is the future of development for a greener, more interconnected urban experience, not just in the North End but all of Seattle,”

Before we get to the mall developments, let’s tackle what’s in less flux. The three apartment buildings completed in 2019, referenced at the beginning, and other incoming projects include…

Outside of the NHL practice facility, the mall development is still undergoing planning and permitting. Fortunately, unlike the two-story practice facility, the rest of the buildings planned on the property will be using most or much of their density allowances. The four mixed-use buildings with residential units will all be on 5th Ave NE, office buildings will populate the south, and a couple of hotels wrap up Simon’s plans in the north of the development. Most or all of the buildings include ground floor retail or restaurant space. Much of the old mall’s parking lots are consumed to site these buildings, but the parking will stubbornly remain with parking garages in the new construction that will allow for more capacity for cars than ever before.

Numbers appear to still be up in the air, but mall development — use the plan set above to match plans to plots — according to the latest data as of writing this article and submitted to Seattle permit portal so far includes…

Flanking the mall development are two major sites for affordable housing development, the old Northgate transit center and Northgate Commons. Scaled down to a single building for now, 232 affordable apartments are expected to break ground in 2022 at the transit center. On the other side of the mall is the massive 8.5 acre Northgate Commons site, acquired by the Seattle Housing Authority (SHA) in 2019 and projected for redevelopment in 2025 in partnership with the City. SHA, in a April 20th presentation (see 3:12:00) to the City Council’s Finance & Housing Committee, discussed the existing 211 affordable units at around 60% area median income (AMI) and their redevelopment.

The Northgate Commons site was up for sale and at risk of being redeveloped fully into market-rate housing. SHA partnered with the City to acquire and preserve it until redevelopment. That preservation and adding substantial affordable stock to the site in a redevelopment are major goals of the acquisition. In the April presentation, Terry Galiney of SHA said that the authority wanted at least double the existing number of affordable housing units on a site poised to contain 1,200 to 1,400 units of housing. The remaining units create a mixed-income neighborhood and help offset costs of purchasing the land and planning. This maneuvering would take the form of selling off some of Northgate Commons’ land to private developers that would build market-rate and 80% AMI housing. There was also expressed desire to place space for childcare, arts, and other amenities on the ground level of the potential buildings — even a farmers market was suggested.

On the other side of I-5 is another project for affordable housing development, over 200 affordable homes on the North Seattle College campus. Bellwether Housing and Chief Seattle Club are expecting to break ground on the housing and longhouse at the intersection of College Way N and N 92nd St in 2022 and finish sometime in 2024. Moving northward on College Way N/Meridian Ave N, you encounter the Marriott Hotel at 10733 Meridian Ave N that wrapped up inspections in 2020. Crossing N Northgate Way into Haller Lake, you’ll find two projects in the permitting process. At 11224 Meridian Ave N, a four-story 57-unit apartment building with 40 parking spots is proposed. At 1724 N 107th St, a five-story 30-unit building with 12 small efficiency units, 4 efficiency units, 13 apartments, and no parking is proposed.

If you overshoot at an angle back across I-5, you might find yourself in Maple Leaf or Pinehurst’s upzoned areas. Maple Leaf has seen a bit of multifamily activity with construction at 8829 Roosevelt Way NE for a five-story 69-unit mixed use apartment building with 63 parking spots. A mixed-use apartment building seemed to be planned at 8521 Roosevelt Way NE — this project might have died in 2017, it’s currently under vacant building monitoring. Meanwhile, Pinehurst has only seen townhouse development. The neighborhood does have a Safeway, so we could see that turn into a mixed-use development like some other Safeways in the city.

In the past two years, around 350 residential units and a hotel were added to Northgate’s housing supply. Another up to 3,850 residential units are either under construction, in permitting, or in the planning process. Altogether, roughly 4,200 units — more than 600 considered affordable — could be added to Northgate if all the projects eventuate. Plus, there’re still the untouched northern fraction of Northgate Mall, plenty of aging strip malls, old offices, and even more attached parking that can be redeveloped into inclusive mixed-use multifamily or other midrise uses. More affordable units are basically guaranteed by all the publicly held land, especially the two plus acres currently held by Sound Transit for construction staging. There are also plenty of parking lots on North Seattle College’s campus to examine.

Frankly even after all this proposed development, Northgate will still have its suburban feel. The existing zoning locks in swathes of low density housing in the area. Single family and exclusionary zoning will continue to define Northgate until those regulations lose hold over the neighborhood. It’s especially important to call out the single-family areas within a 15-minute walkshed of the light rail station. We’re spending billions on transformational light rail infrastructure that will continue to expand, our zoning should reflect and overlap with the improvements in our transportation network to fully take advantage of new arteries. Lifting apartment bans would be a good start, but we should respect Thornton Creek’s watershed and seek to further its ecological restoration. More projects like Thornton Place should be looked into.

While Northgate and its neighbors have excellent transit service, the pedestrian infrastructure is wanting. Bike infrastructure is marginally improving with the Northgate Neighborhood Greenway project under construction now. A long shot transportation improvement would be a lidded I-5 or removal, which would do wonders for the walkshed and bikeshed. Just like our land use policy, we should be leveraging our transportation network to get the most out of our multibillion-dollar light rail system — east-west bus routes in North Seattle would be welcome here.

Councilmember Debora Juarez, whose District 5 includes Northgate, emphasized that all this transportation, housing, and economic investment into Northgate is not just for the neighborhood’s existing residents. She sees this development as an opportunity to aid the disenfranchised with affordable housing, proximity to heightened economic opportunity, and space for cultural programming.

“At all levels of government, we are beginning to address the redlining, racist housing covenants, and infrastructure projects that were built to separate, and prohibit BIPOC communities from building generational wealth and opportunity,” Juarez said via email. “My office’s contribution to this nationwide conversation is working with community to build a Black and Indigenous footprint in the North End. At North Seattle College, Chief Seattle Club is building a longhouse for Native students and the greater community. Seattle Indian Health Board is expanding its operations into the area and opening a new clinic.”

Councilmember Juarez also highlighted the Northgate pedestrian bridge and the need to accelerate 130th St Station, which could open in 2024 with Lynnwood Link — or at least shortly thereafter.

“We hope to name the new pedestrian bike bridge at Northgate after the civil rights leader U.S. Representative John Lewis,” she added. “We are fighting for the NE 130th St. Infill Station because access to opportunity is a racial justice issue. With every project, we are building a North End that reflects our values and the diversity of the residents.”

I grew up in Northgate, not too far from the mall. I have vague memories of Northgate North Mall’s construction, and Thornton Creek’s daylighting and mid-rise construction. My maternal grandparents had just immigrated from Shanghai and would take full advantage of the transit center to bring me on trips to Chinatown and Seattle Center. I’ve seen my first Seattle neighborhood’s accelerating transformation throughout my years. I also walk on the same sidewalk-less streets that I walked as a child on my way to Olympic View Elementary School.

Documenting all this development has been full of an odd excitement to me. I know we can do better though; there’s plenty of room to give families of all kinds the experiences that I had growing up in Northgate, only enhanced and urbanized for a new century. 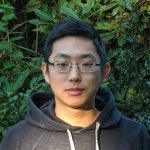