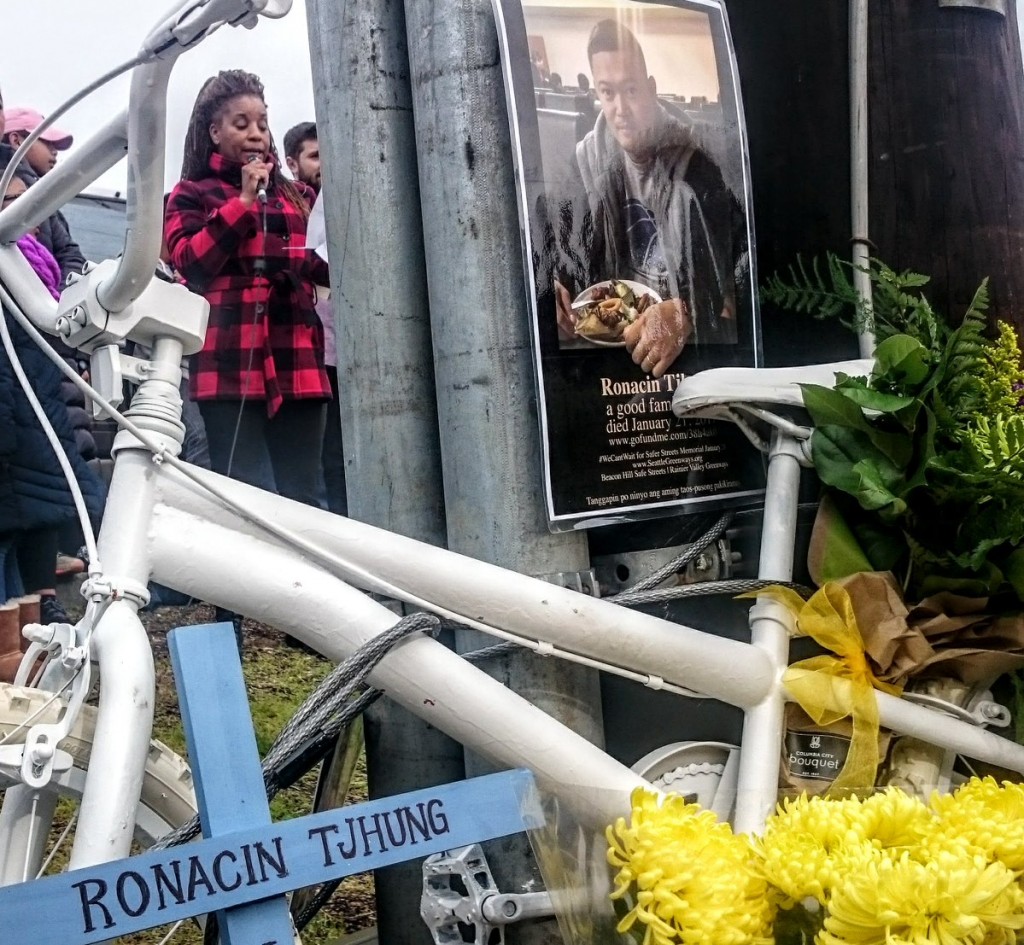 Every life is precious, and over the course of a year, thousands of lives in Seattle are impacted by traffic violence.

In just the past few months in Seattle, two young parents were hit and killed by people driving, people young and old were maimed for life crossing the street, and people commuting to work who’d love to get healthy exercise by walking or biking to their jobs were intimidated by speeding and distracted drivers and so refused to continue commuting by active transportation.

As a society, we’ve chosen to accept this loss of life and freedom as our collective cost of driving.

Serious road injuries and fatalities also have a real economic cost. A shockingly high cost it turns out.

The High Cost of Traffic Violence

The high cost of traffic violence is what we asked Tim Ganter to capture in his extraordinary data visualizations.

Let’s look at one example, the intersection of Rainier Ave S with MLK Ave S, better known as the Accessible Mt. Baker project. In 2016, our advocacy group successfully lobbied for more funding to go to this intersection.

Tim’s new map tells the story of what our local advocates had verified on the ground.

So which fact is more shocking? The money or the violence?

Which fact is most likely to influence public opinion and get leaders to invest and take action?

Stories of individual lives lost and shattered because of traffic violence are compelling. But so too are the dollar costs to our society for choosing to invest in streets that favor safety over speeding.

Please let Tim and @SNGreenways know how you use this work in your own neighborhoods. And let Tim know if you want his expertise in developing traffic data visualizations for your own community.

The title image is courtesy of Seattle Neighborhood Greenways and depicts Ronacin Tjhung, father of four young children, who was struck and killed in January 2017 at MLK and South Graham on his way to work.

This is article is a cross-post from Seattle Neighborhood Greenways.