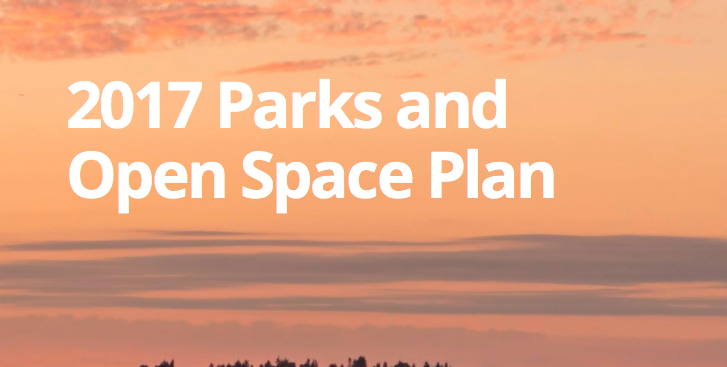 On Monday, the Seattle City Council approved a new Parks Development Plan and a list of proposals to be further evaluated as part of the 2018 annual docket to the Comprehensive Plan. The Parks Development Plan, which guides capital investments in recreation and open space facilities over the next six years, received substantial changes over the previous plan in 2011. Seattle Parks and Recreation (SPR) is changing the paradigm for level of service for parks and open space by departing from the metrics of old. Meanwhile, a long list of proposals to amend the Comprehensive Plan will be vetted by the Office of Planning and Community Development before further consideration by the City Council next spring.

The Parks Development Plan (officially called the “2017 Parks and Open Space Plan”) is a city-wide plan that guide investments in recreation and open space facilities through 2022 and forms an element of the city’s Comprehensive Plan. The plan was separated out from the Seattle 2035 process, giving additional time for the plan to be developed.

The plan identifies some 263 different priority improvement, expansion, maintenance, replacement, renovation, and debt service projects for parks over the next six years (estimated at over $350 million) that are pending approval. Another bucket of projects are identified as programmed capital facility improvements over the same period (e.g., expansion of the Seattle Aquarium, synthetic turfing at playfields, and trail renovation). And a handful of discretionary projects totaling more than $127 million remain unfunded, including linear street parks (e.g., Bell Street extension and Ballard Avenue), new sports courts (one each of the city’s four quadrants), and off-leash dog parks (two in each of the city’s four quadrants).

The following is a snippet of key changes from the plan, which Seattle Parks and Recreation highlighted in a report from last month:

In developing the new level of service standards, SPR conducted a gap analysis to look at how accessible existing recreation facilities are to area residents using a variety of different inputs, such as walkability, equity, and density. This process was highly informative in where new services may be necessary.

On Monday, the Seattle City Council adopted a slate of topics to be analyzed as part of annual updates to the Comprehensive Plan. More than a dozen different amendments were proposed by the general public (see CF 320265), including proposals to discourage aerial trams, shrink urban villages and protect areas zoned single-family residential, and reduce spillover impacts of parking. Other major proposals were already previously identified, such as expansion of urban villages to implement the Mandatory Housing Affordability program and adopting amendments related to industrial lands. The City Council also requested that amendments be prepared to implement impact mitigation fees for new development.

Two proposals by the City Neighborhood Council would amend Land Use policies in the Comprehensive to address parking and concurrency of new public facilities to serve new development. The parking policies seek to reduce spillover parking into neighborhoods beyond urban villages and urban centers (see pages 305 through 310 of CF 320265). Proposed policies include amending Land Use Goal 6 and creating two new policies:

LU6.X Establish off-street parking requirements for developments occurring at the boundaries of urban centers and urban villages to reduce spillover parking from zones of greater intensity to zones of lesser intensity.

LU6.X Require mitigation of permanent parking impacts from all development when parking utilization on streets within 800 feet of a proposed development reaches 85 percent utilization.

These goals and policies would direct the City to create new regulations that effectuate their intent.

Another proposal by the City Neighborhood Council would add a definition to the Comprehensive Plan defining what “concurrency” means (see pages 311 through 316 of CF 320265). One definition that City Neighborhood Council suggested the use of a definition under the Washington Administrative Code (WAC 365-196-210), which defines “concurrency” as when “adequate public facilities are available when the impacts of development occur, or within a specified time thereafter.”

A third proposal submitted by the City Neighborhood Council, Wallingford Chamber of Commerce, and Wallingford Community Council would further amend Land Use Goal 6 (see above) by replacing the phrase “lower construction costs” with “increase affordable housing” as it relates to regulating off-street parking (see pages 317 through 322 of CF 320265).

The City Council has signaled a desire to consider amendments that would facilitate implementation of the Mandatory Housing Affordability (MHA) program, including adjustments to policy and the Future Land Use Map (FLUM). The biggest changes would involve expanding urban villages and eliminating references to the preservation of single-family areas if they conflict with implementation of MHA.

As part of the MHA review, a few parallel private proposals would be considered alongside the review could result in changes to urban village boundaries or revise local Neighborhood Plans. These include:

Additionally, a variety of proposals would make changes to the Land Use Element, including:

Industrial lands have been a recurring topic, particularly as they relate to the Comprehensive Plan. Temporary policies were adopted for Seattle 2035 while the City Council waited on a comprehensive analysis and set of recommendations on how to manage industrial lands in the years ahead. The Mayor commissioned a full study and advisory panel to deliver recommendations last year, which have yet to be delivered. As part of last year’s docket, the City Council specific sought to focus on the Ballard-Interbay-Northend Manufacturing Industrial Center (BINMIC). This year, the City Council has once again expressed an interest in this analysis but with the addition of the Stadium District (essentially reviving earlier work from a few years earlier) and other specific proposals by private individuals:

The City Council has requested that the Office of Planning and Community Development carry out review of impact fees:

The Council requests that the Executive forward any amendments necessary to support implementation of an impact fee program for: public streets, roads, and other transportation improvements; publicly owned parks, open space, and recreation facilities; and school facilities. This may include amendments to update or replace level-of-service standards or to add impact fee project lists in the Capital Facilities Element and amendments to other elements or maps in the Plan, as appropriate.

The proposal is not surprising given that it has been an ongoing policy initiative of the City for some time now and recently received the the full backing of Councilmembers Lisa Herbold, Sally Bagshaw, and Mike O’Brien in an op-ed to The Seattle Times. Under state law, impact fees may be imposed on new development for new capital facilities, such as parks and open space, roads, schools, and fire protection facilities.

Some docket proposals, however, were rejected by the City Council. These included: