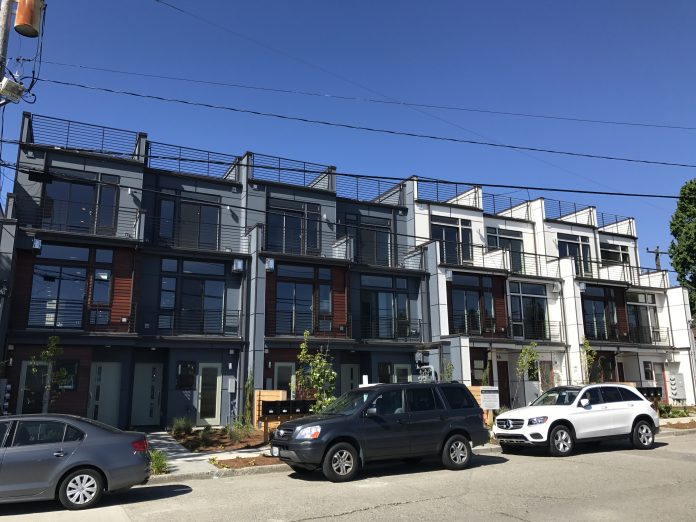 “Too many workers, including teachers, firefighters, and police are getting priced out of this great city. Seattle urgently needs more affordable housing options,” Mayor Durkan said in a statement. “As the fastest growing city in our country, we need more affordable housing so people who work in our city can live in our city. The Affordable Middle-Income Housing Advisory Council has the opportunity to pinpoint a diverse range of housing options and creative financing models that can help Seattle’s middle-income residents and help create an affordable Seattle for all.”

In a press release, the Mayor’s Office said they had heard from community for more than a year on the need to tackle affordable housing options at the middle-income range.

“While the private sector has responded to market demand for smaller apartments in the city’s densest neighborhoods, and nonprofit developers are helping respond to the significant need for lower income affordability, the ‘missing middle’ has become an area of increasing concern,” the Mayor’s Office wrote.

While there are clear impediments to the development of “missing middle” housing, the city also continues to vastly lag in the production of low-income housing, public housing, and emergency shelters. The contributions to nonprofit developers from Seattle’s housing levy and Mandatory Housing Affordability (MHA) program will help speed up more housing options in the coming years, but it is hard to say that the private market has truly responded to demand when the need remains so great for so many people.

The advisory council will pay special attention on how to create social impact funds, use city-owned property for housing, and capitalize on designated opportunity zones, the press release said. The latter policy, however, may give rise to concern since opportunity zones are primarily located in areas at high risk of displacement of low-income residents by more expensive housing and commercial development with heavy tax windfalls going to investors.

The advisory council will also be charged with the following objectives, according to the press release:

The advisory council has some big names, including former Governor Gary Locke (D-Washington) and Ada Healy, Chief Officer of Vulcan Real Estate, as co-chairs. The cross-disciplinary nature of the challenges facing middle-income housing has led Mayor Durkan to choose a mix of banking and finance, building industry, labor, legal, and community leaders to provide advice. Many of the building industry representatives, however, appear to be large-scale development interests, not “missing middle” housing developers. Typically missing middle housing refers to projects like triplexes, courtyard apartments, and townhomes–not huge apartment complexes many of the advisory council members routinely produce.

The advisory council is expected to keep meeting throughout the year and deliver recommendations, the Mayor’s Office said. Whether or not this will culminate as HALA 2.0 with a grand report of recommendations or be rolling recommendations is still unclear.