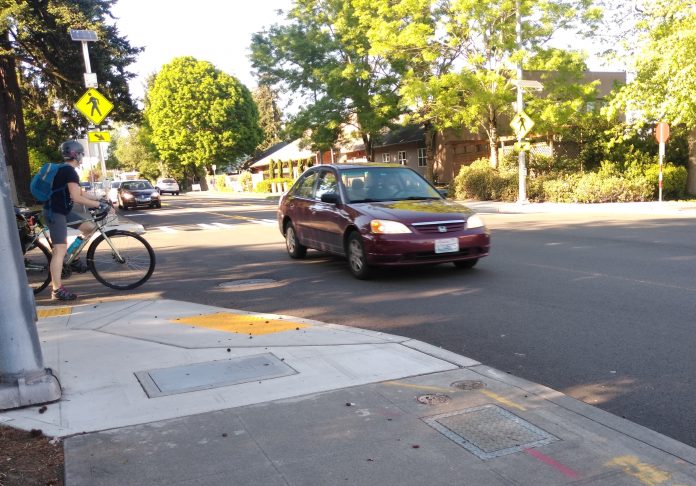 The independent board in charge of overseeing Seattle’s $930 million transportation levy has officially requested that the Durkan Administration and the Seattle City Council seek additional funding for the Bicycle Master Plan’s (BMP) implementation for the remainder of the levy. In a letter sent last week, cosigned by the two chairs of the committee, Betty Spieth-Croll and Ron Posthuma, the board requests that city leaders identify funding sources outside the levy to supplement the bicycle program, and additionally welcomes a conversation about which other levy sub-programs could have funding diverted into bicycle facilities.

This letter follows news of a similar letter being sent by the Seattle Bicycle Advisory Board asking the city to do more. Following four open houses held around the city to collect feedback on the implementation schedule for 2019-2024, the most frequent recommendations from the public backed up the Bicycle Advisory Board’s priorities for increasing the number of safe bicycle connections to the southend. But the new director of the Seattle Department of Transportation (SDOT), Sam Zimbabwe, has been clear to the advisory boards and to advocates that any additions to the plan would need to come at the expense of facilities currently listed.

However, the draft plan being discussed now essentially stops building protected bike lanes and neighborhood greenways after 2021, so additional funding could jumpstart the program and allow it pick up right where the original levy funding left off. So far no elected officials have suggested any alternative funding sources, except the possibility of additional grants coming along for the program. The BMP has already received a larger amount of grant funding than had been expected by this point in the life of the levy, due to projects like the Washington State Convention Center expansion and the Key Arena renovation including bike projects.

Councilmember Mike O’Brien has also been kicking around transportation impact fees, but it’s not clear they have a path forward or that protected bike lanes would top the priorities for the revenue.

As for other levy programs to take funding from, with costs having escalated for most of the other ones as well, it will not be easy to identify a large pot of money that can be siphoned away. The letter suggests leveraging dollars with other programs, specifically mentioning paving and transit projects. Cancelling 35th Ave NE‘s bike segment left low-dollar improvements to the bike network off the table. Many of the repaving projects planned for the remainder of the levy are already being paired with bike projects, notably Green Lake Way and the scant mileage in Southeast Seattle on S Columbian/Othello/Swift Ave and SW Myrtle Street.

But 15th Ave S in Beacon Hill, currently home to only an uphill painted bike lane, could be a possible source of leveraged dollars as that street is scheduled to be repaved in 2022. 15th Ave NW, a seven-lane road with on-street parking, is likely not on the table for any leverage despite being scheduled to be repaved in 2023. The BMP’s map pretends this street does not exist.

The transit program is itself way behind its expected funding targets, with three planned RapidRide lines being scaled back to spot improvements only and no indication from city hall that more funding should be found. The most important bicycle connection along a future RapidRide line, Eastlake Ave E, is still in the plan, but it’s still dependent on federal grant dollars that are not yet secured. Another potential stumbling block, that project faces stiff opposition from neighborhood parking advocates.

Another program that could be leveraged is Vision Zero corridors, which are expected to exceed their levy goals. Unlike bicycle safety projects, which have a pretty clear set of improvements that come along with them, Vision Zero corridors are less well-defined, and recently have consisted of minimal rechannelizations (like on 24th Ave E) or basic signal improvements (like on 4th Avenue downtown). NE 65th St is the exception to the rule, where bike safety funding was leveraged with Vision Zero spending to implement a radical transformation of a highly dangerous corridor.

The program closest in spirit in the levy to bike safety projects is bike parking. According to the levy progress reports, by the end of 2019 we will have added almost exactly the number of planned bike parking spaces promised by the levy (1,500 spots) while still retaining more than $3 million in levy dollars for the program through 2024. When the program was planned, permits from bikeshare companies for bicycle parking was not something that even existed, so it may be worth reassessing whether general levy dollars should go toward bike parking when there’s a new source of funding coming in.

The city council would have to approve any significant movement of funding between levy programs, and it’s not clear if there’s any appetite for doing so. Councilmember Mike O’Brien, who sits in on levy oversight committee meetings, told the board after reviewing the letter that it “sends a pretty clear message” to city leaders. The real direction for the future of the Bicycle Master Plan will need to come from Mayor Jenny Durkan, who cited a generic need to improve safety for biking and walking in her State of the City address earlier this year but has not gotten into any specifics on what’s happening with the program.

The implementation plan is set to head back to the Transportation and Sustainability Committee in early June.

You can read the entire letter sent by the Levy Oversight Committee here.