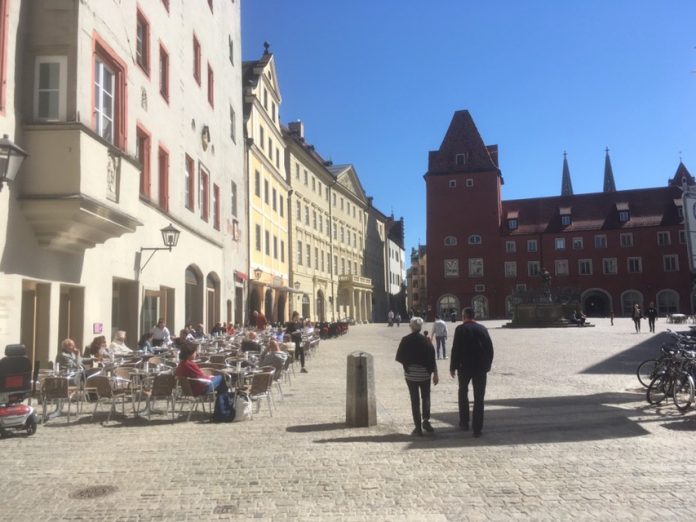 Last week, the International Energy Agency (IEA) announced that growing customer preference for sport utility vehicles (SUVs) are leading to increased emissions. The gains in carbon emissions due to SUVs have decimated all emissions saved from electric vehicles. Today, there are 165 million more SUVs worldwide, as there were in 2010. In that same time period, less than 10 million electric vehicles have been sold. According to the IEA, in 11 years, electric vehicles will still make up less than one in 14 vehicles on the road. The report goes on to state:

If consumers’ appetite for SUVs continues to grow at a similar pace seen in the last decade, SUVs would add nearly 2 million barrels a day in global oil demand by 2040, offsetting the savings from nearly 150 million electric cars.

The IEA report parallels recent reports from the European Union, where auto emissions, despite falling for years, have gone up the last two years–specifically due to the proliferation of SUVs. With SUVs being one out of every three new cars sold in the European Union, SUVs have obliterated the savings gained through electric vehicles (EVs) here as well.

There aren’t enough economic incentives to overcome this deficit, especially in under a decade.

A Union of Concerned Scientists study estimated that electric cars have about half the lifecycle emissions of a conventional car equivalent. The problem is that electric cars are only as clean as their electricity source and as the size of cars scale up so do energy demands and embodied carbon. Moreover, our climate goals do not stop at halving carbon emissions; the Intergovernmental Panel of Climate Change says we must get to net-zero by 2050 to avert the most devastating outcomes of climate change. Electric cars without deeper reforms–like regulations on the size of vehicles and where they can go–might just lock in emissions.

But this is far from the only problem with SUVs. The surge in SUVs has led to an unprecedented safety crisis–as former Streetsblog writer Angie Schmitt has highlighted. Nearly two-thirds of all vehicles sold in the United States are SUVs or trucks. American pedestrian deaths since 2016 have all been higher than they were in 1991. We have also eradicated all of the safety gains in the automotive industry: 50% more pedestrians were killed by cars in 2018 than in 2008. More gizmos and innovation are not going to fix this problem exacerbated by physics, and terrible road design, either.

That many of these cars are largely utilized to move a single occupant is also problematic. Cities around the United States are struggling with increased congestion, as housing shortages have exacerbated super-commutes. SUVs take up more room than a small- or medium-sized vehicle, require larger parking stalls (which increase construction costs), and wider on-street parking (especially problematic where sharrows and poorly-designed bike lanes are utilized). There is also the issue of the extremely anti-pedestrian design, an issue anyone who has tried to cross a city street, especially if disabled, or with kids, can attest to.

It is becoming clearer that electric vehicles are not going to solve climate change. Replacing an internal combustion engine vehicle with an EV was never really a scalable means of reducing transportation emissions, particularly if we still have a billion cars and counting in operation. Despite massive incentives, EVs are having virtually no effect on net emissions, and more importantly, they do nothing to reduce sprawl. Currently, they seem to function as a feel-good measure. Local politicians promoting electric cars as a cornerstone solution to climate change, are pushing ineffective policies. We need to get serious about reducing car-trips, as well as eliminating the number of cars on the road. We can do this by incentivizing smarter alternatives.

A congestion fee is one means of incentivizing car trip reductions, shifting commuters to utilize greener and safer modes of transportation. The revenue can also be used to expedite build out of transit, bike, and pedestrian infrastructure. Seattle’s mayor is studying how a congestion fee could be implemented, but support from city council candidates this election season has been mixed.

Most car trips are less than three miles. Electric bikes and cargo bikes can replace most urban car trips. European cities are going all in on electric-mobility and green logistics. American cities, especially as they densify, will require this as well.

In Bayern and the Netherlands, e-bikes are already outselling traditional bikes, and we see them everywhere here, especially for the elderly. Cities need to get serious about reducing car trips, and we can only do this by building out rapid transit and safe cycling infrastructure, and shifting electric vehicle incentives to e-bikes, green logistics, and cargo bikes. Instead of $7,500 tax credits or sales tax rebates for wealthy consumers of electric vehicles–that are doing nothing to eliminate car trips–we should look to what other cities are doing: Oslo’s $1,200 subsidy for e-bikes has been a massive success. Paris will offer a €500 subsidy starting next year.

If we want to improve transit in congested cities, the quickest and most effective way to do it is to ban cars. Seattle recently banned cars on 3rd Avenue through parts of downtown to prioritize the 100,000 daily bus riders moved through the corridor. New York City’s recent car ban on 14th Street to prioritize transit, despite failed predictions of apocalypse from NIMBYs, has been a huge success: quieter streets, faster commutes for bus riders, less congestion, less pollution, and pedestrians able to reclaim the street without fear of death or injury. On the successes of that, San Francisco just voted to follow suit and will ban cars on Market Street.

Banning cars from large swaths of the city also has immediate health benefits, reducing localized air pollution, emissions, and noise. They also immediately improve safety for pedestrians and cyclists. The ability to hear oneself think is truly priceless in urban environments, but due to decades of automobile-prioritization, there are few urban settings in the United States where that is currently feasible.

The beauty of car-free streets and districts is that by decreasing all of these problems created by automobiles, they immediately increase livability and quality of life. We need a fundamental rethink on open space, to re-prioritize and re-democratize streets in cities for people who live there, not people driving through there. Getting there will require the removal of places for cars on our streets.