The Roosevelt neighborhood has the makings of a huge transit-oriented development success story. A building boom is underway, protected bike lanes have recently gone in, and the station site will be home to an affordable housing complex right around the time trains begin operating.

Northgate Link, along with an underground station in Roosevelt, will open in 2021, and the neighborhood–like others along the line–are already transforming. We’re taking a closer look at each neighborhood in a three-part series that started with Northgate and will conclude with the University District.

With trip times to Downtown Seattle cut to a fraction of their former time (regardless of mode), Sound Transit is expecting the 4.3-mile extension to add between 41,000 and 49,000 daily riders by 2022, and builders are predicting these neighborhoods will become extremely popular places to live, and they are adding apartments in droves. For Roosevelt, the train trip to Downtown will shrink to 11 minutes with trains leaving every four to six minutes at peak hours.

While Roosevelt doesn’t have highrise zoning, developers have been taking full advantage of the midrise zoning that it has. Thousands of apartments either have opened recently or are currently under construction.

Walking around the neighborhood a year and a half before light rail arrives, you can already feel that it’s going to be a destination for light rail riders considering the trendy cafes and restaurants going in–and an origin considering the many new apartments to call home.

Projects like The Rooster (196 homes) and Eleanor Apartments (260 homes) signaled the arrival of the Roosevelt boom–completed in 2015 and 2016, respectively. Recently projects like Iron Flats (with 289 homes) and the just completed Vida Apartments (201 apartments) are continuing the building spree. Vida also brings an iconic design, with fuchsia accents on a modernist facade right outside of the station’s east entrances. Plenty of small- and medium-sized projects are filling in the gaps too, with 78 small efficiencies going in on NE 66th St, for example.

Roosevelt has the benefit of an engaged and proactive neighborhood association. The Roosevelt Neighborhood Association (RNA) didn’t seek to stop development dead in its tracks, as some other neighborhood groups have done, but instead sought to collaborate on a plan that meets neighborhood goals for urban design and livability while still promoting transit-oriented development (TOD) near the new light rail station and making the most of Sound Transit-owned sites. They even offer a land use academy courtesy of RNA land use committee chair Jay Lazerwitz, who is also an architect. Those efforts earned the RNA a Futurewise Award in 2017.

“In the early 2000’s, the community came together and pushed for the relocation of the [light rail] station not along the I-5 corridor but in a central location in the community,” Lazerwitz said during the Futurewise Award ceremony. “Later in the 2010 rezone, it was the community that came together and actually increased the density planning for the neighborhood above and beyond what the City metrics were asking at that time.”

Sound Transit and the Seattle Office of Housing have a plan to open affordable housing on the north “Cedar Crossing” site by 2022, just a year after the station opens. Bellwether Housing and Mercy Housing Northwest are teaming up to develop the 1.2-acre site, which will host 253 homes, first-floor retail, a daycare, a public plaza, and fewer than 75 parking stalls. The plan is for more than 100 of the homes to be two- or three-bedroom apartments geared toward families.

Sound Transit has pledged to sell the property to the nonprofit developers at a discounted price, and the City of Seattle, for its part, has promised up to $15 million to the affordable TOD project. All of the homes will be reserved for households making 60% or less of area median income. Bellwether and Mercy have hired VIA Architects and The Berger Partnership Landscape Architects for the design.

While the plan is in motion for the Central Site, the smaller north and south sites are still being sorted out. Station access plans are also coming together, although more work needs to be done there, too. The vision–which RNA helped mold–is for public gathering space and high quality pedestrian and bike access.

“The light station station will be keystone place,” Lazerwitz said in 2017. “We’re at a milestone where we just finished three workshops with Sound Transit. The outcome… a strong mix of affordable housing as well as meeting some community goals–the sites along NE 66th St as a green street designation, pushing for public gathering space as a community benefit.”

Whether NE 66th St will be an effective green street remains to be seen, but one thing that already has materialized thanks to tireless efforts of advocates and the support of former Councilmember Rob Johnson is a protected bike lane passing right in front of the station on NE 65th St. It’s not a perfect design–the bus stop mixing zones can be awkward and not enough crosswalks were initially added–but it’s a huge improvement that will make it a lot easier to reach the station. There’s also a southbound bike lane on Roosevelt Way south of NE 65th St, and that facility will be extended northward eventually.

For urbanists, it’s an exciting neighborhood to hold up as a model, but all that change has also been hard to digest for some folks who grew up in the neighborhood. An area that largely used to be single-family homes is now redeveloping; the Roosevelt Urban Village taking on a new character with denser midrise apartments. Sometimes it’s old Craftsmen that are giving way to new apartments.

Other times, it’s parking lots, strip malls, and pretty rundown buildings that are being redeveloped–things that won’t be too sorely missed by most.

Roosevelt is also home to historic density. Founded as a streetcar neighborhood, it has some old apartment buildings. Some older apartments are just north of the station, and others are dotted around the area, a reminder that before singe-family zoning was instituted denser “missing middle” housing forms coexisted organically and relatively harmoniously with detached single m-family homes–and they were still grandfathered in after more restrictive zoning was instituted.

That mix of old and new missing middle housing interspersed with dense mixed-use buildings and the hallowed Craftsmen of yesteryear could create a really vibrant neighborhood.

On one hand, it’s great that the area near a light rail station is getting denser. After all, we’re spending almost $2 billion on the Northgate Link extension. It’d be a shame not to get the most use out of it. On the other hand, the fact that, seeing their neighborhood change so fast, some people have a hard time with it is also understandable. It takes time.

But hopefully–especially in five years’ time when the neighborhood has sort of solidified around the light rail station–the benefits of Roosevelt’s transformation will be apparent and there will be a little something for everyone when they hop off the train.

It’s our fall subscriber drive, so you know what to do if you’d like to support journalism like this. 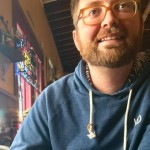